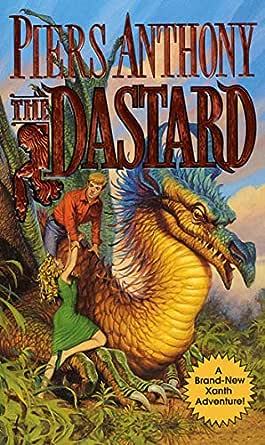 You've subscribed to Xanth! We will preorder your items within 24 hours of when they become available. When new books are released, we'll charge your default payment method for the lowest price available during the pre-order period.
Update your device or payment method, cancel individual pre-orders or your subscription at
Your Memberships & Subscriptions 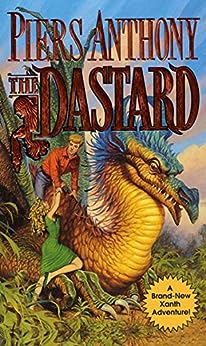 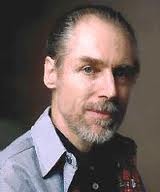 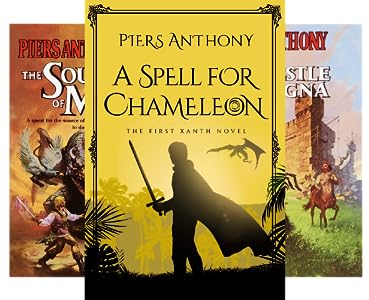 From the densely populated imagination of Anthony (Xone of Contention) comes yet another pun and reader-suggestions-laden tale of Xanth. Many familiar characters make their appearance in this slowly unwinding yarn about the eponymous boy, self-named for his dastardly deeds, who undoes history in order to ruin the happiness of everyone he meets, and about the triplet princessesDMelody, Harmony and RhythmDwho are in the conspiracy to stop him. Along for the ride is the dragon/girl, Becka, who refuses to show the Dastard her panties. A poor introduction to Anthony's brand of fantasy, this novel will leave readers feeling as though they've just slogged through one of those deadly comic strips in which the puns come fast and furious and drive everyone mad. Only the staunchest fansDbut there are many of theseDwill be moved to send in their suggestions for the next book. The assertion by minor characters in the book that "we hate Xanth... we detest puns... we're critics" may prove a self-fulfilling prophecy for all who shake their heads at a man reading a book who eats litter. He's "litter-ate." (Oct.)
Copyright 2000 Reed Business Information, Inc. --This text refers to an out of print or unavailable edition of this title.

A soulless scoundrel with the power to "unhappen" history threatens the future of the land of Xanth!

Many malevolent menaces have imperiled the magical land of Xanth in its long and storied history. But none has been as despicably dangerous as the Dastard -- a craven miscreant who sold his soul to a detestable demon for the power to erase events. Now the entire future of Xanth is at the mercy of his every whim. Only a young dragon-girl named Becka has the power to stop his devious deeds!

Becka is a crossbreed -- the daughter of Draco Dragon and a lovely human woman who met, by chance, at a Love Spring. Now fourteen, Becka is beginning to wonder where in Xanth she belongs -- on the ground with her mother's people, or flying the skies with her father's kind. So she journeys to the Good Magician Humfrey to discover her True Purpose in life. Much to her astonishment and surprise, the Magician tells her that a great Destiny awaits her -- one that will affect the future of all of Xanth.

An all-new Xanth adventure that blends high hilarity with scary suspense. --This text refers to the paperback edition.

Frustrated farm boy Anomy gives up his soul in return for the ability to unhappen events. Since he uses this power mostly for ill, he adopts the sobriquet the Dastard and becomes a problem. The good guys send a half-dragon, half-human girl, a roc, and the princesses Melody, Harmony, and Rhythm on his trail. Complicating the action in this customarily busy Xanth yarn are the Sea Hag, an insatiably vengeful spirit who possesses the bodies of young women, wears them out, and throws them away; time travel; some intriguing limits to and complexities of magic; the usual word- and concept play; and some serious ethical thinking when the Dastard regains a soul (a borrowed one, not the original). Readers may become impatient with the Adult Conspiracy and the power of panties, devices used on all intergender encounters, at the cost of a good deal of their potential, at least for readers who are already conspiring adults. Roland Green
Copyright © American Library Association. All rights reserved --This text refers to an out of print or unavailable edition of this title.

Piers Anthony is one of the world's most popular fantasy authors, and a New York Times bestseller twenty-one times over. He lives in Inverness, Florida.
--This text refers to an out of print or unavailable edition of this title.

Copyright © 2000 by Peirs Anthony Jacob
--This text refers to an out of print or unavailable edition of this title.
Read more

Tuckerby
4.0 out of 5 stars Reminds me of the early books
Reviewed in the United States on January 23, 2013
Verified Purchase
It used to be that whenever I needed a pick-me-up, whether from a tough day at school or work or just dealing with life in general, all I had to do was reach for a Xanth novel. They were fun, light reading that lifted my spirit. As the series grew into the teens and then the 20s, the humor seemed to fade, and the books lost their light-hearted appeal. They were still enjoyable, but no longer what I would choose to ease a lousy day.

This book marked a delightful return to the early Xanth. The writing was gleeful and the plot clever without being cumbersome. The Dastard is marvelously wicked and lacked only a moustache to twirl. Becka, the dragon girl assigned to the Dastard, could have been developed more. She showed promise early on, but was shunted to the sidelines when the narrative switched to a different character. As a result, Becka never really grew or directly experienced the conflicts we normally anticipate for a main character. The three princesses Melody, Harmony, and Rhythm make their appearances both as charming four year-olds and powerful but level headed young adults.

Unfortunately, the author can't resist putting in at least one female character trying her darndest to seduce a man. These bold attempts that include strategic disrobing, kissing, and embracing bring an unnecessary adult element to the story and are getting tiring to read, book after book.

Still, I enjoyed this tale, and will definitely put it on my "feel good" list.

Side note--for the second book in a row, the author has referred to a particular past adventure and some stork signaling we hadn't been aware of. Is he setting up for something, or just throwing in odd details?

John G.
4.0 out of 5 stars Good book
Reviewed in the United States on July 8, 2020
Verified Purchase
I like the author when he relates to previous books but if you follow his books it sometimes is a little long in the Mouth but once you get pass the narrative it becomes good plot.
Read more
Helpful
Comment Report abuse

Stephanie Siriani
5.0 out of 5 stars Loved it
Reviewed in the United States on May 3, 2013
Verified Purchase
It was so refreshing to read this book. The last two Xanth books weren't that great, but this one was back to the storytelling that I have grown to love from Piers Anthony. I have renewed excitement to read his books and can't wait to start Swell Foop.
Read more
Helpful
Comment Report abuse

C. Kelley
4.0 out of 5 stars Classic Xanth
Reviewed in the United States on November 27, 2012
Verified Purchase
A little different from Piers earlier Xanth novels, the dastard is truely a dispicable character. Almost couldn't wait to find out how it was going to turn out.
Read more
Helpful
Comment Report abuse
See all reviews

Chauffeur
4.0 out of 5 stars A great read!
Reviewed in the United Kingdom on October 11, 2014
Verified Purchase
As with all Piers Anthony's books, it is full of the expected puns ! A great read !
Read more
Report abuse

Fox
5.0 out of 5 stars Great
Reviewed in Canada on May 16, 2019
Verified Purchase
Great
Read more
Report abuse
See all reviews