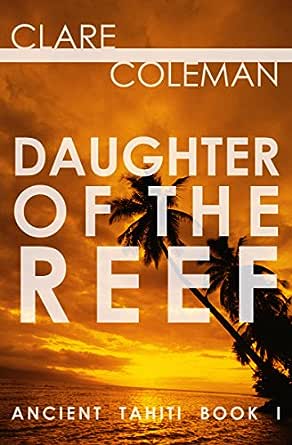 You've subscribed to Ancient Tahiti! We will preorder your items within 24 hours of when they become available. When new books are released, we'll charge your default payment method for the lowest price available during the pre-order period.
Update your device or payment method, cancel individual pre-orders or your subscription at
Your Memberships & Subscriptions
There was an error. We were unable to process your subscription due to an error. Please refresh and try again. 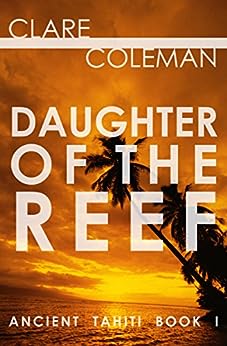 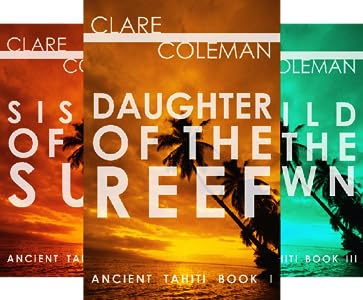 A violent storm that scatters the canoes of a wedding party gets the pseudonymous Coleman's tale off to a dramatic start while it shows that the ancient South Pacific can be a dangerous paradise. Tepua, the bride and the daughter of an island chief, washes ashore on Tahiti; she is taken in by a fisherman and his sister. Tepua realizes her aristocratic lineage counts for little now and humbles herself to learn the tasks her new life demands. Soon her dancing skill earns her a niche in the small community. She first teaches an underchief's daughter to dance and then becomes a member of the Arioi, an elite group of female dancer-warriors; her dancing also draws the admiration of Matopahu, the high chief's brother. Matopahu has his own worries: his prophetic ability reveals to him imminent famine, but his brother's priest-advisor dismisses the warnings. Tepua and Matopahu remain slightly distant from the reader, possibly because their thoughts and speech are rendered in somewhat stilted prose that may be intended to remind us of the obvious--that these characters don't speak English. However, the challenges they face and the exotic society in which they move give the work a dynamism that keeps it afloat.
Copyright 1992 Reed Business Information, Inc. --This text refers to an alternate kindle_edition edition.

In a primitive time, on the shores of a strange and beautiful island, one woman forged a new life and a dream that would last forever... --This text refers to an alternate kindle_edition edition.

Clare Coleman is a joint pseudonym for Clare Bell, author of the Ratha series about prehistoric giant cats, and Malcolm Coleman Easton.
--This text refers to an alternate kindle_edition edition.

"Ms. Coleman knows how to write an interesting and exciting historical novel, and she has even included a glossary!" -- The Time Machine, Nov/Dec 1992

"The sensual allure of Tahiti, the lush foliage, ancient native customs and ceremonies come to life through Clare Coleman's marvelous writing talent. Here is a culture we have rarely viewed and, under Ms. Coleman's loving hand, Tepua and her friends come to life." -- Rave Reviews, December 1992

"This rousing tale of the South Pacific before the Europeans made contact will keep you up past your bedtime. A wonderful exotic seting and vivid characters." -- Manderley catalog, Winter 1993 --This text refers to an alternate kindle_edition edition.

The daughter of a chief, Tepua sailed away from her island home to fulfill an obligation of marriage. But she never reached her destination. Her boat was ravaged in a storm, and after a fierce struggle for survival, the black-haired maiden was washed ashore in Tahiti. There, her heritage was mocked, her innocence stolen. But her spirit would never desert her...

In a mystical world of beauty and savagery, a culture and a people so different from her own, she vowed to build a new life- a life that would change the shape of destiny for generations to come. --This text refers to an alternate kindle_edition edition.

From Chapter 1: Wind gusted against plaited sails, speeding a two-hulled voyaging canoe on a course betwen coral atolls. The young men and women aboard wore headresses decked with seabird feathers. Their skirts were finely woven from dried leaves of pandanus palm. Painted bark-cloth capes fluttered brightly as the passengers chatted of the wedding festivities to come.

The wind strenghthened as it raced across the sea. Spray flew in sheets from the twin bows, and the deck that stretched over the twin hulls titled steeply. Several young women shrieked, more from excitement than from fear, while everone scrambled to counterbalance the boat. But one did not join them, for tradition demanded that she remain in her seat.

Tepua-mua, the eldest daughter of a chief, sat rigidly on her seat of honor in the middle of the deck. Her four-legged stool was lashed to a raised bamboo platform, making her the center of attention. Those who glanced at her saw a tall, slender girl at the verge of womanhood, a face slightly too narrow to be called beautiful, and glistening black hair that flew back in the wind.

That morning Tepua had been proud and happy to be sitting so high while the canoe glided across her home lagoon and out into the placid sea. Now she wanted to be down on the deck, instead of up here on the platform, where height intensified every buck and heave of the boat. The wind tore at the feathered crown in her hair and whipped the long robe of bark-cloth about her legs.... --This text refers to an alternate kindle_edition edition.

This novel is the result of years of research by the authors into the ancient culture of the South Seas. In addition to studying the vast collection of records left by early explorers, we made our own expeditions to Tahiti and neighboring islands. We came to understand the fragility of life in these isolated places.

The sea can turn hostile and sweep over the land. Or the rains can fail, causing famine. Or the fish can elude the nets for months on end.

While the landscape is paradisaical, survival is always uncertain. We invite our readers to enter this world of astonishing contrasts. --This text refers to an alternate kindle_edition edition.