You've subscribed to Kate Bushnell Series! We will preorder your items within 24 hours of when they become available. When new books are released, we'll charge your default payment method for the lowest price available during the pre-order period.
Update your device or payment method, cancel individual pre-orders or your subscription at
Your Memberships & Subscriptions
There was an error. We were unable to process your subscription due to an error. Please refresh and try again. 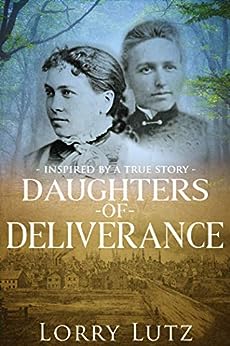 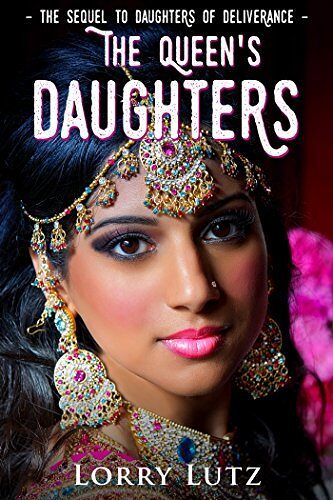 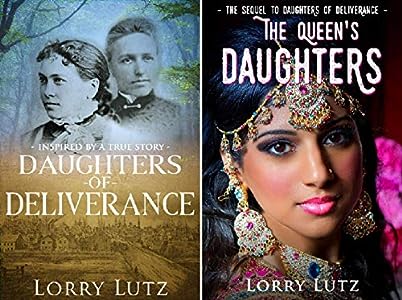 In 1886, thirty-one year old Katherine Bushnell gives up hermedical practice to work with women living on Chicago's Hell's Half Acre and in thebrutal lumber camps of Wisconsin. Herlove for God and passion to see women released from bondage lead her to riskher own freedom and reputation for their sake. Secretly, she visits thesewomen to learn first-hand of the daily trials and torments they endure.

When Wisconsin's governor demands Kate appear before thelegislature to defend her damaging reports, she becomes the center of great controversy.Will they believe her report? Will they pass a law prohibiting sex with a girlunder sixteen? Will they punish the notorious den keepers?
Or will they call her a liar?

Lorry Lutz and her husband spent twenty-two years in South Africa working with African youth suffering under Apartheid.  Later she coordinated an international network of women leaders as part of the AD2000 Movement. Throughout  the nineties she traveled around the world helping and training Christian women in their  leadership roles.  Lorry and her late husband Allen had five children, one now with Jesus.  She lives in an active retirement community in Colorado.  Daughters of Deliverance is her eleventh book.  Its sequel The Queen's Daughters was released by Heritage Beacon in September 2017.

4.7 out of 5 stars
4.7 out of 5
91 global ratings
How are ratings calculated?
To calculate the overall star rating and percentage breakdown by star, we don’t use a simple average. Instead, our system considers things like how recent a review is and if the reviewer bought the item on Amazon. It also analyzes reviews to verify trustworthiness.
Top reviews

Betty
5.0 out of 5 stars AWSOME!
Reviewed in the United States on August 16, 2020
Verified Purchase
Thank you for telling her story. Very well written. I was reminded of an event in my life.
My mother was the youngest daughter of a family of 17 children. She called herself "fourth from the
bottom" having three younger brothers. One summer while visiting one of the older sisters, my
Aunt Bessie, I was given a copy of a poem, "Little Blossom - A Temperance Recitation". Aunt Bessie
related to me that their mother had clipped from a magazine or newspaper. She had folded it and stored it
in a penny match box. She told me that all the sisters had recited it in school. I kept it in the box until
I became an adult and carefully put it on wood and sealed it to save it. I has always had a special place in our home. Before Mom died, i asked her if she remembered reciting it in school. She said that she did not do that and it must have been just the older sisters that did. Kate's life reminded so much my memories of this poem. Over the years, I have read it many times, not without tears.
I hope you will continue writing about other women who have dedicated their lives to bravely win for us so many
of the freedoms women enjoy today. All women today need to hear their stories.
Read more
One person found this helpful
Helpful
Report abuse

Jim
5.0 out of 5 stars Great Book Heartily Recommend
Reviewed in the United States on May 13, 2017
Verified Purchase
This was a wonderful historical novel which informs the reader of important developments during the late nineteenth century of which very little is said. It is slightly fictionalized, but it is based on the life of Dr. Katherine Bushnell, a brilliant woman of that era, who at great risk of life was able to sensitize lawmakers into developing legislation to stop white slave trafficking in America. It also shows her efforts to galvanize the Christian communities into entering into the conflict with her, and the push back she received from those communities. Until reading this book, I had no idea how appalling conditions were at that time and how insensitive the Christian communities were to both the practices and to the victims of those practices. Laws we take for granted such as "age of consent" etc. were promoted and successfully established by her. As you find when you read the book, Dr. Bushnell was an incredible force in saving young women. I found it to be a memorable book, and I highly recommend it.
Read more
2 people found this helpful
Helpful
Report abuse

imperfect Mrs . Miller
5.0 out of 5 stars Inspiring and frustrating
Reviewed in the United States on October 19, 2020
Verified Purchase
This story based on actual women and their attempts to "be about the Father's business " does well to chronicle the desperate need and numerous challenges against social purity. It shows that opposition is not only from those who profit from the evil but from the religious who worship rules and comfort. Having grown up near Chicago during the "reign" of "King" Daily it is easy to lament the lack of success. Yet there are "the individual hearts " that have received deliverance that make the efforts worthwhile. In our day we have Christine Cane and others who have accepted the call to follow the Daughters of Deliverance. This side of Heaven we will always have those who need our love and empowering to receive the understanding of their priceless value to God. I dare each reader to look for their legacy offered by God and walk out that corner of the Gospel.
Enjoyable and engaging.
Read more
Helpful
Report abuse

SMF-MI
5.0 out of 5 stars Ms. Lorry Lutz's writing is so colorful, that she quickly drew me into her main character's life story
Reviewed in the United States on December 1, 2016
Verified Purchase
Lorry Lutz is a masterful writer. In the first chapter she draws you into the story of Kate, a young women in "Daughters of Deliverance." The title as well as the cover picture of the book inspires mystery, the unknown. As young Kate observes the women preacher, with unusual courage and conviction speaking about Jesus, she makes her decision to be a healer, like Jesus. Her mother's objections pacified, she enters medical school, where she's the only woman in the class. Determination to be a healer, guided by her faithfulness to God she is willing to devote her life to Him and to be His ambassador, without clearly seeing His plan for her. A well researched historical novel about a compassionate Doctor, a woman pioneer for women's rights at a time when that was a tabu. Lorry Lutz writes like a painter who paints on canvas. She develops her characters colorfully, and recognizes that without a God given purpose to life and without a strong relationship with God our life would be colorless and without meaning.  Daughters of Deliverance
Read more
6 people found this helpful
Helpful
Report abuse

Ozark Grandma
5.0 out of 5 stars Impressive book
Reviewed in the United States on April 2, 2017
Verified Purchase
I read a lot of books but this is one that really made a great impression on me. I was surprised by the first part, and began to think that I had gotten the wrong book because the reviews I read did not mention that Katharine Bushnell went to China as a missionary before becoming involved in helping free women from white slavery in America. As I continued to read the book, I realized then that it was based on actual people and events in our own country. It was enlightening but very disturbing to realize how badly these women were treated by men, but then they also were not "acceptable" to the Christian women who were willing to help them escape their situations but not willing to treat them as equals in society. This is the first book I have read by Lorry Lutz but I was impressed by the research and the facts given in this book.
Read more
One person found this helpful
Helpful
Report abuse
See all reviews

Eve Senior
5.0 out of 5 stars Daughters of Deliverance
Reviewed in the United Kingdom on July 8, 2019
Verified Purchase
I have just finished reading this book and really enjoyed it. Its a book that can change your mind about how we view prostitutes I found my heart reaching out to them and the awful way men treat them and use them.
Read more
Report abuse

Amazon Customer
5.0 out of 5 stars A Thought Inspiring Work
Reviewed in the United Kingdom on May 16, 2017
Verified Purchase
I thoroughly enjoyed reading this book
It's lessons about midwifery from the past were most interesting and informative. It also challenged my perspectives about prostitution as I realise more and more young girls are being thrust out into the world unprotected due to a break down in family relationships. Hopefully this book will challenge Christian communities to do more for these girls.
Read more
Report abuse

The Devil in the Dust
5.0 out of 5 stars Daughters of Deliverance
Reviewed in the United Kingdom on February 19, 2017
Verified Purchase
A great book mixing the factual with fiction to enrich the story of the life of a fascinating committed pioneering women
Read more
Report abuse

Aussiemum
5.0 out of 5 stars An amazing woman
Reviewed in Australia on September 8, 2017
Verified Purchase
So glad to learn about the amazing Dr Kate Bushnell! Doctor, author, social reformer she had significant impact on the lives of down-trodden and desperate women in her time. Her efforts to fight sex slavery, with a focus on white women enslaved in American lumber camps, made it a criminal offence to use children as prostitutes and also made it illegal to hold women against their will. Before her meticulous research, people either turned a blind eye to what was happening, thought such things were impossible or said the women deserved it.

In a world that now has the largest number of slaves ever, including those who are often hidden in places of prostitution in Western countries, we need more Dr Kates today, who are willing to reach out to the trapped girls and fight on their behalf. But how sad would she be to know the battle still continues, that girls are still being enslaved and society still mainly turns a blind eye, claiming the girls choose the life despite the evidence that suggests large percentage of sex workers in Western countries are slaves, let alone elsewhere.
Read more
One person found this helpful
Report abuse
See all reviews
Back to top
Get to Know Us
Make Money with Us
Amazon Payment Products
Let Us Help You
EnglishChoose a language for shopping. United StatesChoose a country/region for shopping.
© 1996-2021, Amazon.com, Inc. or its affiliates