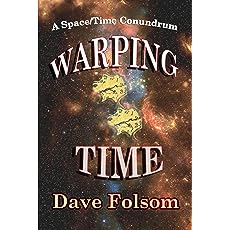 Dave Folsom is retired construction project manager and a practicing writer, blogger and photography enthusiast who lives in Arizona and summers in South Dakota and Montana. He is married, the father of grown daughters, with a granddaughter and a grandson. Born and raised in Helena, Montana, Dave graduated from the University of Montana, worked a variety of occupations and industries, which included the logging industry. This experience led to his first published short story entitled "Scaling Rexford" which won honorable mention in the 1992 Edition of the University of Oregon's West Wind Review. This work eventually led to his first novel, "Scaling Tall Timber," a fictional account of logging and the people who worked in and around this dangerous industry in the 1960's. 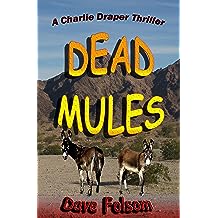 Dead Mules: A Charlie Draper Thriller (Dead Mules - A Charlie Draper Thriller Book 5) Nov 20, 2014
by Dave Folsom
( 1 )
$3.99
Book Five of the Charlie Draper Series begins innocently when a casual friend asks Charlie Draper to search for his niece, missing when a group of bodies discovered near of the U.S.-Mexico border includes her mother. Draper suspects murdered drug mules, people forced to carry drugs across the U.S.-Mexico border. Draper’s friend is convinced that his niece had to be there and certain the young woman is in the hands of cartel mercenaries. Draper almost hopes the young woman is dead, because if she were in the hands of the cartels, what would happen to her would not be pleasant. He knew a couple that had survived it, but most did not. If they did survive, and help came, the physical and mental damage would be severe and likely permanent. Despite the likelihood she will be difficult to locate, Draper agrees to try to find her with no guarantees. Locating the young woman turns out to be the easy part. He and DeCollado stumble into a terrorist plot designed to rain death and destruction onto the United States. They find themselves in the middle of a war involving a dedicated and well-financed enemy.
Read more
Other Formats: Paperback 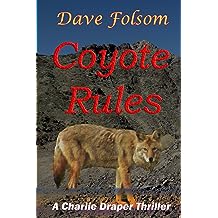 Coyote Rules (Charlie Draper Series No.4) Mar 14, 2014
by Dave Folsom
( 2 )
$3.99
When Charlie Draper’s daughter asks him to find and help one of her employees, he does not take long to find the young woman. The Border Patrol arrested, and charged her with smuggling over five kilos of dope. The charges are not only serious, but come with mandatory prison time, if found guilty. When Draper hears her story, he is sympathetic but knows it will be difficult, if not impossible to assist her, since her guilt is irrefutable. Her family in Mexico is at risk if she gives the information to the authorities. Draper and DeCollado rush into Northern Mexico to save the young woman’s family, and find themselves embroiled in murder, drug smuggling, and worse.
Read more
Other Formats: Paperback 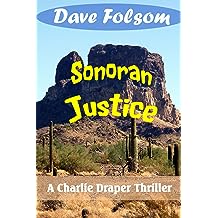 Sonoran Justice (Charlie Draper Thriller Series Book 2) Dec 24, 2012
by Dave Folsom
( 3 )
$3.99
The assassination of an Arizona rancher, embroils Charlie Draper in the U.S. southern border wars. His client beaten near death and when a hired killer guns down his friend, it becomes personal. Draper and his helicopter-flying Apache friend travel into Mexico to find local help and discover surprising support for the cartels from an unexpected source.
Read more
Other Formats: Audible Audiobook , Paperback 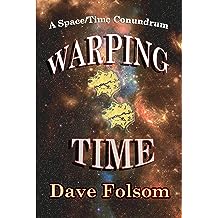 Warping Time: A Space/Time Conundrum Feb 17, 2016
by Dave Folsom
( 1 )
$3.99
On a quiet, warm summer evening, just after the midnight chimes rang at the Arecibo Observatory in Puerto Rico, a young researcher scans the night sky, listening to its melody of background sound and documenting any anomalies. He hears a constant stream of routine space noise while the huge telescope slowly pans the observable universe. His efforts are mind numbing, tedious, and wearisome to a point that he is fighting to stay awake. On the edge of a catnap his trained mind hears an incongruity of beeps; a resonance foreign to the environment he is monitoring, but he knows the familiar code. The message is simple and he easily decodes it in his head. The source is what chills him deep into the marrow of his bones.
Read more
Other Formats: Paperback 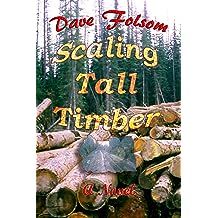 Scaling Tall Timber Nov 11, 2013
by Dave Folsom
( 2 )
$3.99
Shortly after graduating from college, and searching for a fresh start, a young forester is assigned to a new job in a remote area of northwestern Montana. The locals, a hard-working, hard-living, idiosyncratic lot take on the task of educating their new co-worker in ways he never imagined. Just as he becomes attached to his new surroundings and the quirky inhabitants, new technology threatens his job and news of a new hydroelectric dam is planned a short way downstream will destroy the entire valley.
Read more
Other Formats: Audible Audiobook , Paperback 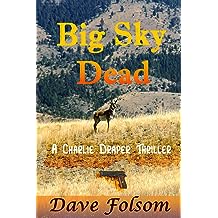 Big Sky Dead (Charlie Draper Thriller Book 3) May 9, 2013
by Dave Folsom
( 20 )
$3.99
Charlie Draper takes on what seems like a simple assignment. Check on a missing DEA agent. He does not expect to find him dead; dead on the floor of a drug manufacturing house. Frustrating weeks of digging into the lives of a small town in Montana uncovers drug trafficking, human trafficking and murder for hire leaves the local Sheriff gunned down and Draper with a major headache. Then he begins to suspect all the mayhem is a ruse for the real objective. Charlie receives help from his friend DEA agent Alejandro Jones and together they uncover a diabolical plan to destroy the United States.
Read more
Other Formats: Audible Audiobook , Paperback 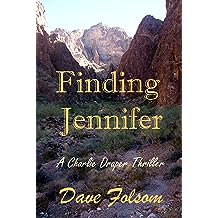 Finding Jennifer (Charlie Draper Thrillers Book 1) Feb 16, 2012
by Dave Folsom
( 8 )
$3.99
Charlie Draper only took the job of finding the missing girl as favor. He approached it convinced that the hot desert sun had likely eliminated another unprepared hiker rather than a part of the Border Wars. It didn’t take long to realize his error. Then it became complicated. In less than a day he discovers that drug cartel members shot her and threw her into a volcano vent. The resulting trail leads into Mexico where his actions bring on the wrath of the cartel. The bodies start to pile up with a vengeance as he and his helicopter-flying Apache friend attempt to rescue the young women and prevent the revenge determined drug alliance from killing them all.
Read more
Other Formats: Audible Audiobook , Paperback 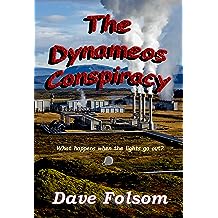 The Dynameos Conspiracy Apr 30, 2011
by Dave Folsom
( 1 )
$2.99
When an acquaintance from college dies on his doorstep from an assassins gunshot wound, former government operative Lee Trainer, quietly living in Montana, finds a mysterious computer chip in the dead man’s pocket The chip is a new and mysterious kind with curious abilities. The killers, desperate to retrieve the chip make several unsuccessful attempts on his life and open a trail of deception and murder. Following leads from Montana to the Cayman Islands, Trainer gathers former comrades, a beautiful former lover and a friend from the past who likes to hurt killers. Together they become entangled in a widespread conspiracy to destroy the country.
Read more
Other Formats: Paperback 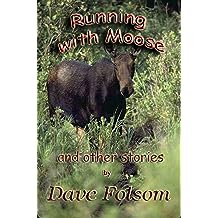 Running with Moose and Other Stories Aug 3, 2010
by Dave Folsom
( 1 )
$0.99
This book is all about people and how different we are, especially about life and how we deal with its mysteries. The stories include a little about death and an occasional encounter with animals and a lot about some of the colorful and interesting characters I've met told with a touch of humor, some adventure, and a little pathos. These fictional accounts are sometimes based on real people with the places and names change to protect especially the moose.
Read more 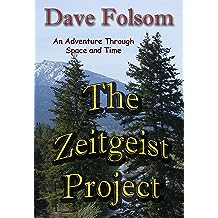 The Zeitgeist Project: An Adventure Through Space and Time Jul 29, 2010
by Dave Folsom
$0.99
Their planet slowly dying, ravaged by two hundred years of environmental carelessness and governmental greed, a select group of elitists plot to send unwitting crews on what will be a suicide mission. A young Command Pilot and her crew survive and find themselves in a strange world in which they are unprepared to cope. Two more missions follow before help comes from an unexpected source.
Read more
Other Formats: Audible Audiobook