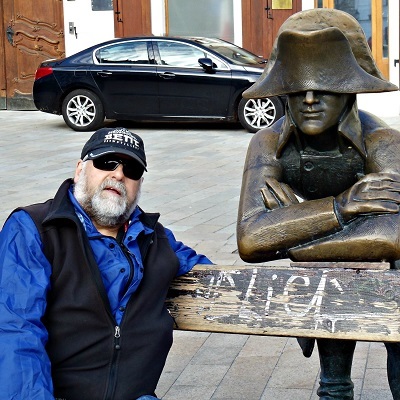 I am a retired Aerospace Engineer, now pursuing my lifelong love of writing fiction. So far, my books have been golf-themed mystery novels. I live on Minnesota's beautiful North Shore of Lake Superior, and when not writing I enjoy hiking, golf, and single malt Scotch. (Actually, I enjoy the Scotch very much while writing or not, but it doesn't work well with hiking or golf.) 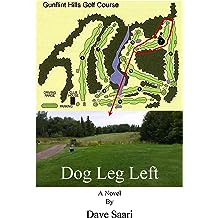 Dog Leg Left Mar 2, 2020
by Dave Saari
( 19 )
$2.99
Dave Saari’s fourth mystery novel again features rising-star golfer Samantha Williamson and her caddie and lover, Terry Hatchett. The story finds Sam and Terry playing golf at Gunflint Hills in Grand Marais, MN, the last place they expected to be in the midst of her rookie LPGA season. A startling discovery in the rough on Gunflint’s par-four, dogleg left seventh hole launches the inseparable duo on another quixotic adventure when Sam is unable to ignore a case the Sheriff considers closed. Investigating on their own, Sam and Terry stumble into a tangled web of smuggling, drugs, and murder, with potentially fatal consequences. The book is set in Grand Marais, Silver Bay, and Baudette, MN, and also features worldwide LPGA golf locales.
Read more
Other Formats: Paperback 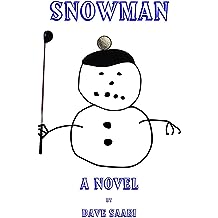 Snowman Oct 15, 2007
by Dave Saari
( 2 )
$2.99
Matt Davidson, an underachieving golf bum and a somewhat nerdy engineer, inadvertently witnesses a shocking scene while playing golf, which launches him on an adventure that becomes an emotional roller coaster ride. Though unsure what to do or how to do it, he drops everything to help a stunningly beautiful woman he?s never even met. His clumsy efforts soon entangle him in a web of sex, fraud, and abuse that could end up costing him his life. This novel is a must for the golf fan while also offering amusing and exciting twists and turns for the mystery fan.
Read more
Other Formats: Paperback 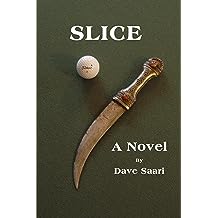 Slice Oct 10, 2016
by Dave Saari
( 3 )
$2.99
Matt Davidson returns, having recovered from the emotional roller coaster ride of Dave Saari’s debut novel, Snowman. With a new office, a new wife, and a new outlook, how could life get any better? But, once again, his passion for golf unwittingly leads him into a harrowing adventure as he becomes entangled in the seamy world of insurance fraud – with potentially fatal consequences. Experience golf with Matt at some of Minnesota’s favorite courses, including Victory Links, Bunker Hills, TPC of the Twin Cities, and Superior National at Lutsen, as the story encompasses settings in Minneapolis / St. Paul and along Lake Superior’s beautiful North Shore.
Read more
Other Formats: Paperback 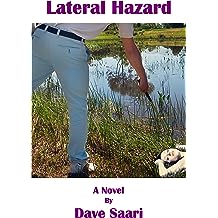 Lateral Hazard Jan 20, 2017
by Dave Saari
( 16 )
$2.99
Samantha Williamson is taking a respite from her quest to become a star on the LPGA Tour, with a stint as an Assistant Professional at the Snake River Golf Club. She has the talent and the will to make it on tour, but an unexpected distraction – the handsome Snake River Pro – throws a monkey wrench into the works. Little did she know that her estranged father is the club chairman, or that his beautiful trophy wife would end up dead. When the Sheriff can’t solve her stepmother’s murder, Sam decides to investigate on her own, leading to disastrous consequences. This is a tale of lust, infidelity, blackmail, murder, revenge – and the redemptive power of love.
Read more
Other Formats: Paperback