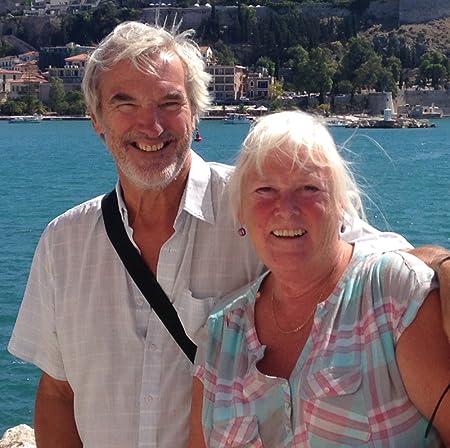 You can find more information about us and our books at www.aniberry.co.uk

Ann Berry is an avid diarist. She has travelled widely starting as a kibbutzim in her university days and continuing throughout her life. She began sailing also in university and has shared ownership of two sailing cruisers since the late ‘90s. Everywhere Ann travels she details in a series of diaries that form the basis of blogs and the book Time to go South. She has written numerous article for sailing periodicals.

David Berry is passionate about writing. He has written over fifty articles for the popular computer, electronics and sailing magazines. He also enjoys writing micro-stories (Tragedies and Comedies is available on Amazon) and has written two novels based on his career as a designer of naval systems. Sailing entered his life at the comparitively late age of forty initially in dinghies on the local lake then flotillas in Greece and Croatia before he and Ann bought their first cruising yacht; a 27 foot Sabre. He wrote Time to go South when he thumbed through Ann’s diaries one day and found himself laughing aloud at the memories it invoked. 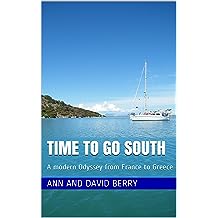 “We followed our dream… and we followed the guides and the almanacs none of which prepared us for the delights and horrors of that six month voyage from Port Napoleon, in the south of France, to Gouvia on Corfu. Ann and I took Aderyn Glas on a voyage of discovery, discovering ourselves as much as the ports en route. We had anxious times: a leak threatened an early and disastrous end to the voyage but it was a deadly storm in Elba and a collision in Italy that ironically changed our timid approach into a more confident one”.

In the beginning the one thing they did well was worry! By the end they had faith in their own ability to deal with anything from lost anchors to oil tankers. This book is also a travelogue: from the French Riviera via Corsica, Sardinia, Sicily and Italy to the island of Corfu, it will interest any yachtsmen contemplating a similar voyage as well as armchair adventurers.

Time to go South has been reviewed on Goodreads and elsewhere. Reviewers have said: “Heart warming”, “Reminds us of our own voyages”, “I was captivated and had my fair share of giggles, (it was funny!) and at the end I was so happy they had completed their journey and let us share the adventure with them. This book isn't a travel book. It isn't a fiction novel. It isn't a diary. It is a fabulous, light hearted account of two ordinary people who have undertaken the journey of a lifetime for them, which they have written down so we can join in.”, “An easy read”.