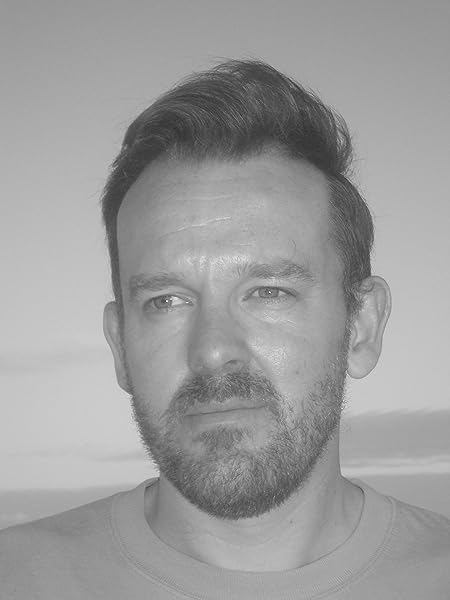 David grew up in the north east of England, where he went on to study English Literature at The University of Sunderland. After graduating, he started to write his first fictional stories, but always felt that to become a truly accomplished writer he would need to significantly broaden his horizons. Therefore, just days after his 27th birthday, he bought a one-way ticket to Sydney, Australia.

He spent 2 years in the land down under and travelled through every far flung corner of the country, earning his keep by taking up jobs doing everything from pruning grape vines to driving tractors. In his spare time he vowed to try every new experience that was offered his way, no matter how crazy. He climbed glaciers, swam with sharks, jumped from aeroplanes and pretty much tried to live life as much as possible.

During his time overseas, he was also fortunate enough to meet the love of his life; Katie. Upon the couple's return to the UK in 2009, what was originally intended as a birthday present (a travel journal recounting their time in Asia) helped him to rediscover his vocation in life. He has been writing like a mad man ever since.

All of David's novels are inspired to some extent by his own travels and he writes the kind of books that he would want to read. Far too impatient to spend months waiting for impersonal rejections from literary agents, he decided to publish his work himself. Ultimately, he just wants people to enjoy reading his books as much as he enjoys writing them.

All of his novels are written in standard British English. 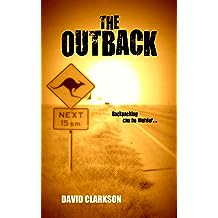 Three months was the deal. Three months of back breaking labour in exchange for a one year visa extension. Matt, thinks he is up for the challenge. Of course, he is not counting on his new boss.

Rhett is a cruel and miserable Aussie farmer. He expects his workers to graft hard and do exactly as he tells them. He is also hiding a deadly secret. Thirty years earlier, he was involved in a terrible crime, the truth of which only he knows.

Matt and his new friends are about to discover that unless they can unlock the mystery of Rhett’s past, none of them will make it out of the outback alive. When the line between superstition and paranoia is crossed, anything can happen...

Friendships are both made and put to the test in this dark exploration of the traveller’s dream, which combines the brutality of Wolf Creek with the star-crossed camaraderie of The Beach.
Read more
Other Formats: Paperback , Mass Market Paperback 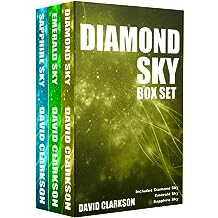 Diamond Sky Trilogy Box Set: Books 1-3 Jul 14, 2018
by David Clarkson
$5.99
Dr Emmy Rayne's experiments into astral travel have ramifications so powerful they place the fate of all humanity in jeopardy. Her adventure begins in a secluded observatory deep in the Australian outback and travels to the mountains of Tibet before ending in an epic showdown at the centre of a distant galaxy. Along the way, she will redefine the laws of physics, blur the boundary between life and death, and unleash forces too powerful for any human being to control.
Read more 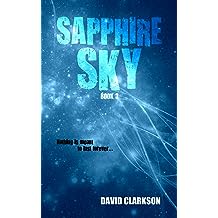 Sapphire Sky (Diamond Sky Trilogy Book 3) Jan 2, 2016
by David Clarkson
( 1 )
$3.97
Can consciousness continue beyond death? That is what Emmy Rayne intends to find out when she uses her astral capabilities to search for the missing residents of Jackson’s Hill and her lost love, Lucy.

Together with her lab partner, Charlie, she is finally applying their technology to its full potential. It is potential that appears to know no limit. Unfortunately for the scientists, pushing the boundary of human achievement always comes at a great cost. This time, the price may just be higher than either of them is prepared to pay.
Read more
Other Formats: Paperback 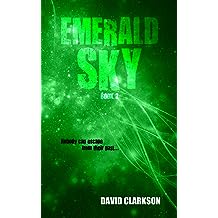 Emerald Sky (Diamond Sky Trilogy Book 2) Sep 30, 2015
by David Clarkson
( 1 )
$3.97
It is three years since the tragedy in Jackson’s Hill and Dr Emmy Rayne is still in hiding. A secret underground base has been established to continue the work she started, but without the scientist, the project has hit a wall. In order to find her and force her co-operation, the military turn their attention to another resident of the town to have made it out alive. If they want Emmy, then first capturing the young psychic, Jimmy Johnson, is the key.

Thousands of miles away in a secluded mountain hideaway, there are others who wish to find the elusive scientist. They, however, do not need her in order to acquire the astral technology. They already have it. What they want is to ensure that nobody else can share in their power. By destroying Emmy Rayne, they will become unstoppable...

Emerald Sky is the second part of an epic three book series that travels from a remote outback town to the far reaches of space and beyond.
Read more
Other Formats: Paperback 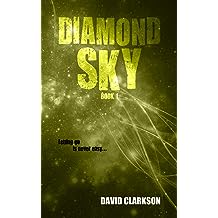 A group of scientists led by Dr Emmy Rayne has made the scientific breakthrough of the century. Their research will open up the universe for exploration like never before. Unfortunately, not everyone on the team has the same agenda. When the next phase of testing is outsourced to the military, Emmy fears that all her work to help mankind may be used to destroy it.

As her experiments begin producing unexpected side effects, Emmy's only hope lies with a passing traveller whose car has broken down, stranding her at the nearby town of Jackson's Hill. Lucy Skye is in mourning for her recently deceased father and her strong connection to his spirit could provide the only clue to reversing the damage done by the out-of-control technology.

Together, the two women must overcome a deadly combination of science and superstition in order to defeat a growing evil, which threatens not only this small outback town but the fate of humanity itself...

Diamond Sky is the first part of a three book series that travels from a remote outback town, through the mountains of Tibet, to the far reaches of outer space and beyond.
Read more
Other Formats: Paperback 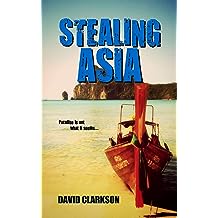 Travelling is easy. At least that is what Ben thought when he bought his one-way ticket to the far side of the world.

Then he met Asia.

She is smart, sexy and everything he could possibly desire in a woman. She also has an uncanny habit of attracting danger…

Romance turns to mystery when passions are clouded by mistrust and betrayal in this fast-paced adventure set amidst the sun-kissed island coves of Thailand.
Read more
Other Formats: Paperback