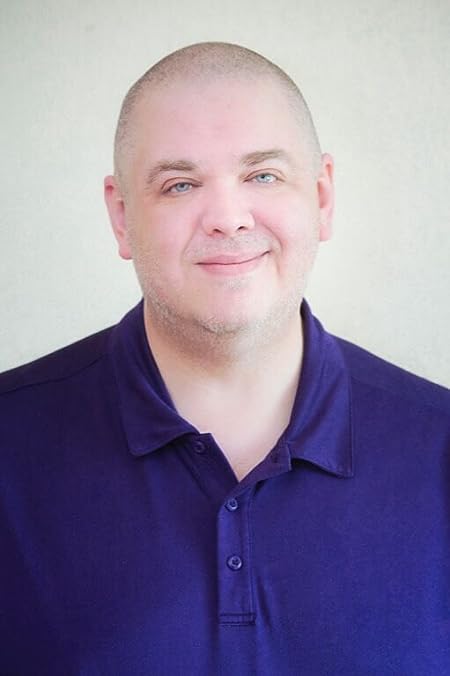 David Johnston, born in 1974, writes in his spare time, concocting wicked worlds and twisting tales for his readers to delve into. Readers can always expect something different and unexpected from his work.

Most of David's body of work consists of science-fiction, horror/thriller, or drama/suspense.

Regular updates can be found at www.authordavidejohnston.com 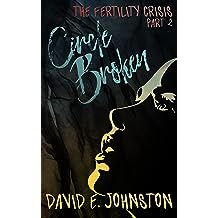 Circle Broken (The Fertility Crisis Book 2) May 29, 2022
by David Johnston
( 1 )
$4.99
After narrowly surviving a vicious attack at the hands of the mysterious terrorist, Mary Thorn awakes from a yearlong coma to find her world more complicated than ever. The Church still holds reign over the city. Her mother has become indoctrinated into the group, and addicted to medicines that only they provide. Her father is still missing, presumably a prisoner of the Church itself, and the boy who attempted to rape her has evaded capture.

Mary is faced with the difficult task of returning to society, and juggling numerous mounting problems, any of which threaten to diminish the value of her eggs, and weaken her base of power. Her sister is still distant, and addicted to drugs. Her brother has been consumed by the military academy, and is lost to the family. Her Harvester, severely wounded in the fight against the terrorist, still stands by her side, ready to die in her name.

This is the conclusion to the story started in 'The Curse of Lilith'.
Read more
Other Formats: Paperback 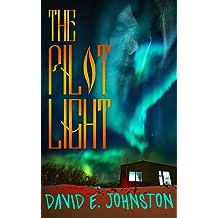 The Pilot Light Feb 15, 2020
by David Johnston
( 1 )
$2.99
A man runs from a tragedy in his past, ending up in a small Russian village in the Arctic Circle. He must earn the trust of those around him, and manage the complicated relationships they have with one another, while collectively they must deal with a creature that is stalking and slaying them. Old grudges must be overcome, and new alliances forged in order to come together and slay a monster that is becoming more brazen in its bloodlust, before there is no one left to stop it.
Read more
Other Formats: Kindle , Paperback 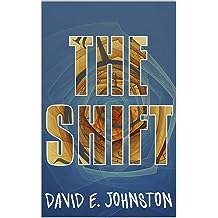 The Shift Apr 2, 2019
by David Johnston
( 2 )
$2.99
Reese is a Scissorman. He works for the Temporal Fates, arresting those who break temporal law and endanger humanity. His primary tool is his ability to anticipate and use the Shift; the physical manifestation of the side effects of time travel. He can see things that normal people can't, and uses the self-corrective action of time to aid him in his life.
But even one who can see and use the Shift isn't safe from its forces. Soon enough, Reese finds himself faced with three dire warnings from his personal future, and pursued by a gang intent on cutting his own temporal thread.
The key to the mystery, and his survival, is a job to find a scientist's missing daughter, somewhere in all of time and space. A daughter who does not want to be found...
A sci-fi time-travelling private eye thriller, with a completely different twist on the real effects of time travel on humanity, and the universe. Are you ready to see the Shift for yourself?
Read more
Other Formats: Paperback 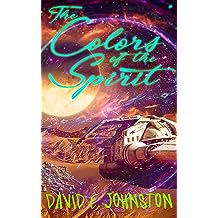 The Colors of the Spirit Apr 14, 2018
by David Johnston
( 1 )
$2.99
After a spacewreck on an inhospitable planetoid, a handful of survivors face off against each other and the elements, while waiting for rescue in a dangerous sector of space. All the while, they are stalked by the indigenous lifeforms, who seek only to feed, and survive...
Read more
Other Formats: Paperback 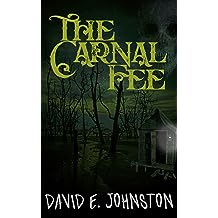 The Carnal Fee Aug 21, 2016
by David E. Johnston
( 3 )
$2.99
Janice Bell’s life was on the rise. She was young, talented, and hard-working. Her spectacular career at a prestigious company looked like it was on pace for superstardom, until she was confronted with the ‘Old Boys Club’. While looking for an edge to shatter the glass ceiling, a friend directs her to a shady storefront where a mysterious man awaits. He claims to make dreams reality, yet asks an intimate price for these favors. Janice must balance her own wishes to succeed against the demeaning acts the man demands in trade. How far is she willing to go to get what she wants, and how far will this dark figure push her, before she finally breaks?
(Note: This story contains adult situations and graphic scenes of body horror and abuse. It is not recommended for anyone under the age of 18.) 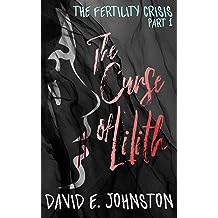 The Curse of Lilith: The Fertility Crisis Feb 26, 2016
by David E. Johnston
( 5 )
$2.99
A bleak future world, where most women are barren, and social status (and survival) literally hinges upon the number and quality of eggs each family can produce. Mary, a girl on the cusp of discovering her fate in the lottery of fertility, tries to manage her complicated family situation, and contain her growing frustration with the overbearing society that controls everything in everyone's lives. As each new stage of discovery passes in her life, we see more of the webs and complications that choke personal freedoms, and hold everyone in check. She suddenly discovers that she is in a unique position to have an effect on this world, just as she finds her life is in danger from the two most powerful factions in the city. Protected by an unfamiliar bodyguard, instructed by an elder who has gone through the process of womanhood before, Mary must try to find a balance between her goals, and avoiding destruction (or outright death) at the hands of her enemies.
Read more
Other Formats: Paperback 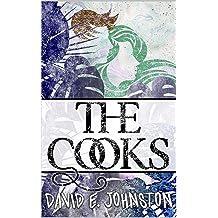 The Cooks Dec 14, 2015
by David E. Johnston
( 6 )
$2.99
An enlisted man on an alien planet discovers a method of living life and viewing the world that is so utterly simplistic and makes so much sense, it resonates across the universe. Seaman Noble aids the residents of Saffron, a beautiful world of wildly different colors and amazing cuisine, while working to mine expensive fuel from massive reservoirs beneath the planet's surface. Noble finds himself intertwined with the peaceful residents of Saffron, and cannot stand idly by while they are victimized and mistreated. Can one man and a mind-shatteringly simple view of life stand in the face of a galaxy-spanning Alliance, and win?
Read more
Other Formats: Paperback 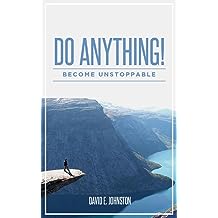 Do Anything!: Become Unstoppable Sep 3, 2017
by David Johnston
$0.99
Having trouble getting organized? Lacking motivation? Are you trying to get things done and find yourself not able to because of time management or overwhelming complexity? What if there was a simple way to get everything organized, and plan for dealing with your needs, as well as your wants, going so far as to even include your goals? What if you could take control of everything in your life and make the changes you wanted to make?

The surprisingly simple course of action is here! Within the pages of this book, you will find a distilled, simplistic process that can help you to get done everything you want to get done, and get your life in order! You can find all the missing time you've been needing, and start making your dreams become reality!

In this one-hour read, find a simple 10-step process to creating your own personal roadmap to success, and then refining into a plan you can follow on a daily basis. If nothing else has worked for you, how much could one hour hurt, so long as it got you on the right path to achievement? Try it for yourself! 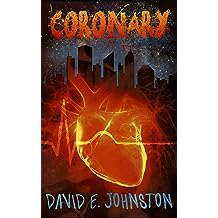 Coronary Aug 21, 2017
by David E. Johnston
$2.99
Focused only on doing his sentence, Anthony Carmine finds himself in an impossible situation when everyone around him starts dying of massive heart attacks. Isolated and studied by the government, Anthony fights to retain his sanity, and mitigate his future, until things take a decidedly darker twist in the name of 'National Security'. Anthony is forced to make an impossible decision between two horrific choices.
Read more 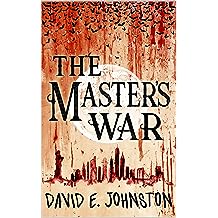 The Master's War: Special Edition Jun 22, 2017
by David Johnston
$2.99
Originally released under the title Bourban in York, this is the definitive version of the epic work. It details the struggle between the Lupines of Central Park and the vampires of New York City amidst the backdrop of a secretive war between super-powered elder vampires known only as: The Masters.

This special edition also includes never-before-seen chapters from the companion piece, 'The Alaskan Missions', and extensive author commentary on each of the characters, and where their paths ultimately took them after the end of the War. 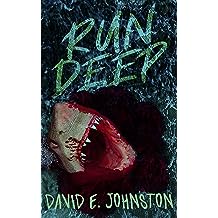 Run Deep Dec 26, 2016
by David Johnston
( 3 )
$2.99
Something has happened in the world of man. An apocalypse of epic proportions now spills over into the oceans, and tilts the balance of nature dangerously in favor of the undead. A Great White, one of the greatest killing machines ever produced by nature, becomes infected by the plague. With nothing capable of matching its power, speed, or relentlessness in the deep, nothing is safe. With nowhere to hide, a small Pod of Dolphins finds themselves constantly hunted by the unstoppable predator. Can they find a way to adjust to the new world order of the ocean, and outlast its murderous assaults?
Read more
Other Formats: Paperback 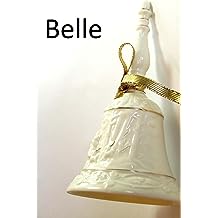 Belle & The Interview May 19, 2016
by David Johnston
( 1 )
$0.99
Two short stories for your perusal. In one, a detective searches for an escaped serial killer on a remote island, in the middle of a monstrous storm. In the second, a man gives the interview of his life for a position of such importance, it cannot be understated.
Read more
Other Formats: Paperback