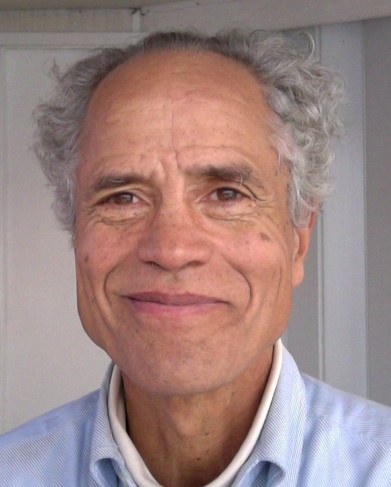 David Grant has come full circle. While obtaining a Master of Fine Arts degree at the Iowa Writer’s Workshop, he took courses in film and television production. As a result he began his professional career producing and directing at a PBS affiliate. Programs included a daily hour-long magazine, a special from inside a state prison, live broadcast of a jazz concert and many more. After five years at the station he left to embark on a series of political, social and environmental endeavors. In the last few years he has returned to the creation of literary and visual media.

In those intervening years he developed a self-sufficient homestead in a land cooperative; volunteered with Peace Corps as an agro-forester among aboriginal hunter-gatherers; coordinated a soup kitchen; published articles, some anthologized as ‘best of’; and wrote unproduced scripts and unpublished novels.

For several years Grant was a community organizer with Rural Southern Voice for Peace in the American southeast. In the mid-1990’s he moved to the Netherlands to head the International Fellowship of Reconciliation’s nonviolence program, requiring frequent travel in Africa, Asia and Europe. Thereafter he became one of the charter directors of Nonviolent Peaceforce, providing unarmed protection for civilians in war zones.

He has now established Common Lot Productions where he writes, produces, directs and edits screenplays, a docudrama, promos, adaptations and essays. Not long ago he helped organize and attended the international conference "Democracy in the 21st Century" at the Library of Alexandria, Egypt, including moderation of the panel on sortition (random selection).

He is also assisting in the publication of the works of Thomas Timmins via Zoetown Media; and of Roger Thiel of Thiel Press. He produced a promotional video for Timmins’ novel, “Between the Hour of One and Two” and adapted it to screenplay as “Tofu Noir”. See https://tinyurl.com/yc6rfwrw

Continuing as a senior advisor with Nonviolent Peaceforce he has trained staff in South Sudan and represented the organization at the World (Park) Ranger Congress.

He has recently released much of his work from the past twenty years, listed on his Author’s Page at https://www.amazon.com/author/grantd 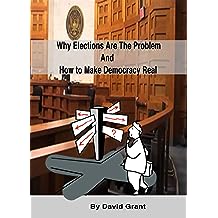 Why Elections Are the Problem and How To Make Democracy Real Mar 3, 2018
by David Grant
( 4 )
$4.00
Representative democracy is in crisis. Legislatures do not accurately reflect all sectors of society. Ordinary citizens should have more say than merely pulling a ballot lever once every few years.

The original Athenian democracy used a method altogether different than elections to select its officials. They used the system now used to select citizens for jury duty -- random selection, also known as sortition.

This essay reflects upon how the lessons from that first democracy might be used to develop a ‘legislative jury’ capable of truly representing all citizens without regard to party affiliation, financial status or any ideology other than fair play.

The essay is about 10,000 words with images piquant and provocative. Abundantly footnoted. Includes links, bibliography, how to hold a workshop and access to other goods and services.
Read more
Other Formats: Paperback 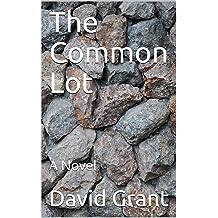 The Common Lot: A Novel Mar 2, 2018
by David Grant
$3.00
The first randomly-selected representatives of the Citizen House convenes. But just because it is proportionally representative of all willing and able citizens does not mean that these new representatives are well-suited.

The only reason that Cathy Gresham has accepted her selection is because her politically engaged aunt pushed her into it. If it were up to Cathy she’d be spending all her time at home in her garden.

On the other end of the apolitical spectrum is Turk. Just having been released from a mental institution, he’s a wild card worst case scenario. The only way he survives as a legislator is thanks to McKnight, a former newspaper vendor and smart old guy originally from Flatbush.

Whether Cathy and Turk are up to the task is the question. Can people like them successfully legislate?

Former power players with private militias hook up with strange bedfellow religionists in an attempt to scuttle this new Citizen House. It looks likely that whatever victory the newly minted representatives might achieve will only be pyrrhic.

Whatever the outcome, this legislature of everyday citizenry no longer has anyone but itself to blame. 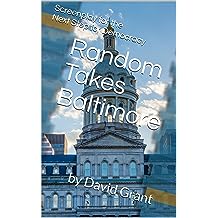 Random Takes Baltimore Mar 2, 2018
by David Grant
$3.00
Hoping to be a forerunner of the Next Step For Democracy, Baltimore chooses its city council by random selection. The fifteen new council members must struggle to maintain this Peoples Platform against an uprising from the former powers-that-be. 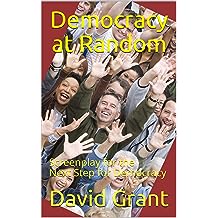 Democracy at Random Mar 2, 2018
by David Grant
$3.00
As a child, Anthony was made to lie to cover up when his mother accidentally started a California forest fire. He is angry about that, angry about racial prejudice against him, and angry about his inherited disease which, in his adulthood, cripples him. When he is chosen to the first non-elected, randomly-chosen, demographically-accurate national legislature, the Citizen House, he brings his painful background and present reality with him.

Josephine arrives in Washington from the mountains of North Carolina, full of good cheer and ready to serve her nation as another Citizen House representative. Although she realizes Anthony chooses her only a token, white female for his agenda to support eugenics under the guise of consumer-driven genetic engineering, Josephine turns the tables by taking charge with her own agenda for a Universal Basic Income.

This odd couple takes to the road in an autonomous bus to hold town hall meetings around the country. Their speeches engender both apathy and activism. A couple of dangerous adversaries kidnap and threaten to unleash weapons of mass destruction.

Can a Citizen House that, for the first time in history, represents all the people cope with such a challenge? Once having made that Next Step for Democracy, can The People maintain it? 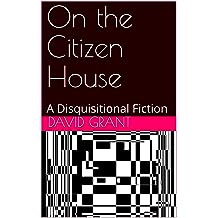 The Citizen House is the world’s first national legislature chosen as the original Athenian democrats did -- by sortition (random selection). Two representatives face the challenges of advocating for their disparate views (eugenics / universal basic income) among a legislature demographically more reflective of the entire population than any other. 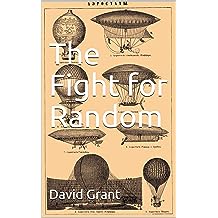 The Fight for Random (Common Lot Quartet Book 1) Dec 11, 2013
by David Grant
$3.00
Ethnically shape-shifting Stride and his ragtag bunch of Peace Parasites nonviolently fight against the moneyed powers-that-be to make democracy real.
It takes a solar-powered blimp, time travel, levitation, a soulful blues band on a river barge, and a passel of bicycling tax collectors to drum up a projected future government that really is -- despite all the sometimes scatological and often magical-realist hocus-pocus -- a viable next step towards a democracy that is… Of, By and For… The People.
+++++
One of the most intellectually stimulating scripts I've read in a long time. Both the Tea Party and the Occupy Movement could find this concept appealing. -- Lyn Vaus, Screenwriter, "Next Stop Wonderland"
+++++
It is accepted as democratic when public offices are allocated by lot; and as oligarchic when they are filled by election.
-- Aristotle, Politics, Book IV
+++++
"The government ought to possess …, the mind or sense of the people at large. The legislature ought to be the most exact transcript of the whole society." -- James Wilson, signer of both the Declaration of Independence and the Constitution 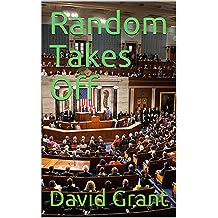 Random Takes Off Dec 11, 2013
by David Grant
$3.00
What if we selected representatives the way the Athenians chose their office holders ? Or the way we choose juries? What if we chose our representatives by random selection?
In this screenplay the protagonists are two of the five hundred chosen for the first Citizen Legislature. One is a farm boy, coming off of a drug addiction. The other is a suburban middle-aged woman who’d really rather be gardening.
They have volunteered to put themselves in the lot to be chosen. They have passed the Naturalization Test that immigrants must take to become citizens.
They will face bribery attempts. A smear campaign. And eventually a full blown coup by an armed militia.
How can ‘ordinary citizens’ form themselves into an effective Citizen Legislature in the face of all of that?
I wrote this screenplay because I believe in democracy. And I like to laugh my way through challenge and conflict.
It’s a comedic political action drama that answers the question “How could we make democracy real?” 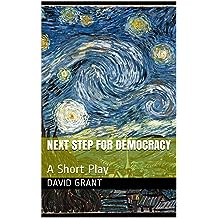 Next Step for Democracy: A Short Play Dec 11, 2013
by David Grant
$4.00
Marisa, Alma, Sami, and Ali live in a city embroiled in conflict and violence -- the Regime, the Opposition, the Opposition to the Opposition. When the fighting stops, they ask themselves: What is the best way to move forward? “Our Common Lot” argues for choosing legislators in the way that the first democracy did – by random lot, known as ‘sortition.’
This stage play of about a half-hour's performance is perfect for starting a conversation about what might be 'the next step for democracy.' It is easily performed, or simply read as the take off for high school, university or adult groups of 'ordinary citizens.'
Read more
Other Formats: Paperback