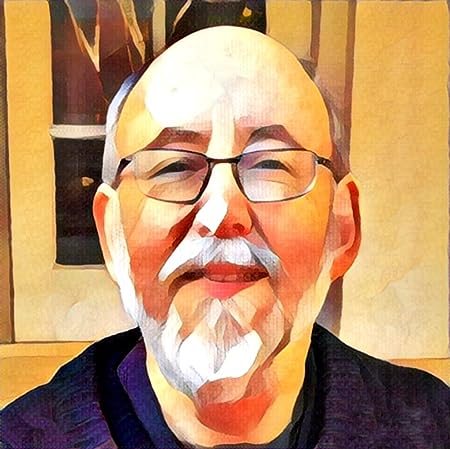 David R. Grigg is a fiction writer and software developer who lives in Melbourne, Australia.

He worked in the field of interactive multimedia for over two decades, and has also worked in public relations and as a journalist and sub-editor.

During the 1970s and 1980s, David was deeply involved in the science fiction fan community, publishing fanzines and helping organize SF conventions, eventually becoming Chairman of the 43rd World SF Convention held in Melbourne in 1985.

He is also the author of a number of professionally published short stories and two short fantasy novels for teens, "Halfway House" and "Shadows". His YA novel "The Fallen Sun" has just been released. 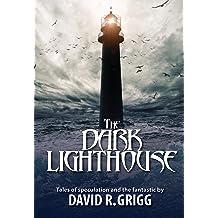 - Awakened from a terrible dream, a young woman strives to avoid a tragedy in real life.
- Driving alone through the dark night, a photographer encounters extraordinary reminders of his dead wife.
- A teenage boy sees faces everywhere he looks. He is always in the midst of a crowd. An ugly crowd.
- A king driven mad by an ancient prophecy forces his queen to live in terror for their unborn child.
- An old man, once a famous concert pianist, struggles to survive in a post-apocalyptic world.
- Two hikers crossing a moor come across an unexpected and ultimately terrifying obstacle.
- An academic dismissed from his position encounters support from a very unusual source.
- A wealthy industrialist thinks he has found a way to leave his troubles behind, but has he?
- A young woman flees a collapsing civilisation, only to find herself in a harsher world, facing a terrible dilemma.
... these and many other stories will keep you thinking for days. 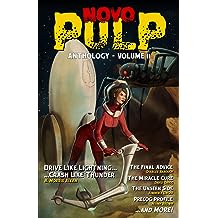 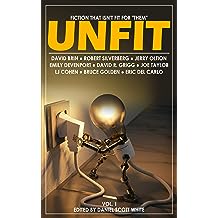 This magazine is about fiction that isn’t fit for ‘them’. What do I mean by ‘them’? Who in particular are ‘they’? They are the government. They are your parents. They are your teachers. They are everywhere.

-In David Brin’s fantastic story “The River of Time” scientists are coping with co-existing streams of time as some people move faster and some slower.

-Robert Silverberg brings us another future in his classic story “To See the Invisible Man”. Is this is a stretch of science or a possible reality we may one day encounter?

-In Eric Del Carlo’s story “Sexbot’s Lament” a robot is confused about reality.

-In LJ Cohen’s story “Persistence of Memory” we find a man struggling with different tracks of memory, wondering who his wife really is.

-In Jerry Oltion’s “In the Garden, a Late Flower Blooms” the fantasy universe takes over as a woman tries to find her missing husband.

-David R. Grigg’s story “Ever After” takes us deeper in to the realms of speculation, bringing to life characters from the fairy tales.

-Joe Taylor’s “Moon Trees, a Gentle Ontology” convinces us with argument that there are trees growing on the moon.

-In Emily Devenport’s “Alternate Universe Ernies” we find the author looking everywhere for her lost husband.

-And in Bruce Golden’s “Iron Man” we meet a hero who is fighting for freedom against a society that has grown him in a lab.

You have officially entered the unfit universe. This is a magazine of quantum fiction. As we go down the rabbit hole, the possibilities are endless. Hold on, because here we go.
Read more
Other Formats: Paperback 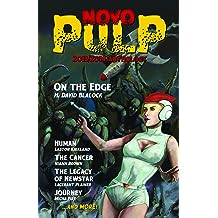 We collect, anthologise, and produce one volume a year of the very best Speculative Fiction that Google+ can provide.

All comers are welcome – we want everyone to have the chance to put their ideas before the world, to be the one who saw what the rest of us didn't – or wouldn't – and so change the world.

Contents:
'On the Edge' by H. David Blalock
'Another Exile' by Michael David Matula
'The Legacy of Newstar' by Lacerant Plainer
'Every So Often' by Rich Larson
'The Cancer' by Niamh Brown
'Patriot' by M. Stange
'Journey' by Micha Fire
'The Twitching' by James Calbraith
'Mad Scientist' by Charles Barouch
'On the Cold Hill Side' by David R. Grigg
'Human' by Laston Kirkland
Afterword by Ted Ewen and Niamh Brown
Read more
Other Formats: Paperback 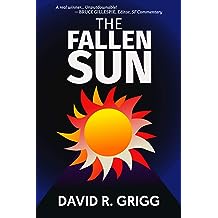 The Fallen Sun Sep 10, 2018
by David R. Grigg
( 5 )
$2.99
A world where the sun never sets; where there is no day and no night; and where shadows never move. Beyond an oasis of light, the freezing outer darkness stretches far away.

In this strange environment we follow the stories of three remarkable young people.

Together, these three must struggle to save their world. And in saving it, they change it and themselves forever.

Here's what Bruce Gillespie, editor of the award-winning critical magazine *SF Commentary* says about it:

"A real winner... Unputdownable... I found the characters instantly interesting, and the novel keeps on delivering surprises that undermine one’s expectations about the world they live in. And the landscape itself remains very vivid and interesting... If any novel deserves the top awards in the YA category, it is this one."
Read more
Other Formats: Paperback 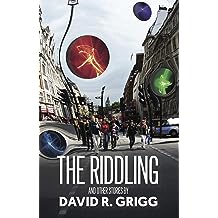 The Riddling: And Other Stories Feb 15, 2016
by David Grigg
$2.99
THE RIDDLING: That’s what Britons call the day that their world was pierced full of Holes. Mysterious portals to and from other planets appear everywhere, causing chaos. In this midst of this disaster, a father must struggle to help his family escape.

In other stories: augmented reality collides with sordid fact; a snake-oil salesman runs from a nameless horror; two adventurous young men encounter the sole inhabitant of a frozen city; a golden tower conceals a mystery at its heart; and we experience a very different take on the walking dead.

These are but a few of the fascinating short stories and pieces of flash fiction by David R. Grigg contained in this collection.
Read more
Other Formats: Paperback 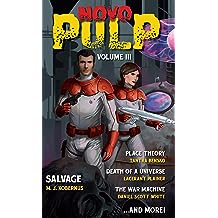 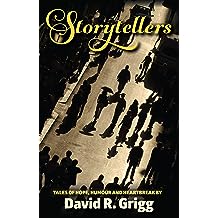 - An old man struggling to survive on a meagre pension has an unexpected encounter with his past
- Two policemen investigating a mysterious disappearance uncover a hidden tragedy
- A professional car thief finds he has taken more than he bargained for
- A photographer’s model inherits his collection, and with it some sad memories
- A man contemplating suicide is unexpectedly saved by love
- The widow of a soldier strives to overcome her loss and set her child on a safer path
- The chance encounters of the passengers on a bus are full of mutual incomprehension
- A woodwork teacher is driven mad by his lost love

These and other stories will delight and fascinate you.

"David Grigg ... writes some of the most brilliant short stories you are likely to read. If you like O Henry, you will love David Grigg. " -- Jyoti Dahiya . 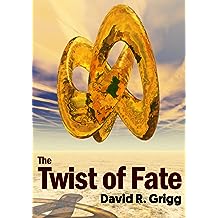 The Twist of Fate Apr 17, 2012
by David Grigg
( 2 )
$0.99
"There were human bones spilling loosely from the inside of the crater, falling with the black earth in which they had been embedded to partially obscure the still-hot layer of glass that covered the bottom."

What caused the mysterious explosion which tore apart the research center and spread radioactive pollution over the city? It was Stephen Tang's job to find out. But what he discovered was even more terrifying than the original blast.