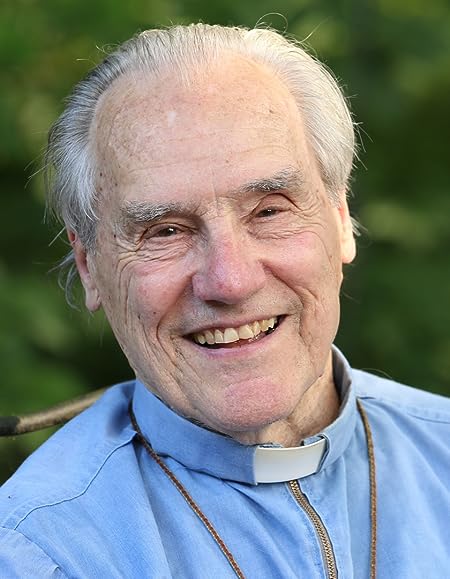 Father David M. Knight was born in Dallas, Texas, ordained a Jesuit priest in Lyon, France, and spent three years as a bush pastor in Chad (Africa). He then earned his doctorate in theology at Catholic University, Washington, D.C., and after serving as acting rector of the Jesuit novitiate in Grand Coteau, Louisiana, was made pastor of two parishes there — one black, one white — with the mission of integrating them. (This story is written up in Tanner Colby’s book Some of My Best Friends Are Black, Viking/Penguin, 2012). He was then made spiritual director for the Jesuit community of Loyola University in New Orleans. In 1973 he went to Memphis to help found a religious order of nuns, which did not succeed. But while he was engaged in this, a new provincial suggested he join the diocese of Memphis, into which he was incardinated in 1980.

He has been a pastor three times, has taught in both boys' and girls' high schools, including a rural black high school and a school for troubled girls under the care of the Sisters of the Good Shepherd. He spent four years as a college campus minister at Christian Brothers University in Memphis, has served as Diocesan Spiritual Director of Cursillos, Diocesan Spiritual Director of the Hispanic Catholic Community of Memphis, and has been chaplain to five different communities of women religious, both active and contemplative. For several years he was a regular columnist for the Marian Helpers Bulletin. For two years he taught and discussed his books on Matthew's Gospel on the radio for an hour every Saturday morning in Spanish. He has given more than five hundred workshops, missions and retreats on the religious vows and lay spirituality, and performed ministries throughout the mainland United States, Hawaii and Alaska; and in Australia, Canada, Chad, England, Ecuador, France, Germany, Guam, Guatemala, Haiti, Ireland, Japan, Korea, New Zealand, Saipan, Sierra Leone, Sweden and Spain. He has given priests' and deacons' retreats or performed other ministry in most of the United States. He speaks English, French, Spanish and German.

As of 2021, he has published four-five books, plus several booklets and manuals, and over fifty articles in twenty-nine different periodicals. His latest books are: The Way of the Spirit (2021), A Fresh Look at the Mass (2015), A Fresh Look at Confession (2013), and Nuts and Bolts of Daily Spirituality (2013).

At present he is officially retired from diocesan work but:

• teaches in the diocesan Institute for Liturgy and Spirituality;

• gives numerous missions and retreats in the Unites States and other countries;

• presides at Mass daily at the Monastery of St. Clare when not out of town, and supplies ministry in other parishes on demand;

• hosts retreats at His Way House in Memphis; especially the lay-led Retiros de Evangelización and retreats for the Spanish Cursillo.

• gives talks to various groups, including Jews, Catholics and Protestants, on spirituality and theology;

• engages in ecumenical outreach with ministers involved in spiritual formation;

• makes available online daily lectionary reflections for years A, B, and C of the liturgical cycle;

• normally devotes four to six hours a day to writing. 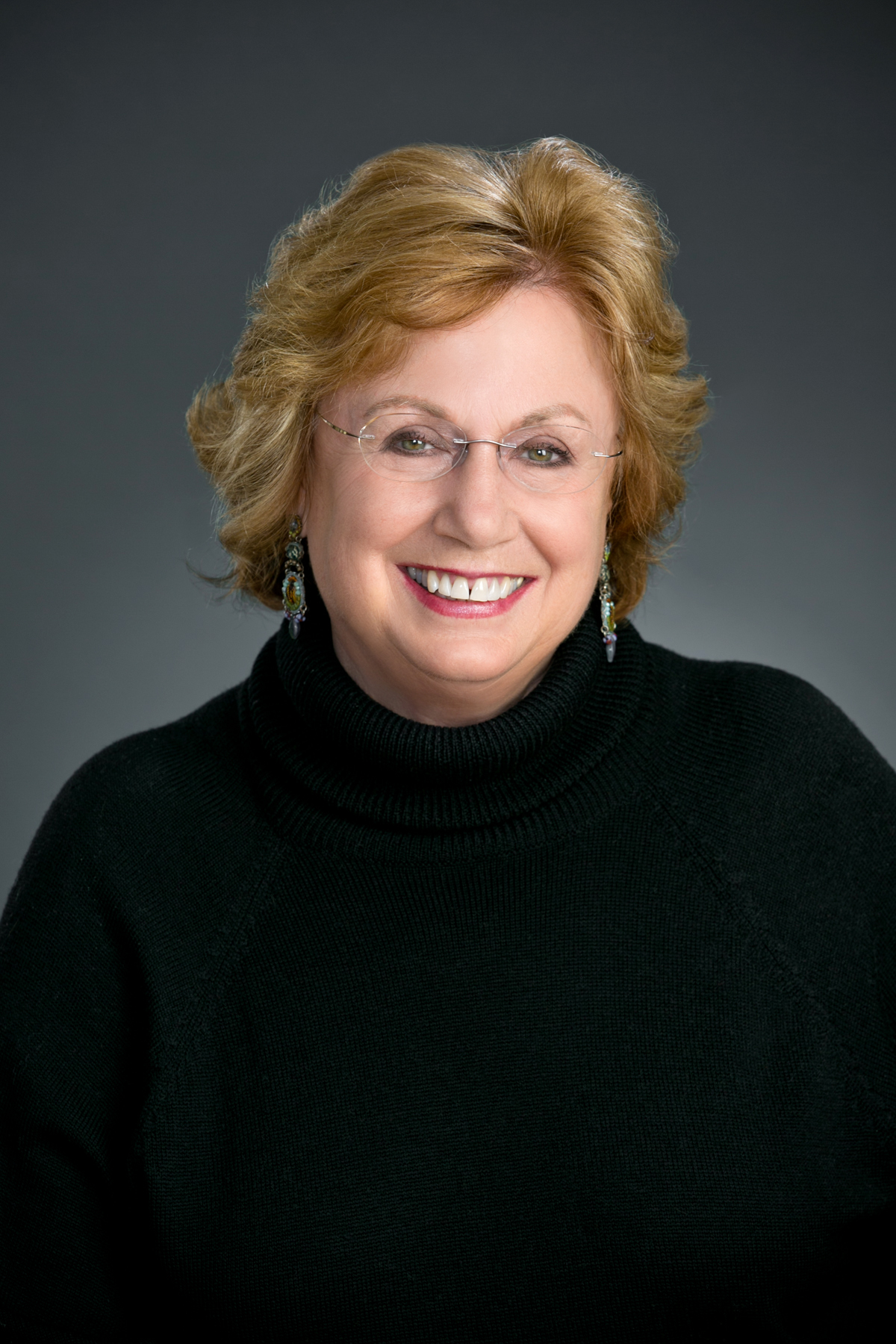 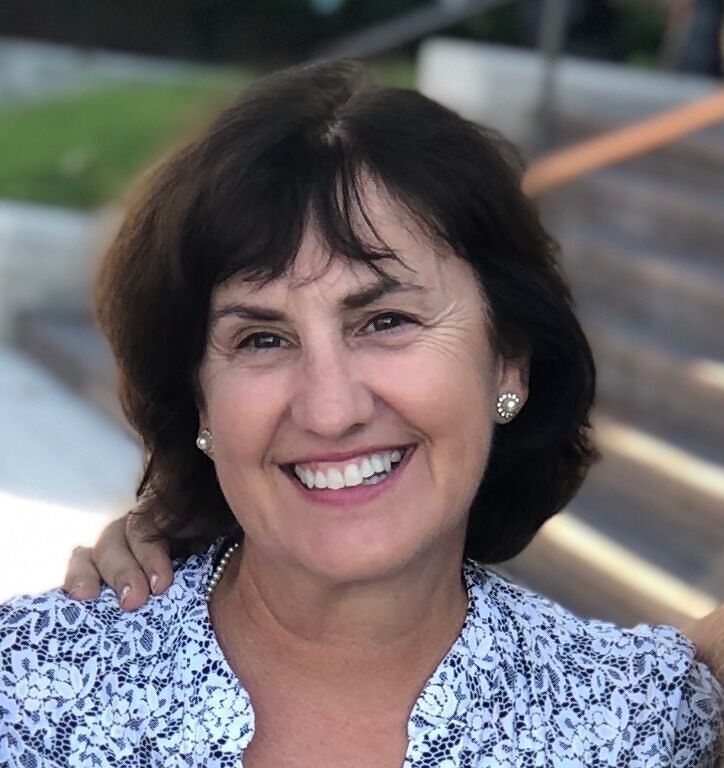 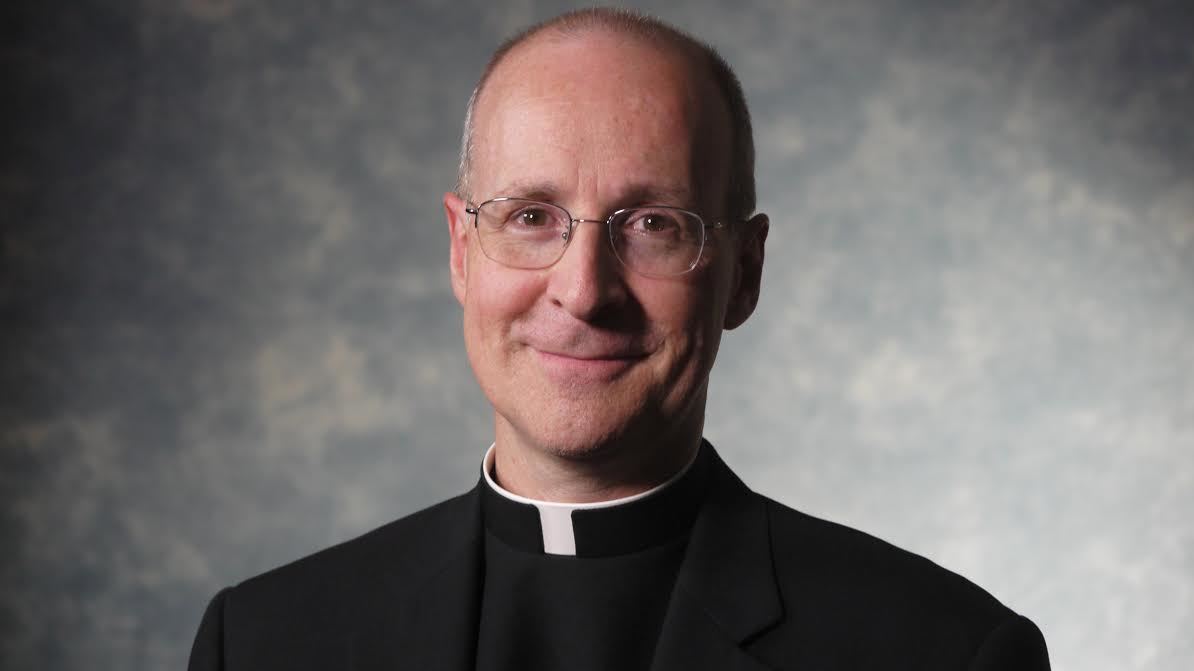 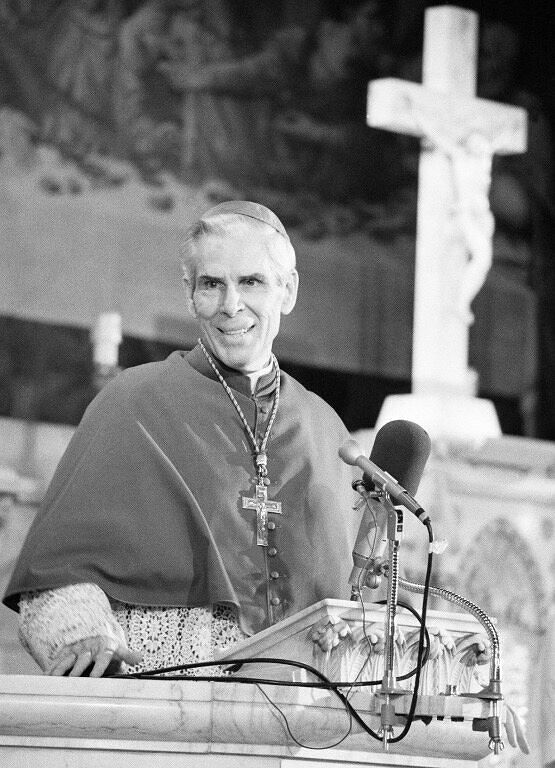 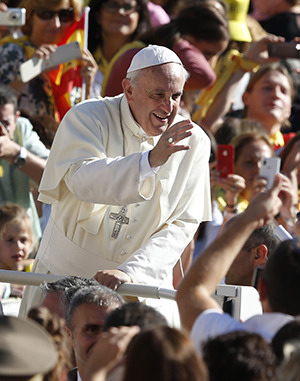 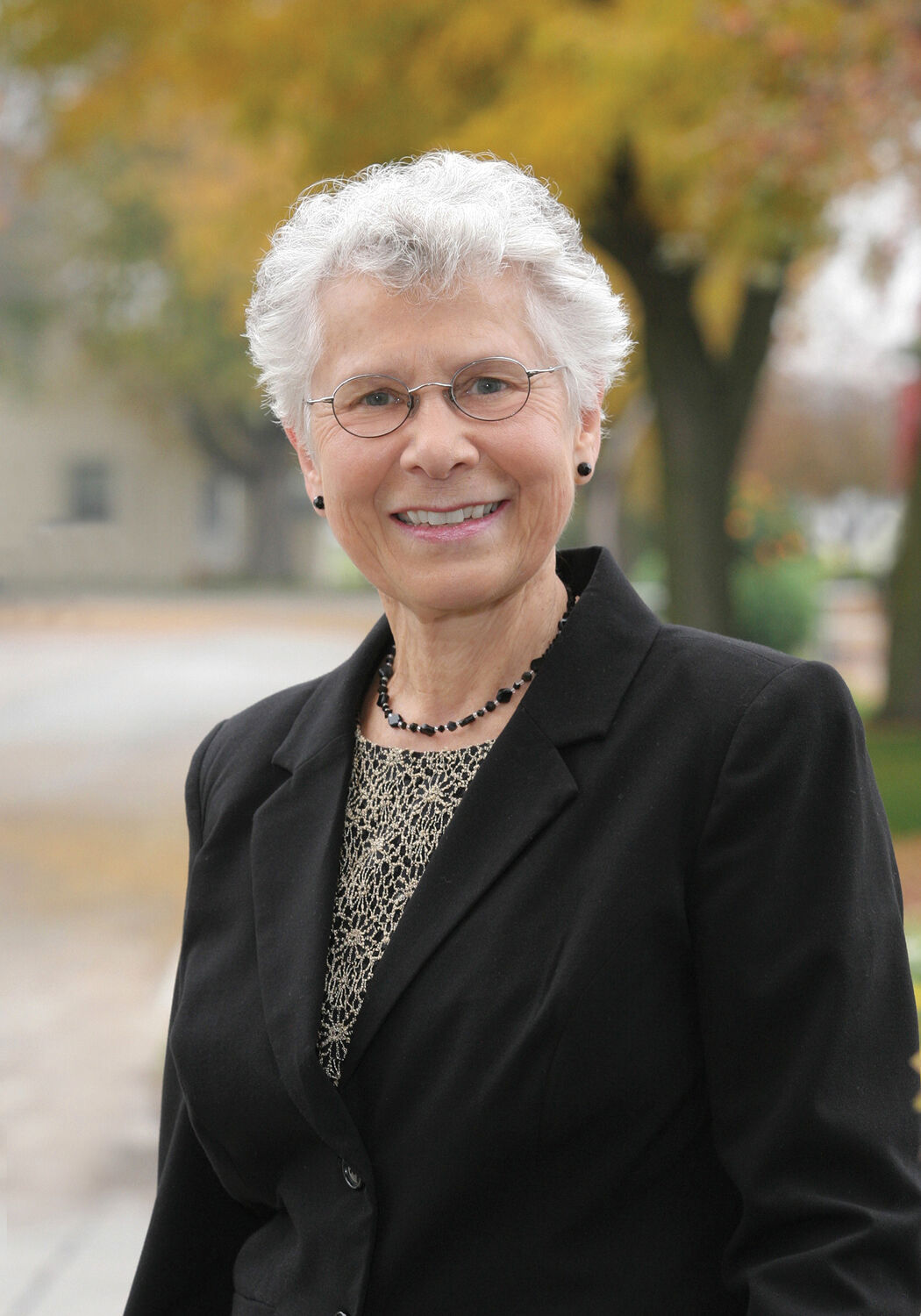 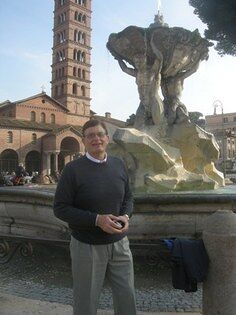 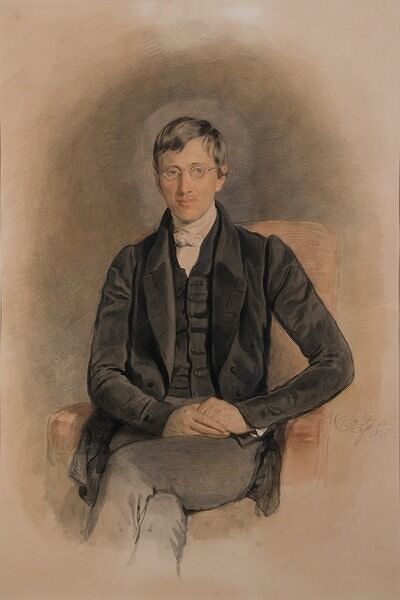 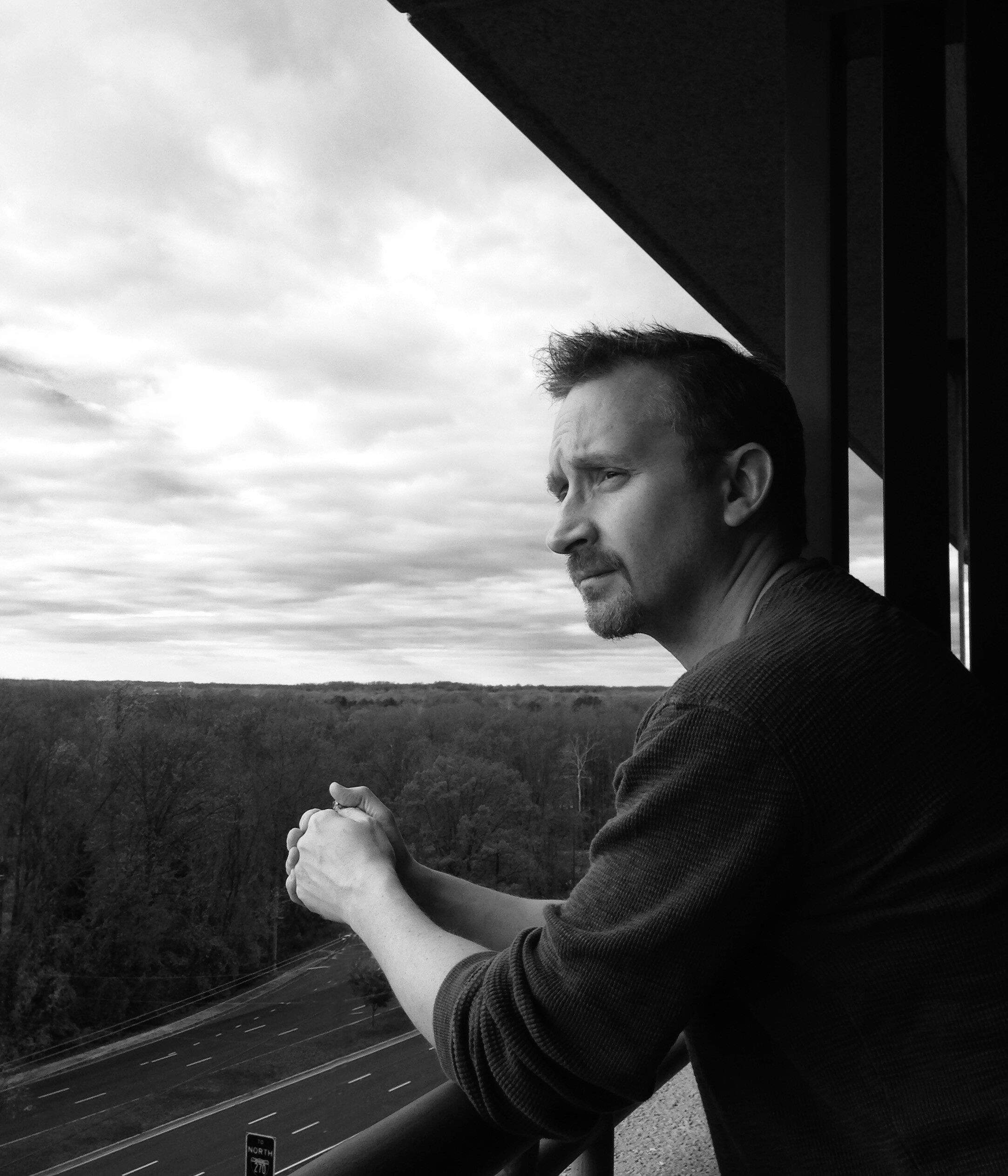 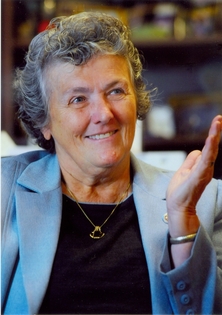 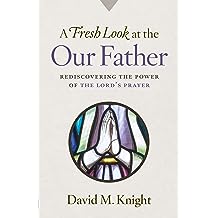 A Fresh Look at the Our Father: Rediscovering the Power of the Lord's Prayer Feb 16, 2022
by David Knight
( 4 )
$8.49
Take a “slow look” at the Lord’s Prayer with Fr. David Knight, who brings his famously fresh, inspiring, and often exciting insights to the prayer Jesus taught. Much more than a line-by-line analysis, this is an invitation to savor the prayer “like ‘sippin’ whiskey,’ tasting each word, rolling it around in our heads, taking it into our hearts.” Fr. Knight also offers practical suggestions for letting the Our Father draw us more deeply into daily mystical experiences, until the time comes when what the prayer means to us “will be our joy forever, as it has been the joy of Jesus from all eternity.” 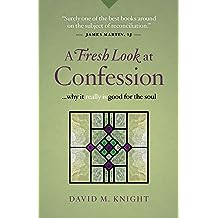 A Fresh Look at Confession...why it really is good for the soul Mar 20, 2013
by David Knight
( 20 )
$9.99
David Knight was forty years a priest before he learned that priests don’t hear sins in confession. “What you are really revealing is your ideals,” he says. “The real you has a different set of ideals, reflecting your heart instead of your lapses. This you abides with God.”
With these words Fr. Knight reveals that A Fresh Look at Confession is unlike anything you may have read about the sacrament. He speaks about the heart of Confession, its meaning and mystery, and why it is so necessary for authentic followers of Christ. This is deep theology, explained in clear language. But it’s also much more: Father Knight’s moving, intensely personal account of his own journey as a sinner takes readers beyond theory and into the awe-inspiring reality of our complete redemption in Jesus, who does not just forgive, but who “takes away” the sins of the world.
Read more
Other Formats: Paperback 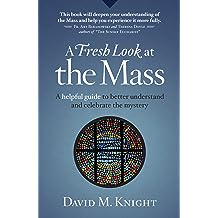 A Fresh Look at the Mass: A Helpful Guide to Better Understand and Celebrate the Mystery Apr 20, 2015
by David Knight
( 11 )
$9.99
No matter how long we’ve been participating in the Mass, there is always the possibility of seeing it in a new way, with fresh eyes. And these new insights can change everything.

In A Fresh Look at the Mass, Fr. Knight guides you through the Mass step by step, inviting you to open your eyes, ears, mind, and heart. You’ll take a fresh look at how the Mass’s prayers, gestures, and symbols bring you into a new world—the real world—of relationship with God and one another.

Beautifully written and perfect for group or individual study, this engaging, and joy-filled work can help you experience the Mass in fresh ways, and thus help transform your day, your week, and your whole Christian life. 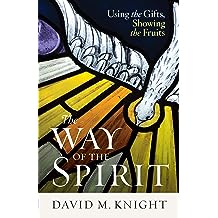 The Way of the Spirit: Using the Gifts, Showing the Fruits Feb 25, 2021
by David Knight
( 8 )
$14.99
Wisdom, understanding, knowledge... As Christians, we might know the Gifts of the Holy Spirit, but if we’re really honest, we don’t always understand what they mean and what they do for us. Here, Fr. David Knight shows how these gifts empower us to live the divine life right here, right now.

Using clear, straightforward language, he explains Scripture and Church teaching: Wisdom—the gift of seeing everything we do in the light of all we are and are called to be... Knowledge is practical “know-how” in the spiritual life... Here too are suggestions for using these gifts and how to know if we’re using them well. (Hint: we’ll see the Fruits of the Spirit alive in our lives, and Fr. Knight offers perspectives on these, too.) Each section of this powerful book can help us grow in understanding of these gifts so that we might be guided by the Holy Spirit toward “living fully the Life that is already ours.” 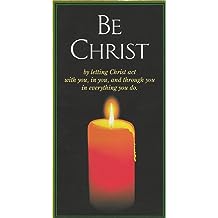 Be Christian, Be Christ: Step One of the Immersed in Christ Series - Accepting and Appreciating Jesus as Savior (Immersed in Christ Daily Reflections Book 1) Dec 2, 2013
by David M. Knight
( 1 )
$0.99
This book offers something different. It gives reflections on the lectionary (Mass) readings for every day of the Advent and Christmas seasons in 2013-2014, but these reflections are different from any others you will find. They follow a plan.

There are five sets of reflections each year, and each focuses on one of the five mysteries of Baptism. (Didn’t know there were five? Read the reflections for a year and you will be immersed in them). The five mysteries of Baptism are the five basic truths, promises, commitments and mystical experiences of Christian living. The Immersed in Christ series forms them into a progressive plan for spiritual growth.

The shocking truth is that Immersed in Christ may be the only complete, systematic plan for integral spiritual growth that is offered to ordinary people in the Church. (“Ordinary” means those extraordinary people who want to grow in the spiritual life but find Teresa of Avila too challenging). If you know of or find another one, email me at info@immersedinchrist.com.

In a nutshell, what is this “spiritual growth plan” all about?

Mainly it’s about connecting what we believe with how we live. Yes, something that basic. Immersed in Christ connects the five promises God makes to us at Baptism with the five commitments we make to him.

When we are baptized into the Christian faith, we begin a lifelong process growing into all Baptism empowers us to become. It is a lifetime journey in faith formation.

Throughout the faith journey we work to “live out” our baptismal consecration as:

Put another way: The focus of Immersed in Christ is to help you form yourself as a Christian who is conscious of being Christ, devoted to discipleship, and committed to living out your baptismal anointing as a prophet through witness, a priest through ministry, and a steward of Christ’s kingship through leadership in renewing the face of the earth.

Immersed in Christ, therefore, is simply a plan that will:

• Focus you on the mystery and consequences of your Baptism;
• Explain what it means to be a Christian and a disciple who—as we say in the baptismal ritual – is anointed “as Christ was anointed Priest, Prophet, and King,” committed to “live always as members of his body”;
• Show you practical ways to live out your baptismal consecration.

This books focuses on the first mystery – the new identity Baptism gives us – and reflects on the Scripture passages read at Mass to help you live and experience it.
Read more