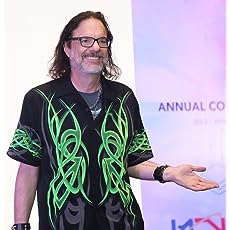 David McCarter has been a software engineer for over 26 years. He is a Microsoft MVP (Most Valuable Professional), C# Corner MVP, solutions architect, consultant, professional code reviewer, speaker and author who lives in San Diego, California USA. He is the editor-in-chief of dotNetTips.com... a web site dedicated to helping software engineers in all aspects of programming since 1994.

David has written for programming magazines and has published many books including "David McCarter's .NET Coding Standards", "Rock Your Code: Code and App Performance for Microsoft .NET" available at: http://amazon.com/author/dotnetdave. David is a featured writer on the C# Corner website among others.

David gives lectures on programming and technical interviewing at user groups, colleges, high schools, and conferences such as C# Corner Conference (India), Code Camp, SQL Saturday, DevConnections, VSLive and more. He taught at the University of California San Diego for 18 years. He also runs his own software/ consulting company called McCarter Consulting. You can find upcoming speaking engagements by going to: http://bit.ly/dotnetdaverocks.

He is one of the founders and directors of the San Diego .NET Developers Group for its 20-year run. In 2008 David won the INETA Community Excellence Award for his involvement in the .NET community. David is also an inventor of a software printing system that was approved by the US Patient Office in May 2008.

If that's not enough, David is also an award-winning photographer and works for bands such as Queensryche, Buckcherry, Geoff Tate, Eric Johnson, Lit, Gary Hoey, P.O.D., Steel Panther and too many other bands in the United States to list. David is also a guitarist and has had the honor to play with Carl Franklin (.NET Rocks) and the lead guitarist from Lynyrd Skynyrd.

His Microsoft MVP profile is located at: http://bit.ly/davidmvp
Read more 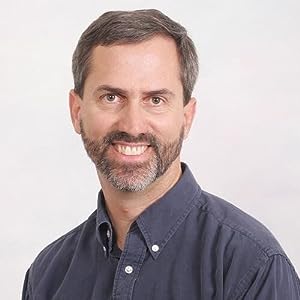 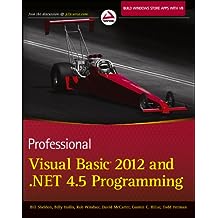 After a quick review of the of introductory topics of Visual Basic 2012 and .NET 4.5, this book moves quickly into advanced topics such as data access with ADO.NET, security, ASP.NET web programming with Visual Basic, Windows workflow, and threading. You'll explore the essential Visual Basic 2012 functions you need, including .NET features such as LINQ, WCF, and more. Plus, you'll examine exception handling and debugging, Visual Studio features, and deployment. 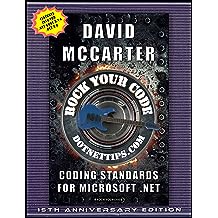 Rock Your Code: Coding Standards for Microsoft .NET Jan 11, 2020
by David McCarter
$9.99
This book is a compilation of common Microsoft .NET coding standards in use today. In the past, for languages like Visual Basic, Microsoft published coding standards in a single document that developers could follow or use as a basis to build our own standards. Microsoft has not provided this with .NET. They have provided some standards on their document web site, but you would have to dig through many web pages, and there are little, or no examples provided.Therefore, the purpose of this book is to consolidate the standards on the site, enhance them with additional standards and take guidance from Microsoft code checking programs like Visual Studio Analyze, FXCop and StyleCop.This 15th anniversary edition covers an evolving set of standards that includes over 100 new pages! New chapters include on class design, application design, rules for source control, third-party applications and Visual Studio extensions (to analyze code for issues) and more! I use this book every day and I hope you will too.By purchasing this book, you will be eligible to download a FREE licensed copy of CodeRush from DevExpress.com, a code refactoring tool.
Read more 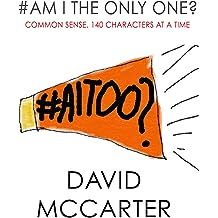 #Am I the Only One? - Common Sense, 140 Characters At a Time May 23, 2014
by David McCarter
$1.99
It seems that the more we evolve the less common sense we have. These are a collection of tweets (#aitoo) of what I call common sense.
Read more
Other Formats: Kindle