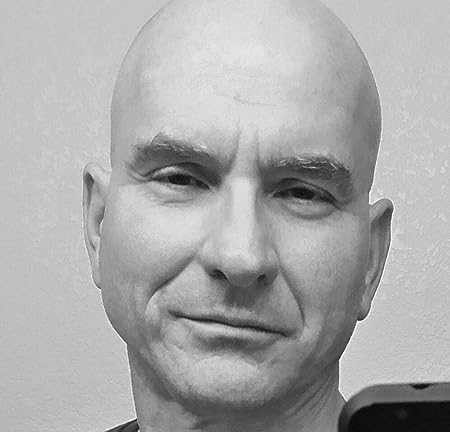 Everyone is afraid of something.

Maybe it's that flash of movement you are sure you saw from the corner of your eye just a second ago, but when you turned, nothing was there. Maybe it's the new noise in your house that you tell yourself is just the joists settling. Maybe it's your neighbor who seems friendly and convivial, but there is something just a bit off about them.

Ordinary people encountering other people--or, perhaps, things--are at the crux of what I write. Ordinary people can be heroes, but they can also have the fecal matter scared out of them when they are stepping up.

Some tales have a happy ending, but not all. And whether the monsters are human, or something else, their stories will be real. 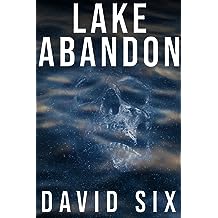 Lake Abandon Jan 13, 2022
by David Six
( 2 )
$4.99
Three people on a collision course:
A wife and mother, teetering on the edge of sanity.
A narcissistic killer, whose brutal murders become more vicious with each victim.
A worn-out cop, trying desperately to put the pieces together.

Eddie Swofford is a big-box home center worker who accidentally discovers he likes killing. He likes it a lot.

Harrison “HarHar” Hardy is the detective assigned to the case, which becomes more confusing with each victim found.

Three people. One horrific evil. Who will survive?

Warning: This story examines the nature of criminal insanity, and therefore contains scenes of graphic violence that may be disturbing to some. Reader discretion advised.
Read more
Other Formats: Paperback 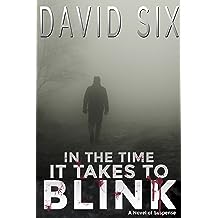 Frank Bruno is the cop, a former Santa Mariana, California, detective. The killer is the faceless murderer known only as “Deadly Sins”. Ten years ago, Bruno was closing in on Deadly Sins, when unimaginable, horrifically bloody tragedy struck at the very heart of his life. That day, he walked away from his home, his career, the job…

He spends his days fishing off a tidepool in the Pacific, across Highway 1 from the abandoned gas station where he lives. And he drinks. But the booze doesn’t make him forget what he saw, that last day on the job. Nothing will, except death.

Now, his former partner, and newly-anointed lieutenant, Rita “Sally” Salvanian, shows up at his door with a case file. In it are photographs of Deadly Sins’ first victim in a decade. Bruno wants nothing more to do with the cops, the law, or the case.

But Sally knows how to play Bruno, and she does. Before he knows it, Bruno is drawn back into the hunt for one of the most horrific killers Northern California has ever known.

With the help of a young friend who rescued Bruno four years before from certain arrest, and the devastated but resolute mother of Deadly Sins’ newest victim, Bruno may have a chance this time to put to rights his mistakes of a decade ago.

If Deadly Sins doesn’t get to him first.

Equal parts gory chills and irreverent humor, “In the Time It Takes to Blink” will leave you breathless as it races breakneck through twists and turns to its startling conclusion!
Read more
Other Formats: Paperback 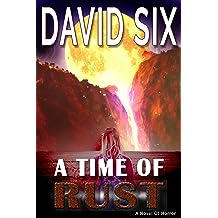 Ellington “Ellie” Dardanelle, wrongly convicted of a crime, is not enjoying his first night in prison. Especially when his mountainous cellmate decides to have his way with him. But Ellie responds in a rather “eye-opening” way to the hulk’s unwelcome advances.

Arthur “Artie” Bissell, Catholic priest, is also a criminal. The church where he ministers to the faithful is being used as a front by:

Theodore Copeland, money launderer for organized crime. Theodore and Artie discover something in each other that goes far beyond their larcenous ways, though volatile Theo does his best to deny the attraction.

Ginny names her late-night visitor the Kind Man, and sees him on infrequent occasions over the years. Ellie, Artie, and Theo all hear murmurings in their head from something they come to call the Voice.

Follow these four ordinary people over more than two decades as their entwined fates hurtle them towards a climax that may end their lives, and tear apart the world as we know it! 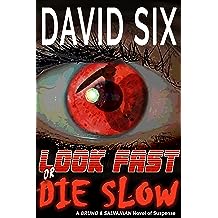 Former Santa Mariana police detective Frank Bruno hasn’t a clue. The murderer’s MO—skinning his victims and carving certain parts of their flesh for his gruesome use—is unlike anything Bruno’s seen in all his years as a cop. The serial killer delights in taunting Bruno—if you call leaving him notes scrawled in the victim’s blood at the murder scenes provocations:

Miss me, Bruno? the killer writes in blood. And as he closes in on Bruno, Not long now!

Bruno’s former partner, Santa Mariana PD Lieutenant Rita “Sally” Salvanian, finds herself in the unusual position of being the grownup in trying to protect Bruno, while making sure he doesn’t do something stupid—like set himself up as bait for the Skinner, as the FBI dubs the murderer.

All this while Bruno tries gently to discourage a gorgeous young stalker who has become enamored with him and will not leave him alone—even after she meets his girlfriend, Emily. And while single-mom Sally gets a surprise—and unwelcome—visit from the father of her six-year-old son, Jamie.

The second book in the “Bruno & Salvanian” series, “Look Fast or Die Slow” dives back into the lives of your favorite dysfunctional investigators as they struggle to catch a serial killer who seemingly cannot be caught. And as the bodies pile up, and Bruno blames himself for triggering the killer to start his vicious spree, Sally wonders if, this time, she will lose Bruno for good! 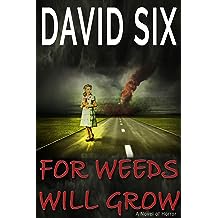 It all starts with the body Danny and his best friend, Donny Meachum, find hidden in a storm culvert on a hot July day in 1966. Danny has never seen a body before, but even at his young age, he knows what has been done to the corpse is not normal. Not normal at all.

The police act confident, but Danny can tell they are perplexed. After all, it isn’t every day in the small Missouri town of Winchell that such a thing happens. No, Danny’s quiet little town is nestled in the northern Ozarks, stifled by humidity, and host to the occasional marauding tornado. Danny is just a normal little kid, doing normal little kid things…

And then his hallucinations start. At least, Danny hopes they’re hallucinations, because if they aren’t, then… Well sir, that means what he’s seeing is real!

The doctor tells him it’s nothing, just growing pains is why he passes out when he sees the first vision, brought on by too much birthday cake. But Danny isn’t so sure. A circle of wooden doors held shut with iron brackets and braces and nails and locks, floating around you in your mom’s dining room, isn’t something you just dream up, not even a boy with a roomy imagination like Danny. No sir.

And those doors? They aren’t just floating in the air… Well, they are, but they are not silent. No, those doors are creaking and straining and bending and getting hammered on…

By something on the other side.

And then the gray people start appearing…

Filled with family secrets and supernatural horror, “For Weeds Will Grow” is the story of Danny Noble across the years, a boy who only wants to be normal, until he realizes that “normal” is something he can never have. Because boys with a destiny are anything but ordinary. 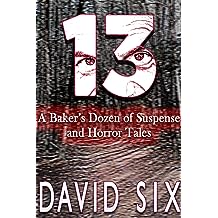 Here are thirteen short stories of horror and suspense to make you feel you are not alone in the room--even when you think you are.

A teenage girl wants what she wants--no matter what.

A haunted house with a twisted ending.

A man at the end of his career, and his eerily lifelike ventriloquist dummy.

And more. Thirteen shorts in all.

Make sure the lights are on.
Read more