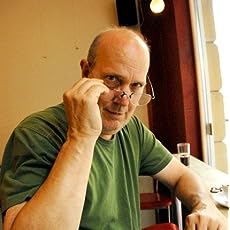 Originally from Binghamton, New York, David Stone is a New York City based writer of novels, nonfiction books, online content on several platforms as well as a hard copy journalist and reviewer.

He is the author of the Travels With George series of cat adventure and travel books that are illustrated by his wife, cat artist Deborah Julian.

"My novels spring from a backdrop of the revolutionary Sixties, when the sleepy Post War American conformity and contentment was blown apart from more angles than you can count - civil rights, Vietnam, modern art, beats, hippies and the counterculture. My main character, Peter McCarthy, had his most formative experiences in the Sixties. But then, the energetic decade fell into the disillusion of the Seventies. Peter navigates his way through and beyond."

"I don't know how to explain my nonfiction books. I never expected to write one, let alone two, but there they were. I had to type them out and put them between covers. These were two of the most surprising, exhilarating experiences I've ever had.

"I'm lucky to be married to an artist who loves travel and cats as much as I do. I managed to recruit her to make my stories of George and Billy's travels come alive in full color (often funny) illustrations." 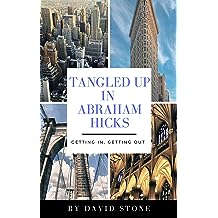 Tangled Up In Abraham Hicks Jun 8, 2017
by David Stone
( 7 )
$6.99
Jerry and Esther Hicks, carried on the shoulders of Abraham and the Law of Attraction, swept up thousands of followers, publishing books and selling out workshops where they presented "The Teachings of Abraham."


Tangled up in Abraham Hicks tells the story of being caught up in the enthusiasm and finding a way back out when the wheels came off Jerry and Esther's "Rock Star Monster Bus."


Read about the contradictions, false lessons and greed that poisoned a once rewarding pursuit of happiness.
Read more
Other Formats: Paperback 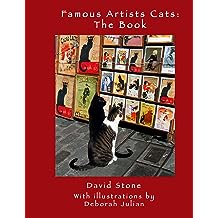 Famous Artists' Cats: The Book Nov 24, 2015
by David Stone , Deborah Julian
$8.99
Many famous artists, from Klimt to Picasso to Matisse, loved cats. They posed for photographs with them and allowed their feline friends to wander around the studio. Sadly, not enough of them allowed their cats to participate in the art.

That is, the artists never let their cats get inside the pictures. As every cat lover knows, the cats must surely have tried.

Famous Artists' Cats, inspired by cat artist Deborah Julian's popular images, aims to correct this historic deficiency. Partnering with her own cats, George, Billy and Sam, in 17 full color works of digital art, she has swung open the studio doors and let them get inside the frames at last.

Enjoy multiple feline explorations within the imagination of Matisse and Van Gogh. See what happens when a vain young woman in front of a mirror is replaced by a cat. See if George, Billy or Sam can out-parody Lichtenstein.

David Stone puts the pictures in perspective comments about he artists and the art being invaded.

Deborah Julian's cat art is often funny, sometimes insightful and always respectful of both the artists and the cats.
Read more
Other Formats: Paperback 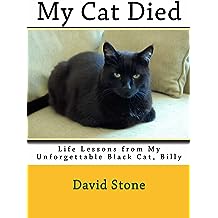 My Cat Died: Life Lessons from My Unforgettable Black Cat, Billy Mar 28, 2015
by David Stone , Deborah Julian
( 2 )
$4.99
We loved Billy, fed and cared for him for sixteen and a half years. Bringing him home as a four month old from the shelter that rescued him, along with his sister, from underneath a suburban porch in Upstate New York, I held him easily in the palm of my hand.

(Inside, full color photographs show Billy at his best.)

We will never know anything about his parents or what his life was like in the months before we brought him home. But from his first days with us, he was as sweet as any cat we have ever known. It took us much longer to understand how very smart he was.

This book is a sort of black cat biography, a record of his last year in perspective of the sixteen that came before. It's a sad story made lighter by anecdotes from his adventurous past.

It's also heroic. A black cat who, although loving and playful, insisted on being himself and doing some things his own way. The result go from hilarious to inspiring.
Read more
Other Formats: Paperback 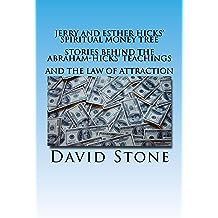 Jerry and Esther Hicks' Spiritual Money Tree: Stories Behind the Abraham-Hicks Teachings and the Law of Attraction Feb 16, 2015
by David Stone
( 9 )
$6.99
A one time admirer looks back with a skeptical eye on the claims and teachings of Abraham-Hicks. How do they stand up in a cooler light outside the high intensity workshops and slick YouTube videos? Do the teachings make sense? Why does the organization continue to pretend Jerry Hicks is alive, more than three years after his death?
Read more
Other Formats: Paperback 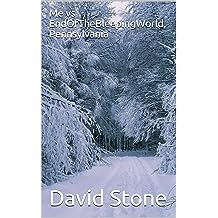 Me vs EndOfTheBleepingWorld, Pennsylvania Jan 24, 2020
by David Stone
$2.99
Another in a series of cheap short stories by David Stone. Here, Peter loses out in love to a small town in Pennsylvania but has the usual raucous and rowdy trip in getting there. An excerpt:

She chose to live in EndOfTheBleepingWorld, Pennsylvania. You know the place. Leafy hills, stream cut valleys, a town tucked alongside a river between them.
In autumn, forests light up, and when the colors burst, families pack into their cars to go out and have a look. It’s lyrical, beautiful, but by winter on Sunday afternoons, there’s not a goddamn thing to do.
Nothing. To. Do.
So, how was I supposed to live there? Why wouldn’t she leave?
It’s a terrible thing, a stain on my biography, to be beaten out for her love by EndOfTheBleepingWorld, Pennsylvania. 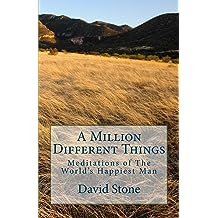 A Million Different Things: Meditations of the World's Happiest Man Oct 14, 2014
by David Stone
( 4 )
$8.99
"A Million Different Things" is a series of short, related essays (We call them meditations.) on the subject of learning to be happy and staying that way. Happiness itself is an idea unique to each of us, and this book talks about discovering the practices that can make it happen for anyone.

David Stone tells the story of growing from an intense investigator about "what makes reality real... or not" to a practitioner who learned that knowledge is worth little unless it leads us deeper into the surprising world most never recognize around them.

The book includes practical steps taken from real life experiences and shows how easy and pleasurable it can be for anyone to understand what happiness may be for them and how to get there fast.

Just as importantly, the author explains in detail the habits that prevent personal fulfillment and how they got there. He explains his discovery that joy is supposed to be easy and how to let it be so.

Readers see this as a how-to manual on becoming a dreaded "morning person," one of those people waking up each morning full of optimism driven by personal insight and playful practice.
Read more
Other Formats: Paperback 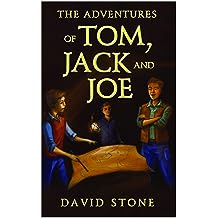 The Adventures of Tom, Jack and Joe Apr 30, 2020
by David Stone
$3.70
Join Tom, Jack and Joe on their adventures as they camp out in the woods, encountering wild animals and making new friends, including Harry and Cumbow. Their adventures bring them into contact with fairies, gypsies and aliens as well as haunted houses and a cave filled with gold! There are also mysteries and riddles to be solved, including the Land of the Lost Children, where a mysterious mist is capable of stopping time itself, and a magical island believed to contain a large quantity of lost diamonds. 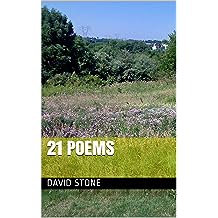 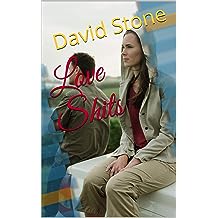 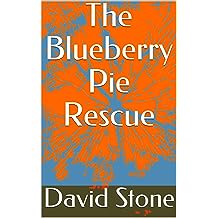 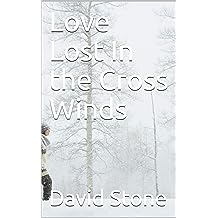 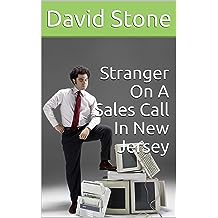 Stranger On A Sales Call In New Jersey (Cheap Short Stories Book 6) Aug 5, 2018
by David Stone
$0.99
A man watches himself from a distance as he overcomes obstacles to make a sale without losing himself.
Read more