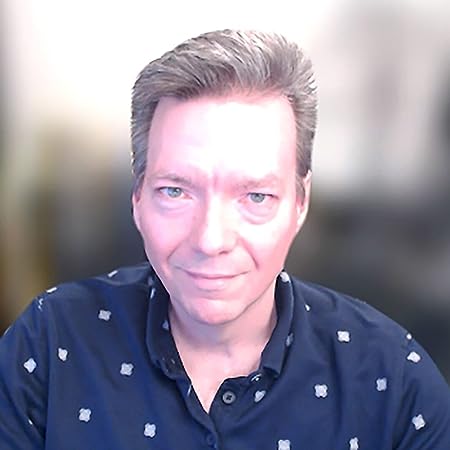 David Boles is an author living and working in New York City. He is a Broadcaster, Podcaster and Playwright. 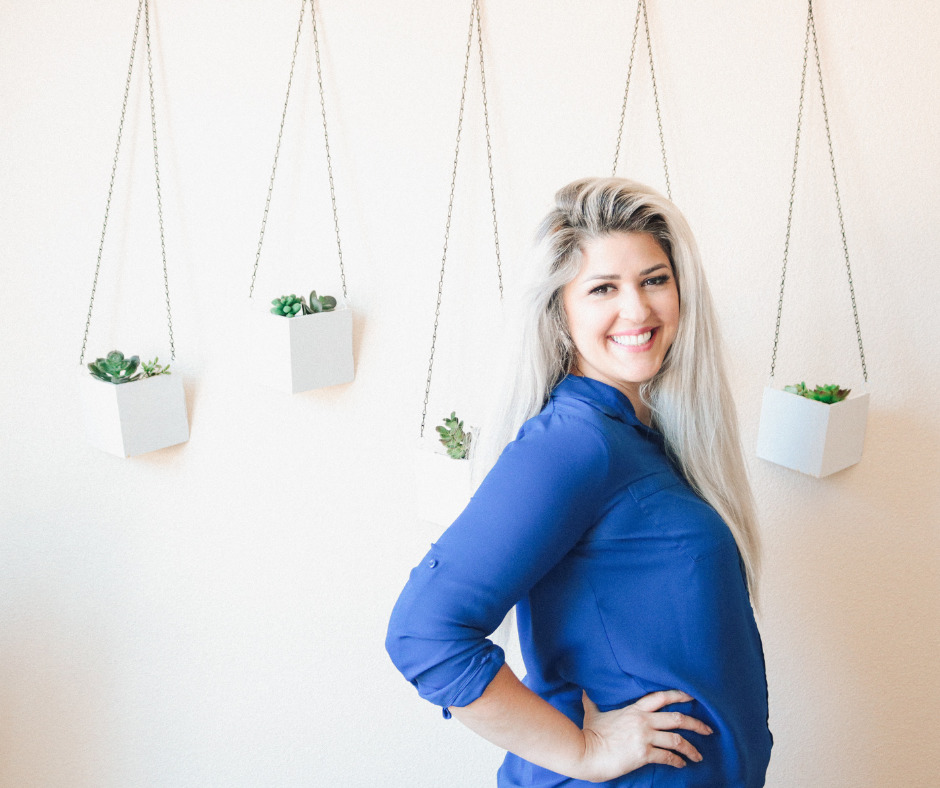 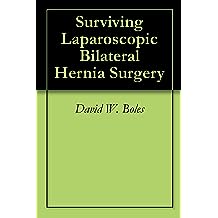 For over two years I suffered curious constipation (even though I drank lots of water and got at least 30 grams of fiber a day) and a strange and sometimes painful swelling above and to the right of my pubic bone. I also had infrequent right side pain and infrequent right testicle discomfort. Sure, I went to doctors and complained and sought assistance, but the side pain was tossed off as indigestion and the testicle pain only brought a painful 10 minute hands on examination consisting of squeezing and turning my testes. Finally, the discomfort above my pubic bone was termed "nothing unusual" even though I told my physician that, every time I had a bowel movement, I could feel what felt like a string being plucked in that area as everything was evacuating....
Read more 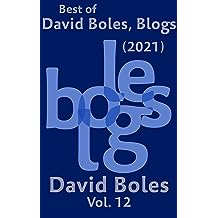 You are purchasing this eBook to support the ongoing online publication of David Boles, Blogs located online at BolesBlogs.com where servers, bandwidth, and images support all have a rising, substantial, cost for production. Thank you! In this year’s volume, you’ll discover the world-shattering insurrection that blistered the United States on January 6. You’ll learn about Deaf Culture and how Apple tried to borrow language values that did not belong to them. You’ll also discover why Merrick Garland was absolutely the wrong person to lead the Department of Justice. Finally, you’ll be introduced to Boles.tv – streaming live every weekday at 9am Eastern. Plus, there’s a lot more in here for you! 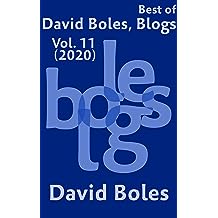 Best of David Boles, Blogs: Vol. 11 (2020) Dec 10, 2020
by David Boles
$9.99
You are purchasing this eBook to support the ongoing online publication of David Boles, Blogs located online at BolesBlogs.com where servers, bandwidth, and images support all have a rising, substantial, cost for production. Thank you!

In this year’s “Best Of” you’ll read about the ghosts of a small town newspaper, you’ll be riled up all over again in the Covid-19 pandemic and its aftereffects on the people, policy, and politics of American culture in a carceral nation. You’ll be taken back in time to the movie premier of “Ordinary People” and you’ll learn about the beauty, and the merits, of the sun and the beguiling moon.

Plus, more stories are in store for you! Read on! 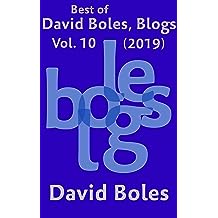 Best of David Boles, Blogs: Vol. 10 (2019) Dec 9, 2019
by David Boles
$9.99
You are purchasing this book to hold in your hand a year’s worth of the best, redacted, articles published on BolesBlogs.com; and your support helps us pay the cost of server fees and bandwidth allocation. We never ask you for any donations, or subscriptions costs during the year, but once, one time, this time, each year, we do ask that you support the work we do by purchasing our latest “Best of” edition. Your act in buying our books is an ongoing article of faith we deeply appreciate.In this year’s edition, you will discover the dark side of politics, gender issues of online workout programs, and how we classify grief. There’s more than just that here, but those are the introductory promises of moral duty we have kept in 2019; and we shall, with your help, continue to cast even more prayers onto the waters of 2020.
Read more 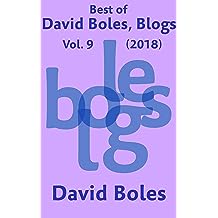 You will discover 12 essays that concern the delights, and the condemnations, of the human condition. You are purchasing this book to help us cover our server and bandwidth costs for all David Boles projects that arc across the span of the year to reach beyond time. We never charge for any content you access online, and so, this yearly celebration of some of our work is the only means we have to formally request your financial support.

There are no hyperlinks or fancy formatting in this ebook. In fact, this is a purposeful, old-timey, “flat file” publication — just like the old paper books of yore, where you start on page one, and finish reading on the last page. This is a mechanical choice of function, not a moral inspiration of cunning! 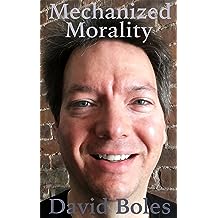 Mechanized Morality Jan 3, 2018
by David Boles
$9.99
Welcome to the eBook version of the Mechanized Morality newsletter written, and produced, by David Boles. The idea of the newsletter is to examine the connection between what has been lost and what has been put forever missing in the move from a mechanistic life to one of the ethereal. The newsletters included in this volume are from 2016-2017 and you will recognize some of the hard terms of coming to terms with living a modern life.

In this newsletter-as-book you’ll learn about the hardship of politics, the memetic movement of a new Human Meme podcast as well as the merits of giving up bits of yourself for the greater good. Every Mechanized Morality update starts with gears of the day, followed by questions from readers. 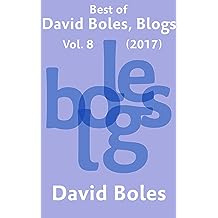 Best of David Boles, Blogs: Vol. 8 (2017) Dec 5, 2017
by David Boles
$9.99
Here are a few highlights from this year’s edition of -- Best of David Boles, Blogs: Vol. 8 (2017)! You will learn the unfortunate language choices director Guillermo del Toro made in the construction of his ill-fated Fairy Tale: “The Shape of Water.”
Do you know how to protect your cellular phone number from being stolen via SIM swapping? Read on, Macduff! As well, you’ll share in the harrowing story of Wikipedia deleting my page! What sort of permanent record of the internet allows other people to break the truth and bury facts? 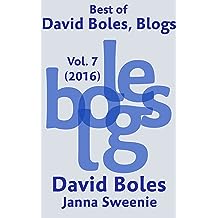 Best of David Boles, Blogs: Vol. 7 (2016) Dec 7, 2016
by David Boles, Janna Sweenie
$9.99
In the 2016 edition of "The Best of David Boles, Blogs" Vol. 7 -- you’ll read about Shingles, the 30th anniversary of the David Boles Play “A Stone’s Throw” -- and how to provide right customer service. You’ll also learn about childhood predators, Nebraska Abolitionists -- and you will meet the president-elect “American Gargoyle!” Plus, your eye will find many other investigative articles that will provoke thought into anarchy! 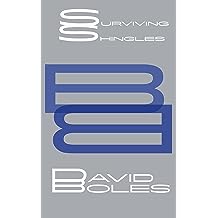 Boles Book for Surviving Shingles: A Four-Month Esprit of Agony (Boles Book for... 7) Apr 3, 2016
by David Boles
$2.99
Shingles -- aka Herpes Zoster -- is a terrible virus that painfully affects your nerve endings for at least four months, even if you are lucky enough to get the medication and ointment treatments from your doctor. If you’ve had Chickenpox, the Shingles virus is alive inside you and waiting to strike when you least expect it!

Shingles is devastating to those with AIDS, or those who are over the age of 70, but you can get Shingles at any age. I was smacked with the virus -- on my face! -- in early-middle age, which sounds better than being stricken in the Middle Ages!

If you’ve never had Chickenpox, and if you then touch someone’s active Shingles blisters, you may get Chickenpox! Be wary if you are an adult over 18-years-old, because 50% of the deaths in the USA from Chickenpox every year are adults. If you’ve had Chickenpox, you can get Shingles by, again, touching the active blisters of someone with Shingles.
Read more 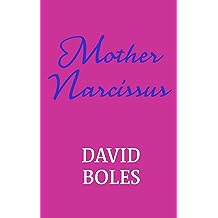 Mother Narcissus Jan 31, 2016
by David Boles
$9.99
Author Note
The Narcissistic Mother is an historic psychoanalytic diagnosis that removes virtue from some of the unassailably presumed tenets of motherhood. This fanciful autobiography is shared from the role of the obtuse outside observer, the para-omniscient elder self, and the Godforlorn point-of-view. What is real and what is painfully imagined is for you to decide.

The storytelling is purposefully shared in bright, taut, shards of childhood memory and in the bitter limpets of an insecure adulthood. The title of this book leads the example of the writing. This is not about the son, but rather about the mother’s effect upon the son.

If you unconditionally love your mother, and she you -- this may not a relatable book, unless you appreciate the Art of a slow self-immolation -- if, however, you’ve survived a tortured darkness where your mother set herself up to be your perfect, worst, enemy and best competitor, then this was written precisely for you.

1965-1970
Paddy was born in the middle of winter during a crusting ice storm. It was a post-midnight January morning when his mother called her estranged husband to take her to the hospital in the middle of a blizzard. Waiting for her un-betrothed to pick her up at the home they’d build together, she carefully drew her lips into a purposeful pursing for the application of a thick, waxy, bloody lipstick -- triangulated by blistering black eyes and charcoal hair, all coordinated to enhance the darkness of her cold and unbeating heart.

She checked the reflection of her applications in the mirror and her bluing lips turned frosty as Marko’s headlights lit up the driveway. Paddy’s biological father arrived only by order of the court. Marko was to deliver his wife to the hospital for the birthing of his first-born son who was pre-born into a broken family.

Antonia emigrated from the Eastern Bloc long before it made a modern war transformation into a political pawn; and her cheating husband, Marko, was a Pact immigrant with fresh Shingles scars pocking his wrinkled face. The nerve virus was alive and eating his skin from the inside out.

Shingles suffering was not enough for Marko -- he had to visit his moral sins upon his estranged wife and unborn son as well. After a five-year marriage of inconvenience to Antonia, Marko decided he’d had enough of her reflective ways and decided to reflexively act in his own best interest, but never his son’s, and find another woman for breeding even though he’d already tossed away one unborn life in his wake.

Marko and Antonia had settled on a life together in the bland Midwest. They created a home dead in the center of the country bound by the remnants of a festering dust bowl where heat and humidity during the eternal Summer months backed up along the mountains and settled over an entire State -- to cook both livestock and people from within their August skins. That wasn’t living, it was suffering through inevitable death.
Read more 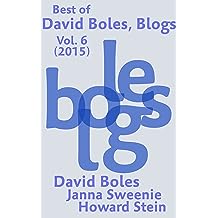 We celebrate the return of the magnificent Dr. Howard Stein -- in yet another exclusive article unearthed from the Prairie Voice Archives located on Boles.com!

These articles are selected and curated for your enjoyment. Only the best, and most effective, work appears here. Every sale of this electronic book gets turned right around and reinvested in our server and bandwidth hosting costs so we may continue to create new on-the-record truths. We could not survive without the great spirit of your ongoing support.
Read more 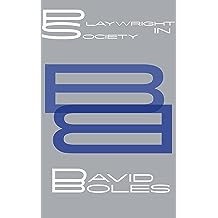 Boles Book for the Playwright in Society (Boles Book for... 4) Mar 25, 2015
by David Boles
$2.99
I have often been asked to take and organize my writing about drama theatrical theory and place everything in one easy place for reading and that event is this book!

This learning precis, this -- Boles Book for the Playwright in Society -- will examine, in detail, how the Playwright is a benefit to the social core and why we need the Playwright, in situ, examining the world. This book includes some of my private writing, my public online work in David Boles Blogs and other hidden inspirations found on the Boles.com Prairie Voice Archive.