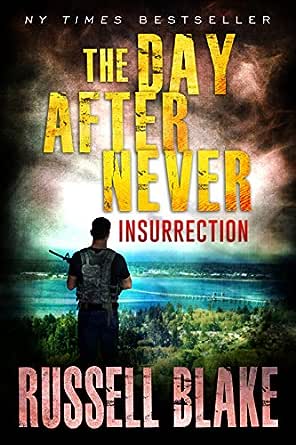 You've subscribed to The Day After Never! We will preorder your items within 24 hours of when they become available. When new books are released, we'll charge your default payment method for the lowest price available during the pre-order period.
Update your device or payment method, cancel individual pre-orders or your subscription at
Your Memberships & Subscriptions
There was an error. We were unable to process your subscription due to an error. Please refresh and try again. 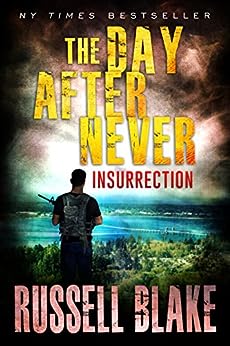 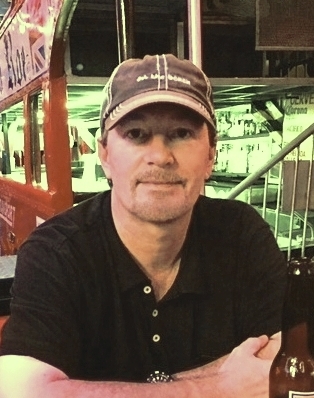 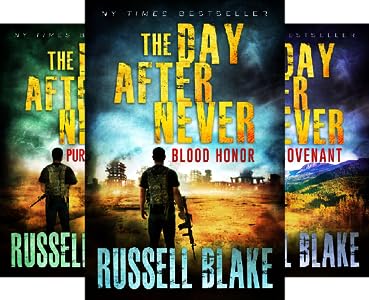 Featured in The Wall Street Journal, The Times, and The Chicago Tribune, Russell Blake is The NY Times and USA Today bestselling author of dozens of action/adventure and mystery novels, including Fatal Exchange, Fatal Deception, The Geronimo Breach, Zero Sum, King of Swords, Night of the Assassin, Revenge of the Assassin, Return of the Assassin, Blood of the Assassin, Requiem for the Assassin, Rage of the Assassin, The Delphi Chronicle trilogy, The Voynich Cypher, Silver Justice, JET, JET - Ops Files, JET - Ops Files: Terror Alert, JET II - Betrayal, JET III - Vengeance, JET IV - Reckoning, JET V - Legacy, JET VI - Justice, JET VII - Sanctuary, JET VIII - Survival, JET IX - Escape, JET X - Incarceration, JET XI - Forsaken, Upon A Pale Horse, BLACK, BLACK Is Back, BLACK Is The New Black, BLACK To Reality, BLACK In The Box, Ramsey's Gold, Emerald Buddha, The Goddess Legacy, Deadly Calm, Extinction Thailand, A Girl Apart, and The Day After Never series: Blood Honor, Purgatory Road, Covenant, and Retribution. Non-fiction includes the international bestseller An Angel With Fur (animal biography) and How To Sell A Gazillion eBooks In No Time (even if drunk, high or incarcerated), a parody of all things writing-related. Blake is co-author of The Eye of Heaven and The Solomon Curse with legendary author Clive Cussler. Blake's novel King of Swords has been translated into German by Amazon Crossing, The Voynich Cypher into Bulgarian, and his JET and Ramsey's novels into Spanish, German, and Czech. Blake writes under the moniker R.E. Blake in the NA/YA/Contemporary Romance genres. Novels include Less Than Nothing, More Than Anything, and Best Of Everything. Having resided in Mexico for fifteen years, Blake enjoys his dogs, fishing, boating, tequila and writing, while battling world domination by clowns. His thoughts, such as they are, can be found at his blog: RussellBlake.com --This text refers to the paperback edition.

4.7 out of 5 stars
4.7 out of 5
98 customer ratings
How does Amazon calculate star ratings?
Amazon calculates a product’s star ratings based on a machine learned model instead of a raw data average. The model takes into account factors including the age of a rating, whether the ratings are from verified purchasers, and factors that establish reviewer trustworthiness.
Top Reviews

stefan
2.0 out of 5 stars Full of plot holes, conspiracy theories and unrealistic characters
Reviewed in the United States on May 22, 2019
Verified Purchase
Not sure how I made it this far in the series but after a long time I picked up Book 5, which will certainly be my last one. The series starts off well, but by now we have the Illuminati trying to take over the world by sending in one man at a time, the Chinese attacking the US, and firefights with 1:30 odds that end without a scratch. The story and characters are so far-fetched and their actions so moronic it made me cringe hard several times. Some examples (spoilers ahead):
- The most important thing when trying to attack a town of 500 souls is to kill the doctor, because then it can't defend itself. Blowing up the armory with explosive is only secondary.
- There's a group of 30 armed individuals in a fortified location and we'll go attack them with 3 people, because no one else wants to help and we decline to take 2 others.
- We transport something very crucial, but only on one horse, rather than distributing it amongst the group in case something happens to that horse.

I could go on but I think you'll get the point. Also the author's right-wing political views shine through a bit too much on several occasions for me.

Mathew B. Andresen
4.0 out of 5 stars Still good
Reviewed in the United States on April 10, 2019
Verified Purchase
I'm still enjoying this story, but there are a couple of points I disagree with.

Also, these gangs in the big cities. What are they eating now 5 years later? Big cities need large farming communities to keep them fed. There doesn't seem to be much discussion of that. The gangs wouldn't just be in the cities, they would be organized and everywhere.
Read more
One person found this helpful
Helpful
Comment Report abuse

Edward Adamsky
4.0 out of 5 stars Great continuation of the series about after the collapse of American society
Reviewed in the United States on May 26, 2017
Verified Purchase
This is part of a series that I have really enjoyed. The actions is pretty constant but the characters are developed, likable, and realistic. The story is situated in America after a collapse of society due to political and medical problems. The concept is plausible and horrifying to contemplate. The author seems to be cautioning us to be ready for such an event. I have enjoyed following the characters through the series and look forward to the next book. I would not say that this is great literature, but it's great fiction and a good read if you enjoy action/adventure with combat situations and tense moments. You could call this a "page-turner" if it weren't on a Kindle.
Read more
One person found this helpful
Helpful
Comment Report abuse

Vaughn Hopkins
5.0 out of 5 stars Typical Engrossing story, impossible to put down
Reviewed in the United States on April 14, 2017
Verified Purchase
Fifth in the series, and Lucas and his friends are headed out to Oregon. Because the population has been decimated, and the economy is destroyed, and a deadly virus has evolved into an even more deadly virus, travel is difficult. But, most of them survive the trip only to find themselves in another mess. How the mess is handled, and changes, and the cause was figured out, makes a very engrossing story. As I did in the previous books of the series, I ended up reading the last half of the book in a non-stop late night. One thing that is universal about Russell Blake is that he can grab your attention and keep it. Now, to wait out the publishing of the last of the books in the series!!
Read more
One person found this helpful
Helpful
Comment Report abuse

Kindle Customer
5.0 out of 5 stars The Day After Never Insurrection Russell Blake
Reviewed in the United States on April 22, 2017
Verified Purchase
The saga continues.. Survival of the strongest in a world torn apart by , initially by an EMP. Years have passed and now society has turned upon each other. Countries are deteriorating, or have become a wasteland. Lucas and his group of survivors are trying to help . They have a vaccine to immunize the thousands dying from a new illness devastating the population. A nuclear reactor is polluting the waters in the northwest. A foreign battleship is approaching the shoreline. This is an extraordinary novel, extremely well written in a believable scenario. I highly recommend!!
Read more
One person found this helpful
Helpful
Comment Report abuse

George E Turner
5.0 out of 5 stars Lucas Is The Man!!
Reviewed in the United States on August 24, 2017
Verified Purchase
I love this genre. Life after "the Event" is going to be hard enough. But for Lucas, every day is a different challenge that must be met and defeated. Russell Blake is an amazing author with that special gift that a lot of authors only dream of having. This is not his only series, and all are equally amazing. This storyline is one of the best in the post apocalyptic world and Russell Blakes' wordsmithing is top notch and the characters are so endearing that you find yourself begging for the next book to come out soon.
Read more
Helpful
Comment Report abuse

Kim Cano
5.0 out of 5 stars Top Shelf Installment
Reviewed in the United States on April 13, 2017
Verified Purchase
Blake delivers another epic dystopian adventure in a post-apocalyptic world that is frighteningly plausible, taking the plot and characters into directions I didn't see coming. Readers looking for non-stop thrills won't be disappointed. I'm really glad the next book comes out in a few weeks because I'm dying to know how the series ends.
Read more
One person found this helpful
Helpful
Comment Report abuse
See all reviews from the United States

Dave Deal
4.0 out of 5 stars Good but not Great like the earlier volumes
Reviewed in the United Kingdom on August 25, 2018
Verified Purchase
The Day after Never books are a great story which I am really enjoying, much to my suprise., not normally my kind of read.
This story seems to be more about setting up the next book No. 6 which I am reading now and cannot put down. It is a good story as are all of Russell Blake's books. He is one of my favourite authors.
Not quite so much action and can't put the book down with this particular story, but still enjoyed it.
Read more
Helpful
Sending feedback...
Thank you for your feedback.
Sorry, we failed to record your vote. Please try again
Report abuse

Rwaite
5.0 out of 5 stars Russell Blake does it again!!
Reviewed in the United Kingdom on April 27, 2017
Verified Purchase
I love the Russell Blake books and this series is no exception. It's well written with great descriptions of the people and places and as always, has you hooked in the first few paragraphs.
Read more
Helpful
Sending feedback...
Thank you for your feedback.
Sorry, we failed to record your vote. Please try again
Report abuse

Amazon Customer
5.0 out of 5 stars Back on Track!
Reviewed in the United Kingdom on April 24, 2017
Verified Purchase
A great book - I enjoyed it far more than book 4 - Blake is back on track with this one! I can't wait to read Book 6 in a few weeks!
Read more
Helpful
Sending feedback...
Thank you for your feedback.
Sorry, we failed to record your vote. Please try again
Report abuse