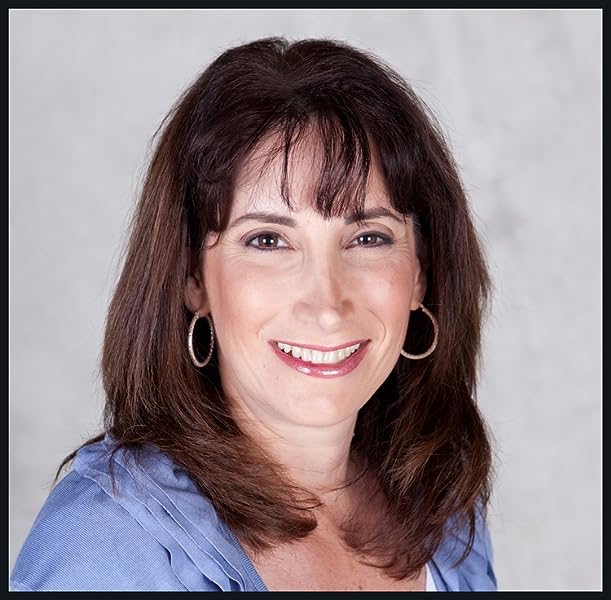 by Sheryl Steines (Author)
3.8 out of 5 stars 20 ratings
See all formats and editions Hide other formats and editions
Read more Read less
Inspire a love of reading with Prime Book Box for Kids
Discover delightful children's books with Prime Book Box, a subscription that delivers new books every 1, 2, or 3 months — new customers receive 15% off your first box. Learn more.
click to open popover

Since the age of seven, Sheryl wanted to be a writer when she began writing her first detective story and several poems. Working toward her dream, Sherylstarted at the University of Iowa and transferred to Wright State in Dayton,OH, where she received a Bachelors in English. Unfortunately, events in herlife temporarily interfered with that dream. To pay bills, she started incustomer service and started writing technical manuals for a bankingorganization.

After a 20th high school class reunion, Sheryl realized thatbecoming an author continued to be her lifelong passion. More and more shedaydreamed about characters, different story lines and the ongoing story of theWizard Hall Chronicles. The characters spoke to her. She wondered: What wouldthey do, how would they react and she finally pursued her passion.

The Day of First Sun is the first book of theWizard Hall Chronicles and was originally published in 2011. The book receivednotable recognition:

The Day of First Sun has been rewritten with a new focus on thecharacters and the tenuous relationship between the magical and nonmagicalworld, it was republished in 2016. Black Market is the second book inthe Wizard Hall Chronicles was recently published in 2017. Sheryl also publisheda nonfiction book Introvert to Sales Goddess.

3.8 out of 5 stars
3.8 out of 5
20 customer ratings
How does Amazon calculate star ratings?
Amazon calculates a product’s star ratings based on a machine learned model instead of a raw data average. The model takes into account factors including the age of a rating, whether the ratings are from verified purchasers, and factors that establish reviewer trustworthiness.
Top reviews

CP
5.0 out of 5 stars A Wonderful Experience
Reviewed in the United States on April 8, 2012
Verified Purchase
I have to admit, I got this book because my wife raved about it and talked me into it. There, now that the blame game is finished we can get started (Love you dearJ). I've always been a fan of the supernatural with some of my favorite stories being the Legend of Sleepy Hollow and Dracula as well as a love for books, shows, and movies about them and witchcraft (ie Buffy the Vampire Slayer, Forever Knight, Charmed, Harry Potter). With that being said the thing that struck me most about The Day of First Sun wasn't its similarity to any of those in particular but the combination of them. Let me explain.

While reading the novel, I could understand and see various parts of each within it. The organization and infrastructure of the magical community reminded me of the world of J.K. Rowling's Harry Potter with their own police force and remaining separate while intertwined with our real world. In that way, the author avoided the often chaotic circumstances from the Charmed universe.

Speaking of Charmed, the book reminded me of the series because of the potions they made to heal and vanquish demons as well as the Book of Shadows that witches and wizards have to help them in the fight against evil. Like in the show, the two worlds are kept separated except for the occasional non-magical person learning of their existence in which case their memories would be modified or they'd be brought into the fold to help.

Citing Buffy the Vampire Slayer as her original antithesis, I expected a blonde (duh right?) slaying vampires and saving the world. I wasn't too off with that but I think the largest contribution was the idea of Girl Power. The protagonist struggles through realizing the love of her life, both of them being in extreme danger, and the murder of her father in an effort to bring the bad guys to justice and let good triumph. While it wasn't as clean and neat as that, the characters didn't disappoint.

With this work, Sheryl Steines managed to bring a little of each of my favorite fantasy shows to the forefront and incorporated them in what I feel is a masterpiece. Yes, you heard me right and please keep in mind that`s my opinion and I won`t hold it against you if you disagree or call me names. To me, between her story telling and command of the world in which her characters live, I'd be surprised if one day she isn't considered among the greats. I really enjoyed reading this and look forward to its sequels in the future.
Read more
7 people found this helpful
Helpful
Comment Report abuse

Amazon Customer
5.0 out of 5 stars The Day of First Son by Sheryl Steines
Reviewed in the United States on March 20, 2012
Verified Purchase
Sheryl Steines has created a book that will be reminiscent of books you've loved over the years. To sum it up quickly--think Harry Potter all grown up!

No, this isn't Harry Potter all over again--but it has the magic, the kinship and the story of good overcoming evil that we've come to expect from JK Rowling and other fine fantasy authors--whether they be YA or Adult novels.

This is definitely an adult book, though older teens would enjoy it as well, I believe. Imagine a world where magic beings exist. Witches and Wizards that live among society in secret. In the world Steine created, the characters live in Modern Chicago. The Guard are there to keep the peace in the world and act as liaisons almost with the FBI.

The prologue gives the reader the setting in general or the story. We know it's going to have magical characters. I love magical beings. Witches, wizards, sprites and more. Oh, did I mention vampires? Only these vampires aren't ones you'll fall in love with.

Anne Pearce is partnered with Cham Chamsky, and they work for the Wizard Guard--the law enforcement agency that deals with all things magical.

When a human princess is murdered with absolutely no forensic evidence, Annie and Cham are called in to search for clues.

What cold have been a routine murder mystery with a tad bit of magic and romance tossed in was so much more.

The world is believable, The characters are three-dimensional and the writing is superb. This is a debut author, but you'd never know it. The story is fast paced and the action never stops.

It's a delightful blend of fantasy, urban fantasy, mystery and thriller all in one well-crafted book.

This is the first book in the series. I can't wait or book two!
Read more
One person found this helpful
Helpful
Comment Report abuse

Kindle CustomerTop Contributor: Pets
TOP 500 REVIEWER
3.0 out of 5 stars It was just OK for me.
Reviewed in the United States on January 17, 2013
Verified Purchase
I guess it would make a good read for a teen. I think I just wanted more.
The heroine needed to be more (tougher, smarter, etc). Her love interest needed to be more (more 'take charge', more romantic). The plot needed to be more.

The overuse of certain words in the novel (like 'smirked')' and the use of wrong words (like fourth vs forth and reign vs rein) didn't bother me as much as it did some reviewers--after a while you just tend to ignore them.

It's just that I couldn't seem to connect very well with the characters. I simply didn't care that much about them or their extremely lackluster romance. I am hoping that their personalities (as well as their relationship) improve in the next book.

Decent writing style, though, and the action towards the end of the book was good. I believe that the writer can make this series work, so I'll check out her next book, She Wulf, when I get the chance.
Read more
2 people found this helpful
Helpful
Comment Report abuse

heather
3.0 out of 5 stars The Day of First Sun
Reviewed in the United States on November 8, 2013
Verified Purchase
If you have some time to kill then this book will be alright. But nothing to get excited for. It had potential, the little kids were entertaining, and then they grew up into adults that I wasn't quite interested in.
The whole first portion of the book dragged on, I almost gave up on it. The second half picked up a little, but it's not enough for me to continue with the series.
I thought it was going to be a grown up HP, but you might be better off reading HP again.
Read more
One person found this helpful
Helpful
Comment Report abuse
See all reviews from the United States