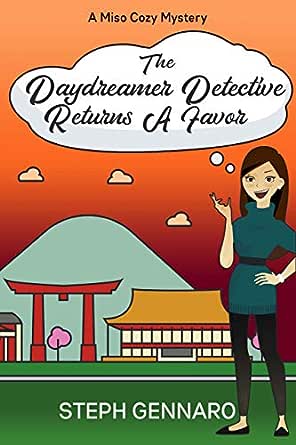 You've subscribed to Miso Cozy Mysteries! We will preorder your items within 24 hours of when they become available. When new books are released, we'll charge your default payment method for the lowest price available during the pre-order period.
Update your device or payment method, cancel individual pre-orders or your subscription at
Your Memberships & Subscriptions
There was an error. We were unable to process your subscription due to an error. Please refresh and try again. 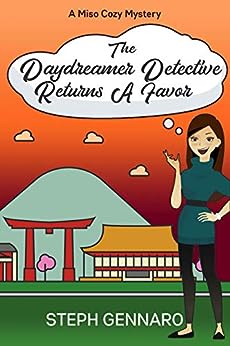 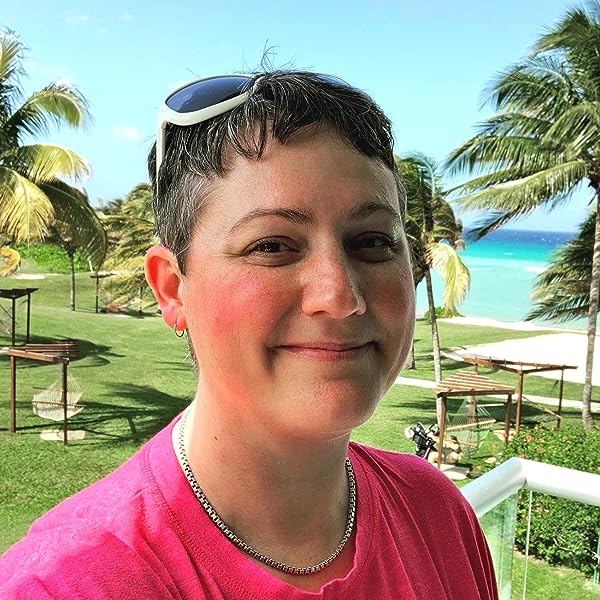 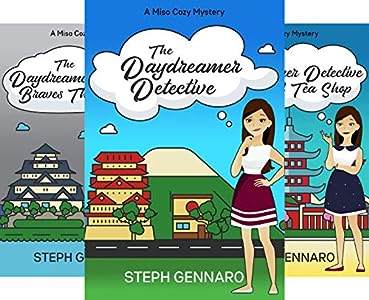 Jillian
5.0 out of 5 stars Overall well-written and engaging, couple things to overlook.
Reviewed in the United States on July 17, 2018
Verified Purchase
I don't remember how I found this series, but I started the first book a couple weeks ago on a whim to see what it was like. I was hoping it would be a little different and entertaining take on one of my favorite genres (cozy mysteries), but it ended up sucking me in completely and I read all the available books, including the novella, in a row! This left me feeling surprised for two reasons: I was happy to have found a new series I really enjoy, yet conflicted because I like it despite nuances that would have me abandoning other books.

Overall, the books are very well written. Writing style good, clean read, minimal editing flaws, all of those things are great, and probably had a lot to do with why I was able to overlook some things.

I am not overly familiar with Japanese culture, modern or no, which means I can't really verify that no liberties were taken. But, from what I /do/ know? It seemed accurate. So, any new knowledge I gleaned in this area while reading, I trusted the information and found it interesting, which means I grew to appreciate another culture even more than I had previously. Also, the cultural aspects never felt out of place or like they were just thrown in--they felt seamless and it was always just the right amount of detail I needed at the right time.

Despite suffering through Mei's endless, ENDLESS waffling about eeeeverything (her "luck," her husband, her mom, her purpose in life, her friendships, her intelligence, her work, her mystery solving, her intuition, her art abilities...) and perpetually self-deprecating and self-doubting nature through every book, I couldn't help but like her. I can't explain it. Usually this kind of woe-is-me protagonist drives me nuts and I abandon the book. Even when Mei predictably got pregnant, a circumstance which also usually turns me off a book, I still couldn't help but like her. Her flaws aside (which there is something to be said for her not being too perfect, which can also be irritating), she is kind, wants the best for everyone, is clever and intelligent, and is doing her best to find herself and come into her own, which is a struggle I think we can all relate to in any culture. Thinking on it now as I type this, I think the cultural aspects being so well explained and addressed at logical times helped me better understand Mei's struggles, which were largely framed by (and a product of) the context of her culture.

So many tragic circumstances kept piling up in this book (they pile up in the others too, but not at this magnitude!) that it grew to be a little hilarious and over-the-top, but somehow it all still felt natural and genuine, even when you add in all the character conflicts and growth that occurs as a result. It was like the original Nancy Drew stories where tragedy after tragedy occurs, except times ten!

By dint of being a cozy mystery, the books in this series are a little formulaic; however, they also have spirit, personality, and style--and some surprises! I could predict some of the things that would happen, but I was definitely caught off guard by other bits. It seems to me that the author has a clear outline for where she wants things to go with the story and characters, but it doesn't feel forced. She is guiding us toward those eventualities by laying the foundations in each book, while her writing style allows freedom of movement in the smaller details that give the story life and dimension in how we (book characters and readers) get there in the end.

I look forward to reading this series as it progresses!

Kindle Customer
5.0 out of 5 stars Lots of drama and surprises
Reviewed in the United States on February 24, 2018
Verified Purchase
I have enjoyed this series a lot as Mei develops into a more responsible and loving adult, continuing to work on her family's farm while also running her tea shop and solving another mystery. This time her computer jacket friend asks her to find out what happened to her best friend from high school, who disappeared without a trace about ten years earlier. In this book, no dead bodies show up until close to the end of the book. The surprise is the identity of the killer. Other drama includes tense relations with her mother oo feet the future of the farm and a huge typhoon which causes major damage. I like being able to learn about Japanese culture as well. Great read!
Read more
Helpful
Comment Report abuse

ThomasTop Contributor: Pets
VINE VOICE
5.0 out of 5 stars This is a fun series
Reviewed in the United States on March 8, 2018
Verified Purchase
Mei is enjoying her new tea shop. When her friend Akai inherited the Fukuda house, she ask Mei to oversee the removal of all the accumulated stuff, and keep an eye out for any hint of what happened to her best friend. Ten years earlier, Ria just disappeared and was never heard from again.

While investigating Ria's disappearance, Mei has several encounters with a cop who has it in for her, relations with her mom become strained to the point they are not talking, and they also get to deal with a category two typhoons.

This is the last of this series, and I was sorry to see it end. I have hopes that there will be more in the future.
Read more
Helpful
Comment Report abuse

Ariadne
5.0 out of 5 stars Modern Japan
Reviewed in the United States on October 22, 2018
Verified Purchase
I’ve enjoyed this series and plan to continue to the next book. A lot of mysteries set in Japan are historical and I enjoy the fact that these are set in the modern era. I also appreciate that the characters and their relationships are not static. Mei and her mother have gone through many ups and downs as families do. I find the mystery interesting but as in the other books, it is almost incidental to Mei’s daily life and relationships, which is fine by me in a “cozy”.
Read more
Helpful
Comment Report abuse

Kindle Customer
5.0 out of 5 stars Mei-Chan and her mother are having problems.
Reviewed in the United States on November 25, 2018
Verified Purchase
The first thing is Akai asks Mei to help her clean out a house, belonging to a family that lost their daughter, the.n her mother becomes very strange finally telling Mei that people think she's a witch and then a typhoon, brings more interesting things.

Tea Maven
5.0 out of 5 stars A well written and engaging read
Reviewed in the United States on May 28, 2018
Verified Purchase
Enjoyed the story line, thought the characters were well rounded and interesting, and was so engrossed in reading it that I could not stop! Besides the storyline, the infusion of Japanese way of life is into the story is the icing on the cake. Author improves her craft with each new novel in this series. Looking forward to the next one.
Read more
Helpful
Comment Report abuse

Kindle Customer
5.0 out of 5 stars Ichiban
Reviewed in the United States on January 19, 2018
Verified Purchase
Ichiban means number one in Japanese. This mystery series is a true adventure. I am left hanging on the who done it and have yet to figure out the villain. Having lived in Japan for three years as a military nurse in the 1970's puts me at cultural advantage, but a mystery is a mystery!
Read more
Helpful
Comment Report abuse

April Lambert Jones
5.0 out of 5 stars A great series
Reviewed in the United States on May 15, 2018
Verified Purchase
I love the glimpse I get of life in rural Japan. The characters are fun and well developed and still manage to surprise me. I recommend this series to all cozy readers.
Read more
Helpful
Comment Report abuse
See all reviews