Daylight's Deadly Kiss: An action-packed Gothic vampire t... and millions of other books are available for Amazon Kindle. Learn more 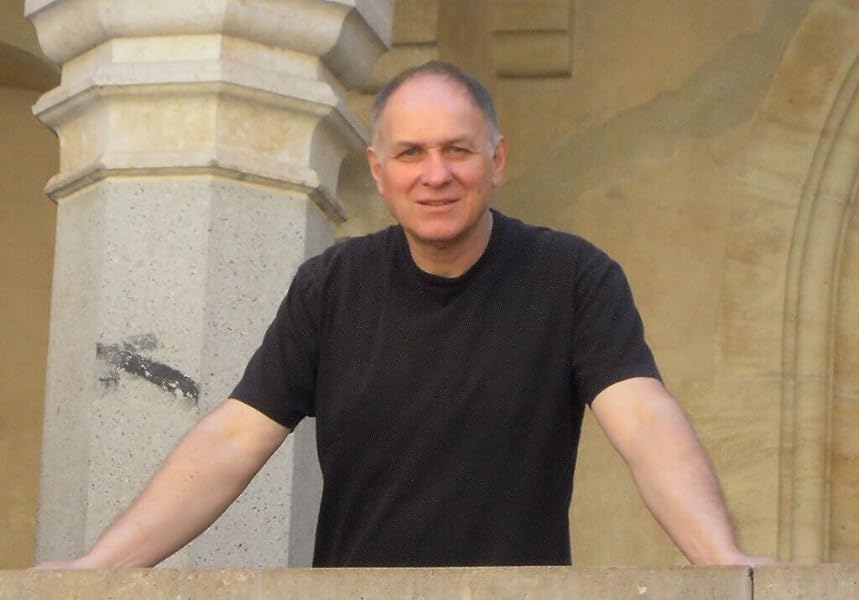 by Jay Raven (Author)
4.4 out of 5 stars 12 ratings
Book 2 of 3: Blood Riders
See all formats and editions
Sorry, there was a problem loading this page. Try again.

Start reading Daylight's Deadly Kiss on your Kindle in under a minute.

latasha
4.0 out of 5 stars vampire action movie material!
Reviewed in the United States on April 8, 2020
Verified Purchase
“I don’t look like death, I AM death,” he replied pointedly, gesturing ahead. “And all those I killed by my reckless stupidity have been waiting for me. All those phantoms from years ago. Biding their time for my return.”

3.5 Rounded up
In this book, Anton and his companions are off to find the legendary weapon,Basium Lucis - Daylight’s Kiss. Is it real? Does it really instantly kill vampires? They are about to find out but there's competition. Everyone is trying to get their hands on this fabled weapon.
If you like action movies and vampires, this is the book for you. The chapters are short, making it a quick read. The action slows down in some parts but it's never far off.
Read more
One person found this helpful
Helpful
Report abuse

Crusader
5.0 out of 5 stars Awesome Gothic Vampire Horror!
Reviewed in the United States on April 16, 2020
Vampire hunter, Anton Yoska is back in the second installment of the Blood Riders series! The book slammed me right back into the storyline as the first chapter grabbed me from the beginning and hurled me all the way to the end of the book!

Anton with his companions, Quintz, Toby, and the bear Samson set out on an adventure after Crown Prince Leopold drops a quest in their laps for them to locate a deadly weapon called "Daylight's Kiss" which has the ability to kill vampires instantly which up to this point is considered a myth.

Does Anton and his companions find it in time? What is the weapon exactly? How does it kill vampires? No spoilers here as you will just have to read the book!

The gothic horror theme of the book just wraps itself around you as it transports you right into the days of old along with horse carriages and the historical atmosphere of days gone by.

Giving this book 4.5 stars and rounding it up to 5 stars for an exciting adventure!
Read more
One person found this helpful
Helpful
Report abuse

I'm still smiling at the end of this wonderfully entertaining story. Yes, there was mystery, founded upon mystery, with double-crosses at warp speed and backed by more murder and mayhem than you could point a flintlock pistol at.

One quibble - there is an East European crime lord who uses words like 'git,' and 'chum,' and sounds like he might be from the south end of London - it's a little bit like seeing a Boeing 747 flying in the background of an 18th century costume drama - but what the hell, this story is so much exuberant fun that only a purist would make note of this...

Jessica Belmont
5.0 out of 5 stars Amazing!!
Reviewed in the United States on June 18, 2020
I love Jay Raven‘s writing. I read the first book in this series, Crimson Siege, and I’ve also read his other work. I was really eager to read Daylight’s Deadly Kiss, because Jay Raven knows how to write faced-paced, supernatural horror/thriller novels with a historical twist.

I think you can read this as a standalone, but why deprive yourself. The characters grow a bit more in this novel and it’s fun to have the back knowledge of the first novel.

I love that this novel isn’t overly gory and yet packs a punch. That is my style of paranormal type novels. I’d rather an author not resort to gory scare tactics, and Jay Raven is fantastic at keeping his readers on the edge of their seat.

I definitely recommend giving Daylight’s Deadly Kiss a read. I flew through it and am really looking forward to the next.

*I received a free copy of this book from Rachel’s Random Resources in exchange for an honest review on the blog tour. All opinions are my own and unbiased.*
Read more
Helpful
Report abuse

Al Drake
5.0 out of 5 stars Lovers of vampire thrillers will really get their teeth into this one!
Reviewed in the United States on May 9, 2020
This second book in the Blood Riders series doesn't disappoint. It's just as gripping as Crimson Siege, maybe even better. There are thrills and chills galore in this compelling page turner, complete with multiple plot twists and high octane action sequences. We find out more shocking secrets from our hero Anton's murky past, as he struggles to serve the Vatican without being ripped apart by hideous hordes of ravenous blood suckers. Don't read it alone on a dark night! Highly recommended blood-soaked romp from the master of fantasy horror Jay Raven.
Read more
One person found this helpful
Helpful
Report abuse
See all reviews

ValerieUK
5.0 out of 5 stars A fun fang-filled adventure
Reviewed in the United Kingdom on April 9, 2020
Verified Purchase
I’m still not sure whether to describe Daylight’s Deadly Kiss as a Gothic vampire romp or an adrenalin-packed action thriller. It has elements of both, all mashed up in an entertaining mix of twists, betrayals, bad guys, violence and intrigue. Either way, it’s a fun fang-filled adventure.

I loved that the book delivered its fast-paced plot in short, punchy, cliffhanger-rich chapters and was very atmospheric, helped by its eerie 19th century European setting.

Freelance vampire slayer Anton Yoska and his bizarre team of a knife-wielding dwarf, renegade Vatican emissary and bloodsucker-attacking brown bear are despatched on a secret mission to procure secret weapon Daylight’s Kiss, a fabled compound that destroys vampires on contact. But they aren’t the only ones determined to grab the priceless chemical and Anton’s crew soon find themselves tangling with gangsters, rival hunters and vengeance-hungry vampire warriors.

There’s plenty of blood in this Jay Raven tale, but thankfully not too much gore, and enough dark humour and shocks to entertain to the last page. The book is the second in the Blood Riders series, but there’s enough explanation about previous events to allow it to work as a stand-alone.

If you like your horror on the safe side, this is one to catch.
Read more
2 people found this helpful
Report abuse

Amazon Customer
5.0 out of 5 stars It's a page turner!
Reviewed in the United Kingdom on April 15, 2020
Verified Purchase
The famous Anton Yoska, scourge of the Nosferatu Nation is back with a cast of unforgettable characters!
Samurai warriors, vampires and humans fight in an epic encounter to gain control of Daylight's Kiss, the fabled potion.
A real page-turner with action and excitement, twists and turns in a breathless race for the prize.
It is a stand-alone novel and the way the back story is explained is both entertaining and clever. However, to enjoy the series fully I'd read Crimson Seige first. I can see this as a fabulous series on Netflix!
Read more
2 people found this helpful
Report abuse

Jean Hill
5.0 out of 5 stars An action packed, surprising and scary adventure.
Reviewed in the United Kingdom on May 6, 2020
Verified Purchase
What a clever plot. Great twists and turns with such good characters and descriptions that you feel you're watching a well-paced action film with dark corners, sharp shocks and dastardly betrayals. A touch of grim humour helps things along however, making it chillingly entertaining. Can't wait for the next one !
Read more
2 people found this helpful
Report abuse
See all reviews
Back to top
Get to Know Us
Make Money with Us
Amazon Payment Products
Let Us Help You
EnglishChoose a language for shopping. United StatesChoose a country/region for shopping.
© 1996-2021, Amazon.com, Inc. or its affiliates