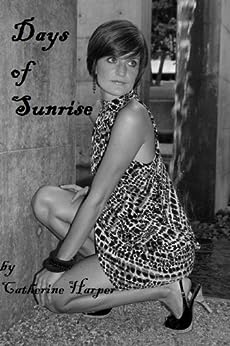 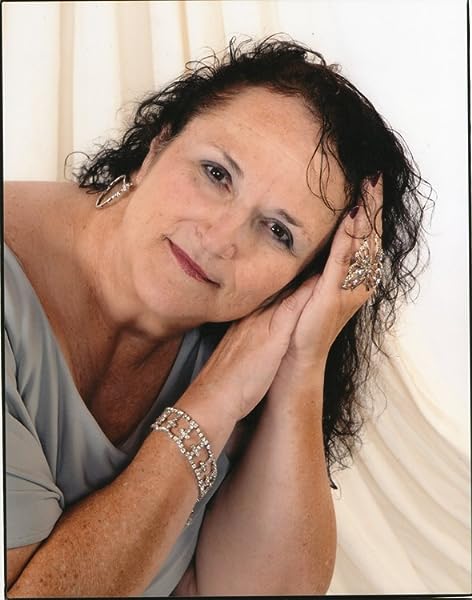 by Catherine Harper (Author) Format: Kindle Edition
See all formats and editions
Sorry, there was a problem loading this page. Try again.
Annabelle and Amber are red-headed mirror twins. Amber is wild and rambunctious, free wheeling through life. Anna has been diagnosed as Autistic/selective mutism. Amber gets caught up in an unexpected murder attempt and must use all of her skills to save herself, her sister, and her best friend. The ride gets wild when Amber is first kidnapped, then forced to go undercover in a "home" where nothing is as it seems. She no sooner escapes, then she ends up in Paris, held captive by a deadly fugitive from American justice. Along the way, she will make you laugh and cry, scream and flip the pages as fast as possible.
Read more
Previous page
Next page

I spent a lot of time laughing as I wrote this book. If you don't like to laugh, pass on this one. If, however, you love to laugh and LOVE it when the bad guys lose, then you'll love this.

Catherine (Cathy/Kat/Cat/Kati) is from Central Texas, but in the past two years, she's lived in Northern California and Georgia. She is a retired school teacher, and loves to make up stories. She got the story-telling gene from her dad, who was famous (infamous) for his tall tales.

She wrote her first book when she was 12. She told her first story when she was about 5, but got paddled for it, so had to wait a while before she told another!

Queen of the Faeries began as a nighttime story to her daughter, who preferred her made-up stories to the books she owned. She still prefers the stories her mom tells.

The Twins of Days series began as a dream she had one night, and enjoyed the dream so much that she decided to extend it. Book Two, Days of Victory is now available in paperback and kindle! If you like honest laughter, you'll love the series!

samjoslev3
4.0 out of 5 stars DAYS OF SUNRISE
Reviewed in the United States 🇺🇸 on July 7, 2013
Verified Purchase
A STORY WITH MORE THAN ONE PLOT. A STORY A BOUT the connection between twins sisters and their love and devotion for one another.
Read more
2 people found this helpful
Helpful
Report abuse

Judith Bowers
5.0 out of 5 stars Double the fun reading.
Reviewed in the United States 🇺🇸 on April 29, 2016
Verified Purchase
Very clever story. Not your run of the mill mystery but twists that were completely unexpected. Couldn't put it down.
Read more
Helpful
Report abuse

Nefret
5.0 out of 5 stars Being a non-twin I found the story intriguing.
Reviewed in the United States 🇺🇸 on November 25, 2013
Verified Purchase
Very interesting book about mirror image twins.
Story is true to the beliefs I have about twins and the things they can get into intentionally or not so intentionally.
Read more
2 people found this helpful
Helpful
Report abuse

Msmellie78
5.0 out of 5 stars A must read!
Reviewed in the United States 🇺🇸 on July 6, 2013
Verified Purchase
This author has a fascinating way of putting you in the characters shoes! You can wait to see what happens next!!!
Read more
2 people found this helpful
Helpful
Report abuse

LisaMarieZ
5.0 out of 5 stars Great Read. Thanks!
Reviewed in the United States 🇺🇸 on July 3, 2013
This was a great read. I found myself wanting to turn page after page. I'm so bad at that! I can't sleep because I want to see what's going to happen next. Anyways, I recommend this to anyone looking for the next page turner in their life.
Read more
2 people found this helpful
Helpful
Report abuse

Leann
5.0 out of 5 stars A Great who-done-it
Reviewed in the United States 🇺🇸 on July 6, 2013
A great story that of a real place, in a real time, with characters with real problems. The reader finds themselves being pulled into this story. You will find yourself laughing, crying, and routing for the good guys.It is a wonderful read.
Read more
2 people found this helpful
Helpful
Report abuse

Kindle Customer Veda Beyer
5.0 out of 5 stars Days of Sunrise (Days of Twins)
Reviewed in the United States 🇺🇸 on July 3, 2013
I really enjoyed this book. It is an easy read. It has a good story line. Makes you feel as if you really know the twins and are right there with them.
Read more
2 people found this helpful
Helpful
Report abuse
See all reviews

Don T
5.0 out of 5 stars I really enjoyed this book
Reviewed in the United Kingdom 🇬🇧 on January 10, 2014
Verified Purchase
Give me more like this. Full of surprises. It made me think and it made me laugh. I cannot recommend this enough. It was brilliant.
Read more
Report abuse
See all reviews
Report an issue
Does this item contain inappropriate content?
Report
Do you believe that this item violates a copyright?
Report
Does this item contain quality or formatting issues?
Report