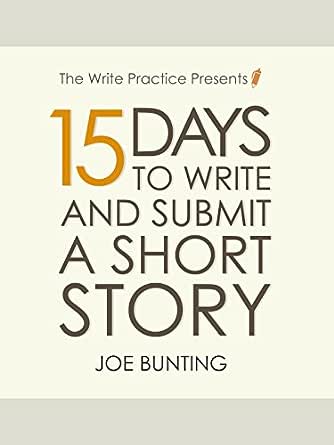 You've subscribed to Let's Write a Short Story! We will preorder your items within 24 hours of when they become available. When new books are released, we'll charge your default payment method for the lowest price available during the pre-order period.
Update your device or payment method, cancel individual pre-orders or your subscription at
Your Memberships & Subscriptions
There was an error. We were unable to process your subscription due to an error. Please refresh and try again. 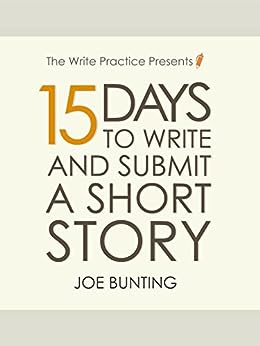 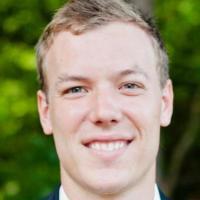 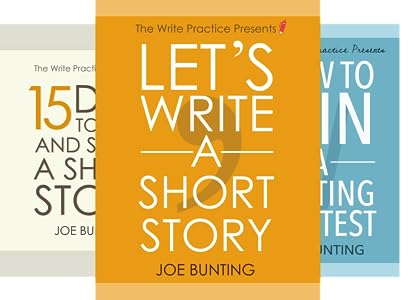 3.4 out of 5 stars
3.4 out of 5
24 customer ratings
How does Amazon calculate star ratings?
Amazon calculates a product’s star ratings based on a machine learned model instead of a raw data average. The model takes into account factors including the age of a rating, whether the ratings are from verified purchasers, and factors that establish reviewer trustworthiness.
Top Reviews

Chaz
5.0 out of 5 stars Quick and Easy Read
Reviewed in the United States on May 2, 2020
Verified Purchase
A lot was covered in a short period of time. Enough to get you motivated to write a story. Write on!
Read more
Helpful
Comment Report abuse

Amazon Customer
2.0 out of 5 stars Fluffy
Reviewed in the United States on September 28, 2016
Verified Purchase
I made the mistake of purchasing this. I didn't realize it was a workbook. As a stand-alone book it was useless. However, the tip to read your writing out loud was new to me. I guess if you get one good tip from a book, it's worth it. But I was hoping for more.
Read more
6 people found this helpful
Helpful
Comment Report abuse

Fred Wedel
4.0 out of 5 stars Worthwhile course on writing and publishing a short story
Reviewed in the United States on June 4, 2016
This is a course that forces you to write a short story. Its entire objective is to lead you through the steps necessary to write and publish. It does so successfully and clearly. You may think that some of the exercises are a little bit ridiculous but they are there for a reason, to encourage you to think outside the box.
Starting this course was like learning to ice skate. First I felt uncomfortable because I was in uncharted territory, doing things I would not normally do and trying to become accustomed to them. I kept trying to hang on to my comfort zone, just as I would hang onto the boards at an ice rink. Exercises and activities were included to encourage the writer to do things he would not normally do as a means to understand the essence of creativity and encourage it. The author believes that reading other writers is important, just like neophyte skaters carefully watch more accomplished ones to learn technique.
The more I dove into it, the more comfortable I began to feel, primarily because actions that were neither familiar nor comfortable became less ominous. I began to move out of my comfort zone. The objective of all the exercises was to lead you on a journey through uncharted territory, primarily to show you that there was actually a logical path through it. Second, it demonstrated that the path can often be tortuous. I encountered many decision points and understood that it was okay to pick the wrong way because errors in choice could be corrected later. It was more important to try than to succeed immediately.
There are plenty of tricks of the trade to editing. A number of them are discussed and there is some very good advice. My entire life was spent as a petroleum engineer writing very precise technical documents. Prose is much more challenging. I think the best advice in this course is to read your work out loud. If it does not sound right or flow properly when it is read aloud, I have found from experience that I need to rewrite it. The second thing I have always done is also strongly encouraged; that is, have other people read your work and critique it. As Mr. Bunting notes, this can be a minefield. He describes some of the ways the deal positively with criticism and how to separate worthwhile criticism from the rest. That is another really valuable piece of advice. There is more.
I found the writing part of the course more valuable than the submission part, however, for aspiring or previously unpublished writers the end of the course will prove very valuable.
This course was quite worthwhile, although it was more time-consuming than I had anticipated. Clearly quality takes a little longer. It is aimed at those who have not previously submitted stories for publication. Upon conclusion, a writer should have the knowledge he or she needs to publish.
Read more
14 people found this helpful
Helpful
Comment Report abuse

lvega
3.0 out of 5 stars Not enough content.
Reviewed in the United States on May 29, 2016
I received this book free in exchange for an honest review. Over the last few days, I have heard a lot about Mr. Bunting and his work. The gentleman comes highly recommended for his writing wisdom. Although 15 Days to Write and Submit a Short Story: Workbook advises the reader to work through a chapter at a time (or one hour a day), I read it in one sitting to get the gist of the program. Overall, there is nothing disagreeable about the book; there are useful tips and writing prompts included. However, the book left me wanting more. Granted, 15 Days is an accompaniment to the Let’s Write a Short Story, and is not a solo act; even so, I felt like the content would have been more valuable at the end of the chapters in the regular book. Somehow, I don’t believe there is enough subject matter in the workbook to warrant a second book.
Read more
9 people found this helpful
Helpful
Comment Report abuse

Sprocket
2.0 out of 5 stars No substance, just bunting
Reviewed in the United States on May 28, 2016
Wasn't sure if I was reading the book or the introduction to it. This is a fluffy, empty little tome and it contains nothing of value to a writer. But if you decide to buy it will only take twenty mutes to half an hour of your time, so not a big cost in money or time. Take out the comments by other writers and you reduce the content by twenty percent or thereabouts. You'll find deeply significant advice for writers such as, you will need a pen and paper. There are equally illuminating exhortative observations such as, "Add specificity and depth to a scene." My advice would be that if you think this will help you write a short story then get an envelope and scribble something on the back of it then publish it on Kindle - it will be more interesting and of more value than this. I received a free copy from Story Cartel in return for an honest appraisal. This is an honest appraisal.
Read more
11 people found this helpful
Helpful
Comment Report abuse

Nancy N. Wilson
5.0 out of 5 stars Inspiring!
Reviewed in the United States on June 17, 2016
I received an advance copy to review the book, and I love it. Happy to have it in my library. Many people want to write, but have no idea of how to start. This little workbook could be the answer. It is a clear, concise guide for new writers who want to write short stories.

There are golden nuggets that would be useful to writers of any genre. Two that have stayed with me are his idea of a "makeshift critique group" and " . . .you will write more words than you use in the final draft of you story. You might even write twice as many. This is normal and necessary. Only half of your job is to write. The other half is to pick the best words out of the ones you've already written."

I write non-fiction books and have always avoided writing fiction, because "I didn't know how to start." Now, it doesn't seem quite so intimidating. Mr. Bunting's book has inspired me to give it a try.

Pamela McLeod
1.0 out of 5 stars Don't bother
Reviewed in Australia on October 1, 2016
Verified Purchase
If only I could give minus stars. Waste of time and money, poorly written, incredibly basic advice that you can find on the Internet for free. Doesn't follow the fifteen-day structure promised in the title. Don't even bother.
Read more
One person found this helpful
Helpful
Sending feedback...
Thank you for your feedback.
Sorry, we failed to record your vote. Please try again
Report abuse