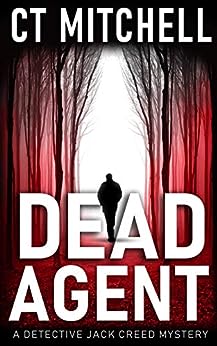 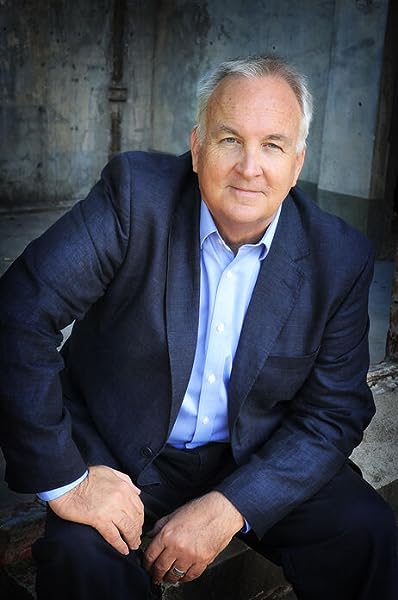 A Mind Numbing Act Of Revenge That'll Was Nearly The Perfect Crime. They Didn't Count On Jack Creed

During Daniel Rosenthal’s bar mitzvah, his father Samuel gets killed. Before Detectives Jack Creed and Jo Boston-Wright can put their hands on the killer, Daniel and his sister Ruth are kidnapped from their home.

A sinister, evil, sick group of business men in the town are living double lives

They thought their ring was impenetrable until Sam Rosenthal knew too much. He had to go!

With police swooping on the Rosenthal estate, their secret was about to be exposed.

Detective Jack Creed was no on the case and he will stop at nothing to bring the perpetrator/s to justice.

C T Mitchell is an Amazon bestselling author of mystery short reads and novels with a thriller edge. He is multiple 5 star recipient in the 2017 Readers Choice Awards for his novel Murder Secret (formerly published as Breaking Point).

Street educated, Australian-born C T Mitchell has traveled the world in his business dealings as a real estate negotiator encountering many interesting characters; some outright crooks. He brings these experiences as well as a love for mystery thrillers to his writing.

His fast-paced Detective Jack Creek Mysteries weave together traditional police procedural practice, global locations, and a hint of thrillers. Described by readers as “Rebus in a Valentino suit" Jack Creed is the ‘hard copper’ you want on your case.

Lady Margaret Turnbull, the 50 something, widow, is the bane of Detective Tom Sullivan’s life, but usually solves his cases. He’s secretly appreciative.

Murder at the Fete #1

Murder in the Village #2

Murder in the Cemetery #3

Murder in the Valley #4

Murder at the Manor #5

C T Mitchell splits his time in both Brisbane and Cabarita Beach - a sleepy seaside village in northern NSW, Australia - the home of his award winning books. To grab two free mystery bestsellers, please visit www.CTMitchellBooks.com , or follow him on Facebook or Twitter.

Avid Reader
2.0 out of 5 stars Disappointed 😒
Reviewed in the United States on December 5, 2020
Verified Purchase
I picked up this book based on the blurb and thought it would be a good, quick read. As it turned out, it was pretty milquetoast and I could not keep interested past the first half despite its brevity (though I did push through and finish it).

Not my idea of a good read.

Susan Jagannath, Author of Travel and Adventure books: The Valley of Flowers, Chasing Himalayan Dreams; The Camino Ingles
5.0 out of 5 stars Another nail-biting thriller
Reviewed in the United States on April 28, 2020
Verified Purchase
If you like Lee Child or James Patterson, you will love the books by CT MItchell, especially because they are so short and punchy that you can read them in your lunch break, and get back to work, a little wild-eyed and breathless.
Read more
Helpful
Report abuse

Ghost Reader
5.0 out of 5 stars What A Thriller!
Reviewed in the United States on May 4, 2020
Verified Purchase
I chose this rating because the story is well written without a lot of fluff. It got to the point and told the story with just enough detail. Every parent of small children should read this book.
Read more
Helpful
Report abuse

Kindle Customer
5.0 out of 5 stars Outstanding!
Reviewed in the United States on December 20, 2020
Verified Purchase
Another murder mystery with a crazy twist to it, and a keen intuition on the part of a young woman.
Read more
Helpful
Report abuse

Carolann
5.0 out of 5 stars Murder at the Bar Mitzvah
Reviewed in the United States on February 24, 2020
A large crowd is gathered for Daniels Bar Mitzvah. A body is discovered in the upstairs bathroom. It's Daniels father. No spoiler here. Go get the book.
Read more
Helpful
Report abuse
See all reviews