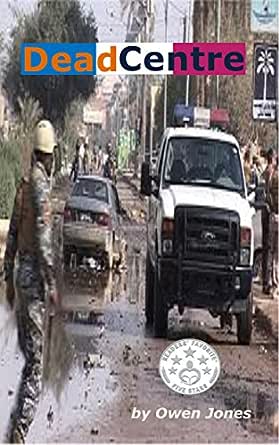 You've subscribed to Dead Centre! We will preorder your items within 24 hours of when they become available. When new books are released, we'll charge your default payment method for the lowest price available during the pre-order period.
Update your device or payment method, cancel individual pre-orders or your subscription at
Your Memberships & Subscriptions
There was an error. We were unable to process your subscription due to an error. Please refresh and try again. 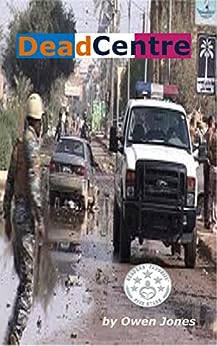 Dead Centre: Not All Suicide Bombers Are Religious! Kindle Edition 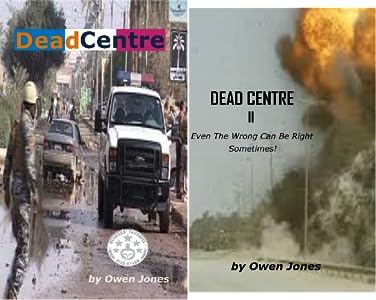 Dead Centre
Western Telegraph, St Davids
Author hoping book sales go with a bang 3:59pm Friday 2nd May 2014 in Local News
"Dead Centre": author Owen Jones ST DAVIDS and suicide bombers - these are not two things that you would usually associate with each other, but that is indeed that case in a new book.
Welsh author Owen Jones has recently published 'Dead Centre,' a thriller about two former Welsh SAS soldiers who are running an agency for suicide bombers on a farm just outside of St Davids.

Dead Centre - Not All Suicide Bombers are Religious by Owen Jones was a great read. A well written thriller that starts off on top gear and stays there all the way through. The scary thing is this sort of event could happen - could be happening now for all we know - and the subject is likely to get one or two backs up. However, subject aside, Mr. Jones has written a superb story, with great characters, that spans 9 different countries and dozens more cities. Excellent book, I will definitely be looking out for more from the same author.

Barry and District News 8th May 2014  A THRILLER that takes place across the globe features not only a lead character from the author's native Barry, but also scenes that take place in the town.
Dead Centre, a political thriller about a terrorist agency being run from a farm in Wales, takes in Rhoose airport and even Barry's Master Mariner pub alongside exotic locations such as Baghdad and Thailand.
Owen describes Dead Centre, as "an exciting story that will have you on the edge of your seat and make you think again about many aspects of criminality that you have taken for granted."

"Is it a Religious Zealot or a Ruthless Businessman? Fast moving and extremely thought provoking!

This group is not totally heartless--just ruthless!! Do they get caught in the end--or do they get away with the entire scheme?" mikishope.com --This text refers to the paperback edition.

Dad Centre is set in many countries and cities, but Dead Centre II is set in London and Thailand (Koh Samui and Yala) almost exclusively. --This text refers to the paperback edition.

When a bomb goes off in Scheherazade's, a posh department store in Baghdad, leaving nearly 200 people dead or wounded, the authorities and the police think that it is just another routine case of it's type and appoint Captain Ali Allawi of the National Police to head the investigation.

He has no clues to go on and no organisation claims responsibility, but one sharp-eyed member of his team notices something on the CCTV surveillance footage that is unusual - baffling even. Then they notice other discrepancies that lead Captain Allawi to suspect that they are facing a new, unimaginable type of threat. However, none of these clues make sense.

He seeks help from Interpol, but they do not seem to have any other cases with data matching his, so he puts up a flag on the Interpol computer that he wants to be informed of any bombings with criteria matching those of his.

Soon, five more cases are reported around the world and six police forces join to hunt for those responsible for the atrocities. The story takes place in Baghdad, Iraq; Marseille, France; Essen, Germany; Belfast, Ireland; New York, USA; London, England; Los Boliches, Spain; St. David's, Barry and Cardiff, Wales and many other towns and cities around the world, including in South Africa and Thailand. --This text refers to the paperback edition.

Author Owen Jones, from Barry, South Wales, came to writing novels relatively recently, although he has been writing all his adult life. He has lived and worked in several countries and travelled in many, many more.
He speaks, or has spoken, seven languages fluently and is currently learning Thai, since he lives in Thailand with his Thai wife of ten years.
"It has never taken me long to learn a language," he says, "but Thai bears no relationship to any other language I have ever studied before."
When asked about his style of writing, he said, "I'm a Celt, and we are Romantic. I believe in reincarnation and lots more besides in that vein. Those beliefs, like 'Do unto another...', and 'What goes round comes around', Fate and Karma are central to my life, so they are reflected in my work'.
His first novel, 'Daddy's Hobby' from the series 'Behind The Smile: The Story of Lek, a Bar Girl in Pattaya' has been followed by four sequels, but his largest collection is 'The Megan Series', eighteen novellas on the psychic development of a young teenage girl, the subtitle of which, 'A Spirit Guide, A Ghost Tiger and One Scary Mother!' sums them up nicely.
As Owen puts it:
'Born in the Land of Song, living in the Land of Smiles'. --This text refers to the paperback edition.

I enjoyed writing this my first thriller and thoroughly enjoyed placing the main characters, however you want t think of them, in South Wales where I was born. --This text refers to the paperback edition.
Read more