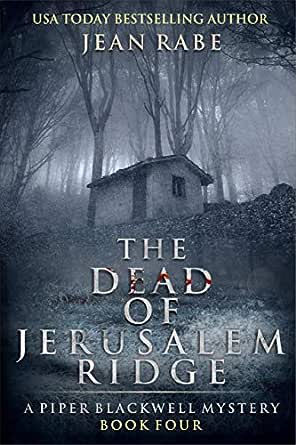 You've subscribed to Piper Blackwell Mystery! We will preorder your items within 24 hours of when they become available. When new books are released, we'll charge your default payment method for the lowest price available during the pre-order period.
Update your device or payment method, cancel individual pre-orders or your subscription at
Your Memberships & Subscriptions
There was an error. We were unable to process your subscription due to an error. Please refresh and try again. 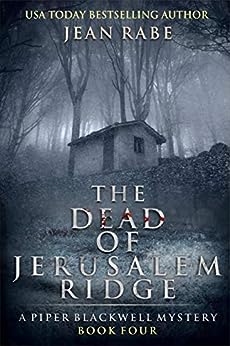 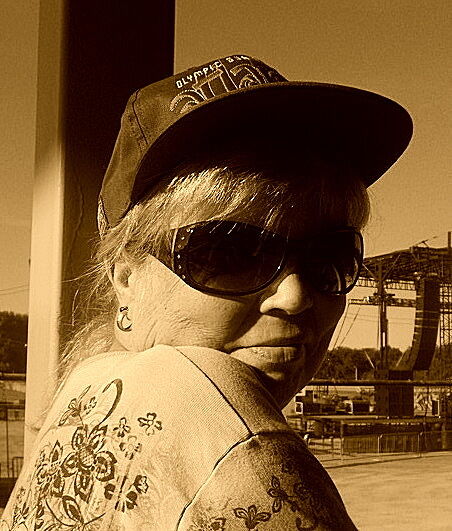 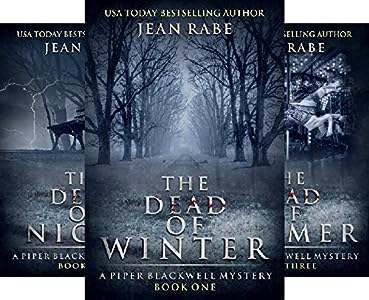 "Piper Blackwell is a smart and capable small-town sheriff, a thoroughly modern woman who leads a colorful cast of characters in this entertaining read. Well-crafted and suspenseful, THE DEAD OF JERUSALEM RIDGE adroitly threads the needle between Cozy, Procedural, and Action-Thriller. Jean Rabe's fans⸺both old and new⸺won't want to miss this one.⸺ Baron R. Birtcher, multi-award winner, and LA Times Bestselling author

4.8 out of 5 stars
4.8 out of 5
41 global ratings
How are ratings calculated?
To calculate the overall star rating and percentage breakdown by star, we don’t use a simple average. Instead, our system considers things like how recent a review is and if the reviewer bought the item on Amazon. It also analyzes reviews to verify trustworthiness.
Top reviews

Timothy Cahoon
5.0 out of 5 stars A True Summer Treat
Reviewed in the United States on July 9, 2020
Verified Purchase
When you like a book series its always easy to say the newest one is the best. This is an exception because IT IS THE BEST yet of the Piper Blackwell series. The story lines are complex and rich with detail. Our favorite characters share more of their lives with us and touch our hearts. The crimes are filled with surprises and they left me guessing to the end. Finally the descriptions of Nang's food makes me hungry and I have never had Vietnamese food. This book will draw you in and make you want to read it in one setting. It is that good. Makes you want to live in Spencer County.
Read more
3 people found this helpful
Helpful
Report abuse

Michael A. Black
5.0 out of 5 stars Eight Days a Week
Reviewed in the United States on September 15, 2020
Verified Purchase
This one will grab you on the first page and you won’t want to stop reading until you’ve finished it, but my advice would be to slow down and enjoy the twists and turns that come with this excellent police procedural/mystery. Jean Rabe’s latest Piper Blackwell novel spans a real intense and active eight-day period that runs the gambit of friendship, obligation, duty, and a mystery from the past that reasserts itself into the present. The intrepid Sheriff Blackwell gets a bit banged up in this one, but for those of you who know Piper also know the lady doesn’t let anything slow her down. Jean Rabe’s peerless ability to spin a good yarn while interspersing her customary great descriptions and characterization make the Piper Blackwell series a real winner. If you haven’t gotten to know the characters of the Spencer County Sheriff’s Department and the other regulars yet, do yourself a favor and pick up The Dead of Jerusalem Ridge. Although the books have an overall continuing overall story arc, you can actually begin with any one of them. Each is a story unto itself, and once you read one, you’ll want to immediately get started on the other ones. You can’t miss with this series or with author Jean Rabe.
Read more
One person found this helpful
Helpful
Report abuse

Margaret Cutter
5.0 out of 5 stars Another winner from Jean Rabe
Reviewed in the United States on July 22, 2020
Verified Purchase
The Dead of Jerusalem Ridge is the fourth installment in award-winning author Jean Rabe’s fantastic Piper Blackwell series, and it hits its mark squarely.

The series follows the efforts of the young and inexperienced, but very capable, rural sheriff, Piper Blackwell, and her impressive team as they go about solving gruesome crimes. The action, which rarely slows for the reader to catch a breath, is at times heart-stopping and jaw-dropping.

The series is populated by rich, multi-dimensional, and sometimes quirky characters so well written that the reader will feel as if they could strike up a conversation with them. Readers will never suffer a two-dimensional, cardboard cutout character in one of Rabe’s books, and it is her inclusion of details from both the professional and personal lives of her characters that makes them feel so real. Rabe’s meticulous eye for detail, and her use of language that sings, brings the rural settings to life as well.

As The Dead of Jerusalem Ridge opens, main character Piper is taking a few days off to enjoy the company of some old army buddies and engage in the extreme sport of paintball in the eponymous Jerusalem Ridge, Kentucky. As often happens in Piper’s life, things go wrong . . . horribly wrong. The young sheriff finds herself in the middle of a mystery while dealing with serious injury and tragic personal loss.

Upon her return to the rural Indiana county where she lives and works, Piper finds her department investigating a hate crime which is dividing the usually close-knit community . . . a hate crime that takes a deadly turn. Piper immerses herself in both investigations while trying to recover from her injuries and deal with events in her personal life.

The pacing of the story, with its various twists and turns along the way, will keep the reader on the edge of their seat. The details of the crimes will draw the reader into trying to solve the mysteries of whodunit and why. The Dead of Jerusalem Ridge, like all Jean Rabe’s Piper Blackwell books, is a wonderful weave of cozy mystery, police procedural, and suspense. And the ending delivers a delightful surprise.

I can’t wait for the next book in this series.
Read more
One person found this helpful
Helpful
Report abuse

Amanda Green
5.0 out of 5 stars Excellent Addition to a Must-Read Series
Reviewed in the United States on August 5, 2020
Verified Purchase
What can I say? The Piper Blackwell series is one of my "must buy as soon as a new title comes out". Ms. Rabe hooked me with the first book in the series, presenting lead characters who are human and relatable. Piper is not only young and capable, she is vulnerable and fallible. In other words, while she can be kick-ass when necessary, she also doubts herself and what she's doing from time to time. That makes her more relatable than so many othe characters today.

This book presents Piper with her greatest challenge since the series' start: survivor's guilt. Why is she alive when her friends aren't? Add in the death of a local troublemaker that might or might not be suicide as well as a growing romance tha scares her a little and she has her hands full.

If you are looking for a book or a series where you have good mystery, solid characters and really good character growth and development, try this series out. As another reviewer said, each book is "the best" until the next book comes out. The Dead of Jerusalem Ridge deserves six-stars, but Amazon limits me to five.
Read more
One person found this helpful
Helpful
Report abuse
See all reviews