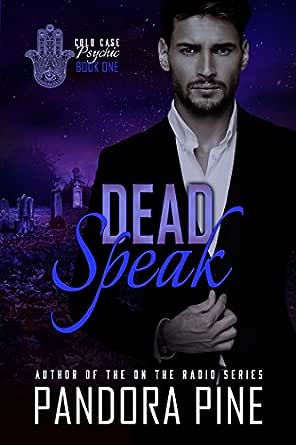 You've subscribed to Cold Case Psychic! We will preorder your items within 24 hours of when they become available. When new books are released, we'll charge your default payment method for the lowest price available during the pre-order period.
Update your device or payment method, cancel individual pre-orders or your subscription at
Your Memberships & Subscriptions
There was an error. We were unable to process your subscription due to an error. Please refresh and try again. 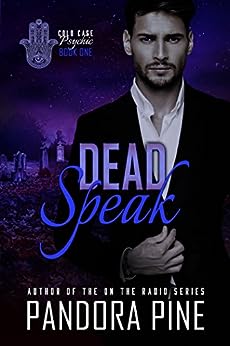 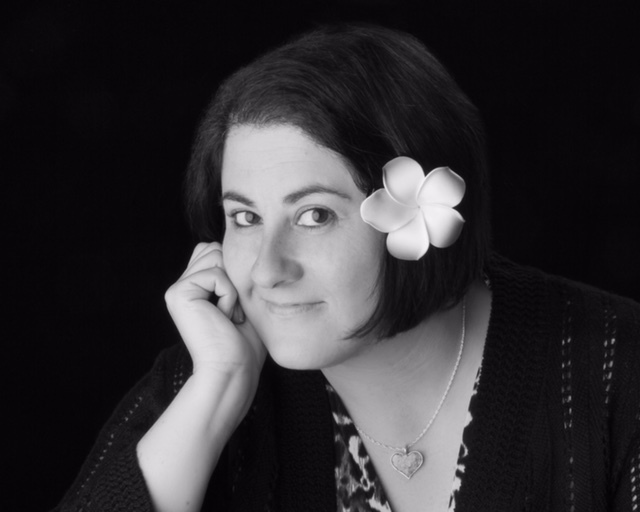 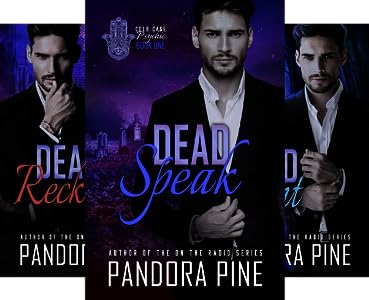 4.2 out of 5 stars
4.2 out of 5
163 global ratings
How are ratings calculated?
To calculate the overall star rating and percentage breakdown by star, we don’t use a simple average. Instead, our system considers things like how recent a review is and if the reviewer bought the item on Amazon. It also analyzes reviews to verify trustworthiness.
Top reviews

Cadfael
1.0 out of 5 stars A disappointment
Reviewed in the United States on April 3, 2018
Verified Purchase
I really, really wanted to like this book. A gay police officer and psychic who team up to solve crimes and fall in love. It was right up my alley. I'm gay and love mysteries. Boy was I wrong.
*SPOILER ALERT*
First of all, the dialogue, I don't know any men, gay or straight, who talk to each other the way these main characters do. And after only one kiss, they are now talking all lovey-dovey to each other with pet names. And what is with all the eye-rolling, chuffing, and eyebrow waggling? Again, no men I know go around waggling their eyebrows at each other, regardless of their sexual orientation.
And the plot holes! After the psychic interviews the spirit of the murder victim, who gives them the mysterious one word clue, the policeman goes into a two hour temper tantrum. Um...why? And why does the Boston police department allow married and/or divorced detectives to work in the same office with each other? The two main characters talk about their intimate sex lives in their car, knowing that the conversation is being recorded for their reality show.And of course we know who the murderer is as soon as the psychic meets him, because he gives off such evil vibes, and acts like a total jerk in his workplace, (why does he still have a job?). The main characters are being shadowed by an entire television crew who is filming them for a reality show. Except the entire crew mysteriously disappears just in time for the climactic kidnapping scene (in the middle of a POLICE STATION!) with no explanation. I would have thought that the author of a M/M romance would be sympathetic to the gay community, and yet she perpetuates the stereotype of gay men as pedophiles. I know the author is a woman, but her portrayal of gay men is just not believable to me. Maybe do some homework and spend more time in the gay community? Maybe it was my mistake thinking that as a gay man I was the target demographic for this book. Perhaps it is written solely for straight women.

Paige Sauvetterre
4.0 out of 5 stars Great start to new M/M series
Reviewed in the United States on March 19, 2018
Verified Purchase
I enjoyed this book and have now purchased the other two in the series (and the one on pre-order). I'm curious to follow the two M/Cs to see where their relationship will lead and to see if the psych will grow (along with his best friends). This book definately reminded me of the Tyack and Frayne series (without the mysticism) and the Psycop series ... but it's more grounded (in other words, not quite the same) ... different enough to read all these series without overlap. The child rape was a bit troubling to me, especially when it's revealed who did it (I figured it out at 60% of the book ... took the M/Cs a bit longer): realistic just plain icky. But 'normal' spirits wouldn't really need to contact anyone ... no unresolved business. The insta-love issue (yes, this is M/M so don't read if you're not into it) isn't really one to me ... it seems to be a normal trope in such books. I did have an issue with one M/C not being aware of what was going on (not even suspicious) but then again, love does tend to be blind ... but in a detective?! <Shoulder shrug.>

Overall, great start to a new series ... Book 2, which I've started, refers back to an old 'haunting' of Tynneson's so it should be interesting. Glad the series sticks with the original M/Cs as I'm tired of books that get you involved with good characters and then, move on to others ... I like sticking with those I've become 'fond' of. Keep up the good work, Pandora!
Read more
3 people found this helpful
Helpful
Comment Report abuse

Kendra T
5.0 out of 5 stars Awesome story and amazing narration in audio
Reviewed in the United States on October 25, 2018
Verified Purchase
Ronan is a cop who was assigned to the cold case unit. Tennyson is a psychic. After seeing Tennyson solve a crime using his abilities, a frustrated Ronan goes to him for help solving his case of a missing boy. The book was very well written, and I found myself captivated by the MC's right from the beginning. They developed a great chemistry as work partners, and that carried over into their personal feelings for each other.

One thing I didn't love was the TV story line. I thought that it really didn't add much to the story, and had more loose ends with it. It felt like it was just an extra plot thrown in with no real meat. I hated Ronan's ex-husband, and couldn't really see what it was that he saw in him. The mystery was a bit complex, but I figured out who did it much earlier than Tennyson and Ronan.

I am glad there are many more books in this series, because I absolutely loved these guys, and I can't wait to read more about them. I listened to this as an audio book, and Michael Pauley was brilliant. He really brought Ronan and Tennyson to life for me.
Read more
One person found this helpful
Helpful
Comment Report abuse

L.D.
VINE VOICE
4.0 out of 5 stars Psychic and Cop
Reviewed in the United States on December 10, 2019
Verified Purchase
This was good start for a new series. We meet Ronan, a cop who needs to redeem himself, and Tennyson, a psychic who’s gain fame for finding a missing child. Their relationship starts off rocky but soon becomes steamy and intense. While navigating their new relationship, Ronan and Tennyson work together to solve the unsolved disappearance and murder of a five year old boy. This story has angst, suspense, and psychic powers. The law enforcement procedures and practices aren’t very accurate, but that is easy to ignore once I let myself enjoy the story. I think the best part of this book is the character development of Ronan and Tennyson and watching their relationship bloom.

Narration: I alternated between reading this book and listening to the wonderful Michael Pauley narrate the story. Michael Pauley did a fantastic job narrating, and really brought the characters to life.

Overall Rating: 3.85 Stars. This was close to a 4 Star read for me, but the pacing of the story felt a little off for me. However, I did enjoy the characters and overall had fun reading the book.
Read more
Helpful
Comment Report abuse
See all reviews

Julia Smith
5.0 out of 5 stars A fantastic read!
Reviewed in the United Kingdom on March 28, 2020
Verified Purchase
I wasn’t sure about this book as I hadn’t read anything written by this author but that doubt turned to positivity from the first page. This had a brilliant rapport between the cop & the psychic & although I worked out who the bad guy was early on this did not deter me from thoroughly enjoying this book. Now time to download book 2....
Read more
Report abuse

Rowan
5.0 out of 5 stars Hooked
Reviewed in the United Kingdom on March 1, 2018
Verified Purchase
This is a new author for me and one I’ll definitely be going back to. Throughly enjoyed this book and the characters were well rounded. Roman a detective and Tennyson the physic, what a combination and a good who dun-nit to boot. On to book two
Read more
Report abuse

Maria-Clare Lush
5.0 out of 5 stars A fab new series
Reviewed in the United Kingdom on November 6, 2019
Verified Purchase
What a fab book. I love all the characters and can't wait to see what happens to them in the next book.
Read more
Report abuse
See all reviews