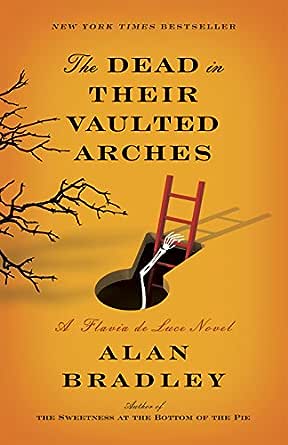 You've subscribed to Flavia de Luce! We will preorder your items within 24 hours of when they become available. When new books are released, we'll charge your default payment method for the lowest price available during the pre-order period.
Update your device or payment method, cancel individual pre-orders or your subscription at
Your Memberships & Subscriptions 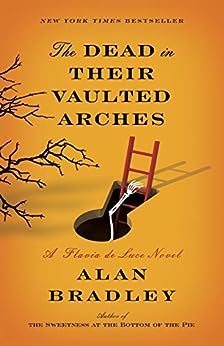 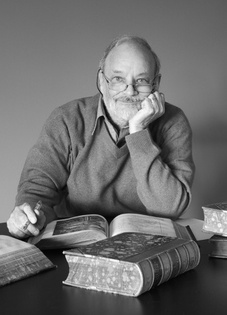 The Dead in Their Vaulted Arches: A Flavia de Luce Novel Kindle Edition 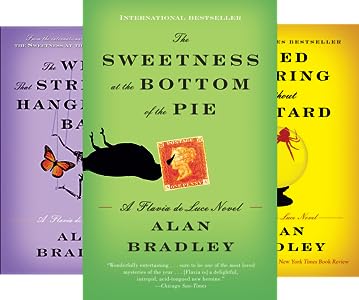 Praise for The Dead in Their Vaulted Arches

"Bradley's latest Flavia de Luce novel reaches a new level of perfection as it shows the emotional turmoil and growth of a girl who has always been older than her years and yet is still a child. The mystery is complex and very personal this time, reaching into the past Flavia never knew about. . . . These are astounding, magical books not to be missed."-RT Book Reviews(Top Pick)

"Excellent . . . Flavia retains her droll wit. . . . The solution to a murder is typically neat, and the conclusion sets up future books nicely."-Publishers Weekly (starred review)

"It's hard to resist either the genre's pre-eminent preteen sleuth or the hushed revelations about her family."-Kirkus Reviews

"Flavia . . . is as fetching as ever; her chatty musings and her combination of childish vulnerability and seemingly boundless self-confidence haven't changed a bit."-Booklist

"If ever there were a sleuth who's bold, brilliant, and, yes, adorable, it's Flavia de Luce."-USA Today

"Original, charming, devilishly creative."-Bookreporter, on I Am Half-Sick of Shadows

"Delightful and entertaining."-San Jose Mercury News, on Speaking from Among the Bones

To begin with, it was a perfect English morning: one of those dazzling days in early April when a new sun makes it seem suddenly like full-blown summer.

Sunshine broke through the fat white dumplings of the clouds, sending shadows chasing one another playfully across the green fields and up into the gently rolling hills. Somewhere in the woods on the other side of the railway line, a nightingale was singing.

“It’s like a colored plate from Wordsworth,” my sister Daphne said, almost to herself. “Far too picturesque.”

Ophelia, my oldest sister, was a still, pale, silent shadow, lost in her own thoughts.

At the appointed time, which happened to be ten o’clock, we were all of us gathered more or less together on the little railway platform at Buckshaw Halt. I think it was the first time in my life I had ever seen Daffy without a book in her hand.

Father, who stood a bit apart from us, kept glancing every few minutes at his wristwatch and looking along the track, eyes squinting, watching for smoke in the distance.

Directly behind him stood Dogger. How odd it was to see these two men—gentleman and servant—who had been through such ghastly times together, standing dressed in their Sunday best at an abandoned country railway station.

Although Buckshaw Halt had once been used to bring both goods and guests to the great house, and although the rails remained, the station proper, with its weathered bricks, had been boarded up for donkey’s years.

In the past few days, though, it had been hurriedly made ready for Harriet’s homecoming: swept out and tidied up, its broken windowpanes replaced, the tiny flower bed weeded and planted with a small riot of flowers.

Father had been asked to go up to London and ride with her back to Buckshaw, but he had insisted on being at the little station at Buckshaw Halt to meet the train. It was, after all, he had explained to the vicar, the place and manner in which he had first met her all those many years ago when both of them were young.

As we waited, I noticed that Father’s boots had been polished to a high-gloss perfection, from which I deduced that Dogger was currently in a much improved state. There were times when Dogger screamed and whimpered in the night, huddled in the corner of his tiny bedroom, visited by the ghosts of far-off prisons, tormented by the devils of the past. At all other times he was as competent as any human is capable of being, and I sent up thanks that this morning was one of them.

Never had we needed him more.

Here and there on the platform, small, tight knots of villagers, keeping a respectful distance, talked quietly to one another, preserving our privacy. More than a few of them stood huddled closely round Mrs. Mullet, our cook, and her husband, Alf, as if doing so made them, by some magic, part of the immediate household.

As ten o’clock approached, everyone, as if at an arranged signal, fell suddenly quiet, and an unearthly hush settled upon the countryside. It was as though a bell jar had been lowered upon the land and all the world was holding its breath. Even the nightingale in the woods had abruptly ceased its song.

The very air on the station platform was now electric, as it often becomes when a train is approaching but not yet in sight.

People shifted uneasily from foot to foot, and the faint wind of our collective breathing made a soft sigh on the gentle English air.

And then, finally, after what seemed like an eternal stillness, we saw in the distance the smoke from the engine.

The breath seemed sucked from my lungs as the gleaming engine panted into the station and squealed to a stop at the edge of the platform.

It was not a long train: not more than an engine and half a dozen carriages, and it sat resting for a few moments in the importance of its own swirling steam. There was an odd little lull.

Then a guard stepped down from the rear carriage and blew three sharp blasts on a whistle.

Doors opened, and the platform was suddenly swarming with men in uniform: military men with a dazzling array of full medals and clipped mustaches.

They formed up quickly into two columns and stood stiffly at attention.

A tall, tanned man I took to be their leader, his chest a wall of decorations and colored ribbons, marched smartly to where Father stood and brought his arm up in a sharp salute that left his hand vibrating like a tuning fork.

Although he seemed in a daze, Father managed a nod.

From the remaining carriages poured a horde of men in black suits and bowler hats carrying walking sticks and furled umbrellas. Among them were a handful of women in severe suits, hats, and gloves; a few, even, were in uniform. One of these, a fit but forbidding woman in RAF colors, looked such a Tartar and had so many stripes on her sleeve that she might have been an Air Vice-Marshal. This little station at Buckshaw Halt, I thought, in all of its long history, had never before been so packed with such an assortment of humanity.

To my surprise, one of the suited women turned out to be Father’s sister, Aunt Felicity. She hugged Feely, hugged Daffy, hugged me, and then without a word took up her station beside Father.

At an order, the two columns marched smartly towards the head of the train, as the large door in the luggage van slid open.

It was difficult, in the bright daylight, to make out anything in the dim depths of the van’s interior. All I could see at first was what seemed to be a dozen white gloves dancing suspended in the darkness.

And then gently, almost tenderly, a wooden box was handed out to the double column of waiting men, who shouldered it and stood motionless for a moment, like wooden soldiers staring straight ahead into the sunshine.

I couldn’t take my eyes off the thing.

It was a coffin which, once clear of the shadows of the luggage van, gleamed cruelly in the harsh sunlight.

In it was Harriet. Harriet.

My mother. --This text refers to an out of print or unavailable edition of this title.

ALAN BRADLEY was born in Toronto and grew up in Cobourg, Ontario. He co-authored Ms. Holmes of Baker Street, to great acclaim and much controversy, followed by a poignant memoir, The Shoebox Bible. Now the internationally bestselling author of The Sweetness at the Bottom of the Pie, The Weed That Strings the Hangman's Bag, A Red Herring Without Mustard, I Am Half-Sick of Shadows, and Speaking from Among the Bones. Bradley lives with his wife and two calculating cats, and is at work on future Flavia de Luce mysteries. --This text refers to an out of print or unavailable edition of this title.

The irrepressible, nearly 12-year-old Flavia de Luce, amateur detective, faces a particularly personal crisis in this, her sixth outing. Her mother, lost in the Himalayas when Flavia was a baby, is coming home in a coffin, escorted by none other than former British prime minister Winston Churchill. If that isn’t odd enough, the great man, before leaving, approaches Flavia and asks her if she has “acquired a taste for pheasant sandwiches.” Shortly thereafter, she is approached by another man with an equally cryptic message, after which he is crushed beneath a train. Despite her curiosity, Flavia must temporarily push such strange occurrences aside to evaluate her feelings about her mother and the ongoing difficulties she is having with her odious sisters and distant father. If the somewhat tangled plot requires a bit of patience to negotiate, be assured that Flavia (who leaves “the fingerprints of her brilliant mind” on nearly everything) is as fetching as ever; her chatty musings and her combination of childish vulnerability and seemingly boundless self-confidence hasn’t changed a bit. --Stephanie Zvirin --This text refers to an alternate kindle_edition edition.
Read more