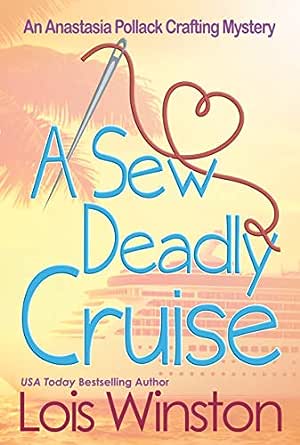 You've subscribed to An Anastasia Pollack Crafting Mystery! We will preorder your items within 24 hours of when they become available. When new books are released, we'll charge your default payment method for the lowest price available during the pre-order period.
Update your device or payment method, cancel individual pre-orders or your subscription at
Your Memberships & Subscriptions
There was an error. We were unable to process your subscription due to an error. Please refresh and try again. 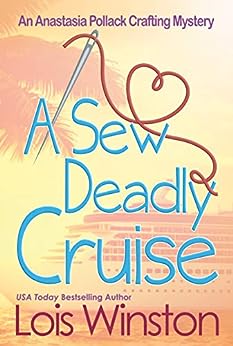 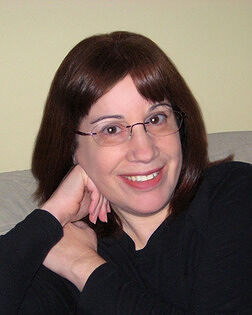 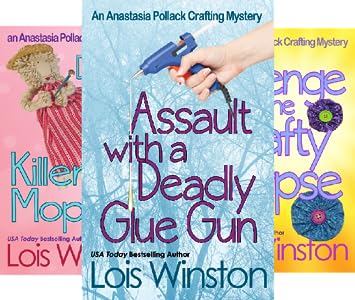 "A Sew Deadly Cruise is absolutely delightful, and I was sorry when it was over. I devoured every word!" - Suspense Magazine

lovesbooks
5.0 out of 5 stars Well "crafted"mystery
Reviewed in the United States on November 7, 2020
Verified Purchase
Lois Winston once again brings us a well-constructed, clever mystery in SEW DEADLY CRUISE, when Anastasia takes her family and fiancé on a week long cruise to the Bahamas. A modern variation on a locked-room mystery with memorable characters, protagonists you can root for, devious schemes, and a brisk-paced investigation. All which leaves you wondering what will she come up with in the next installment and how long we'll have to wait to find out.
Read more
Helpful
Comment Report abuse

NL Quatrano
4.0 out of 5 stars Agatha would sew enjoy this
Reviewed in the United States on October 16, 2020
Verified Purchase
Winston's colorful and delightful characters carry the plot of Cruise in and out of hot water. There is no shortage of suspense, dead bodies, quirky humor and touch of romance. Dame Agatha would be smiling over this cleverly written "locked door" mystery. Bravo.
Read more
Helpful
Comment Report abuse

Kathleen C.
5.0 out of 5 stars A Sew Deadly Cruise earns 5/5 Upgraded Cabins...Engaging Drama!
Reviewed in the United States on October 18, 2020
Anastasia and her eclectic family received a surprise Christmas present from her half-brother-in-law. He arranged for everyone to enjoy a cruise sailing south to the Bahamas during Valentine’s Day week. She thought it a great way to celebrate her engagement to Zack Barnes, and her teen boys were very excited. However traveling with Ira’s spoiled kids and her antagonistic mother-in-law just might having her declining the opportunity. But, she didn’t need to since her Commie G’Mommie refused the offer and Ira and his hellions are a no-show due to Ira’s immediate appendectomy. The group included her eldest’s girlfriend and her wealthy father, so maybe it will turn out to be a nice respite from thoughts of debt, conflicts, and dead bodies. Not so fast. With Ira’s absence, Anastasia, Zack, her mother, and her teens get a luxurious upgrade, which means the biggest worries are the all you-can-eat buffets, loaded umbrella drinks, and her mother’s hunt for a possible husband number seven. However Anastasia’s Spidey sense makes her suspicious of a mystery man who was overly interested in her antique engagement ring. When the man turns into someone Zack wished he’d never see again, and a dead body is discovered, Zack has only one suspect...his father!

Lois Winston has “crafted” another clever “wrong place/wrong time” drama. Discovering a dead body isn’t a new phenomenon, but then another, then..., makes this cruise one from farther south than the Bahamas [Insert giggle]. However, the twist that highlights more of Zack’s background and his family dynamics added well to the drama. You don’t know which family is the most dysfunctional. But, Anastasia supports him, as he has done for her making their relationship admirable. Motives fly with the suspicious deaths, suspects aplenty, a cover-up in full swing, and weeding through it all put my inner Sherlock on overdrive. The investigation is engagingly hampered by people who won’t talk, are told not to talk, and a whole ocean exists to hide clues, evidence, and dead bodies. The final conclusion, reveal of motive and killer, and a bit of personal peril was exciting! Winston’s witty first-person narrative and banter keeps me a fan. Loved it!

Disclosure: I received an ARC from the author. My review is voluntary with honest insights and comments.
Read more
Helpful
Comment Report abuse
See all reviews