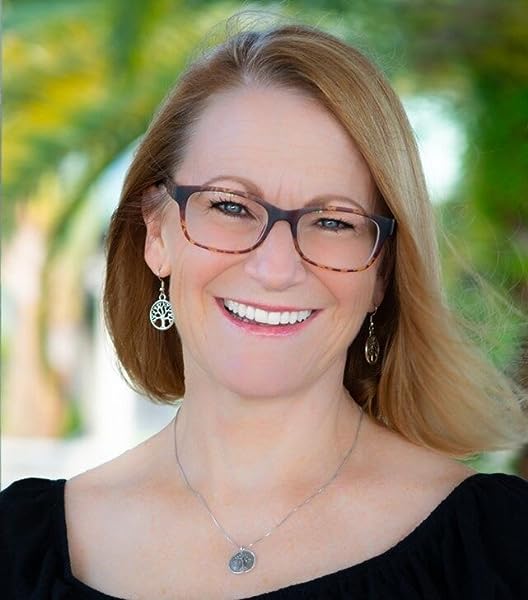 by TJ Logan (Author)
4.7 out of 5 stars 52 ratings
Book 5 of 6: O'Halleran Security International
See all formats and editions
Sorry, there was a problem loading this page. Try again.

Start reading Deadly Apprentice (O'Halleran Security International Book 5) on your Kindle in under a minute.

TJ Logan is an award-winning author of romantic suspense anchored by strong themes of family, honor, and loyalty. Her writing journey began one day, back in 2012, when a bunch of strange voices popped into her head. Hoping to exorcise the craziness, she started typing, which simply ushered in more—as if she’d cracked open some sort of portal for fictional characters to charge through.

Those random voices morphed into the O’Halleran family. The family grew with the addition of lovers, friends, neighbors, and co-workers. Voila, the first six books of the O’Halleran Security International (OSI) series was born.

TJ grew up in a military family, lived all over the country, and was surrounded by five brothers … and, amazingly, lived to tell about it. She competes in International Defensive Pistol Association events and was a key member of a team that managed a Secret program for one of the world’s top defense companies. All of these things have given TJ an interesting perspective on life. And every bit of it goes into her writing!

Family, Honor, and Loyalty aren't just words in a tagline to TJ, they are everything.

Lisa
5.0 out of 5 stars Fabulous
Reviewed in the United States on May 28, 2021
Verified Purchase
What a fabulous book. I couldn’t put it down. I usually do a re-read of prior books in the series before starting the new one but my TBR pile is so large I skipped that step. But now I have to go back to the others because I was reminded of how good they were. You can’t go wrong reading this book or the entire series. Well I’m off to start my re-read.
Read more
Helpful
Report abuse

Molly Brose
5.0 out of 5 stars Read them all!!!
Reviewed in the United States on July 1, 2021
Verified Purchase
These books just keep getting better. Character development is so good!!!
Read more
Helpful
Report abuse

Jessica Cecconi
5.0 out of 5 stars A page turner
Reviewed in the United States on June 19, 2021
Another great read! Great Characters, lots of suspense, action, danger, romance some twists and turns some I saw coming some I didn't.

This is Mathias O’Halleran and Dr. Beatrice Rose Parker story. Mathias is a computer geek and Dr. Parker is a renowned forensic pathologist. I really liked both characters

One this I really liked that the author did was besides getting Mathias and Beatrice's story is that we get the serial killers story as well. It made the story more fascinating and was one of the reasons I didn't want to stop reading, when I needed to for the night. I am really liking this series. I have only read a couple of the books so far but I want to read them all.
Read more
Helpful
Report abuse

karenc
5.0 out of 5 stars incredible
Reviewed in the United States on June 19, 2021
This book is amazing! It's the fifth book in the series, but my first in the series, and first from this author. I was able to follow along the story, without having read the other books first. Early in the book, we find out who the serial killer is - that was easy enough - but many of his actions are unexpected. The characters are great, and I love the closeness of the O'Halleran family. Beatrice is smart, and taking advantage of the great opportunity with her new job. Mathias has met his match with her. I'm looking forward to more from this author. I received a free copy of this book via Booksprout and am voluntarily leaving a review.
Read more
Helpful
Report abuse

Shemchin
5.0 out of 5 stars Exciting Thriller Book #5 in the Series
Reviewed in the United States on June 19, 2021
**SPOILERS** This book was my first book by this author and it was a very good and exciting thriller book.The cast of characters were a big family that was easy to relate to and that was a close family who took care of their own. The thriller in this book was believable and exciting at the same time and I found myself being scared for several people’s lives at different times while reading the book. The two main characters in the book who are the love interests, I found myself rooting for them also as they were also *just perfect* together and the addition of Shadow was just the right touch!

Valerie Blankenship
5.0 out of 5 stars Loved this book!
Reviewed in the United States on June 14, 2021
Wow! I'm so glad I got an ARC of this book. It had everything I wanted in a story and more. The characters were well thought out and the story line kept me hooked. I can't wait to read more from this author.

Jeanne Richardson
5.0 out of 5 stars Mystery
Reviewed in the United States on July 5, 2021
This is the 3rd book I've read written by TJ Logan; I can’t wait to read more of her books.

This is the 5th book in O’Halleran Security International Series; it is a stand-alone book. Beatrice is a forensic pathologist whos trying to figure out who is killing military heroes before he strikes again. Mathias is a ex-cop; he resigned from his job in order to open a security company so there aren’t as many rules to follow so he can solve the murders of the military heroes.

Molly G. Hamblin
4.0 out of 5 stars lethal action
Reviewed in the United States on June 20, 2021
a renowned psychiatrist specializing in serial killers has a frightening client who shares"dreams" of kills

can the team at O'Halleran Security stop him before he strikes again, this time possibly at one of their own?

Dr Parker joins the team as a forensic scientist. A possible love connection for one of the twins, if they can work their ways past their respective past traumas and demons

Emma/Ann Prosser
5.0 out of 5 stars Both engaging & riveting.
Reviewed in the United Kingdom on May 30, 2021
Verified Purchase
I thoroughly enjoyed the latest instalment of this engaging, and riveting story. There was a time towards the end when I was worried for Mr O'Halleran senior, with this particular serial killer.
Read more
Report abuse