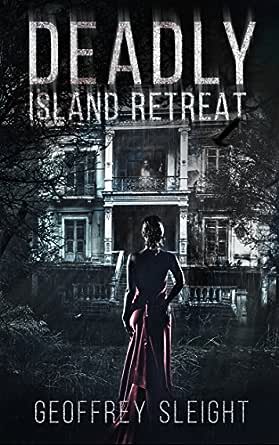 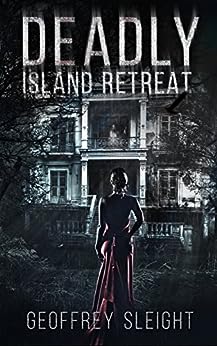 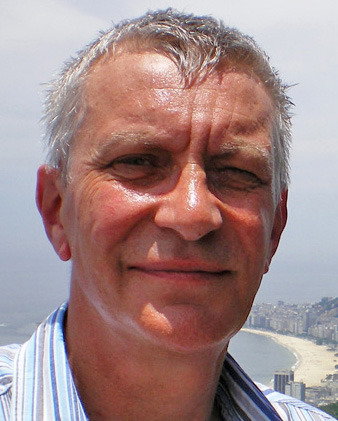 The action is fast paced and full of suspense. A very well written story that will certainly take you by surprise.
Michelle Williams. Amazon Customer.
---
Once you have read one of his books, you are addicted. Highly recommended.
Grady Harp.  Amazon Hall Of Fame, Top 100 Reviewer.
---
I would recommend this to anyone with a vivid imagination. One of the best books I've read in a long time.
Amazon Customer.
---
Suspense, a solid backstory, and bewitching surroundings make this a highly recommended
read.
V.E. Amazon Customer.

The only other people on the island are some caretakers that live on the island and they take care of the house along with the property, so Alex is never really completely alone, but then Alex ends up being chased by ghosts, a couple of hitmen, and there is a strange, wild-eyed man running loose on the island.

The story takes off from the first chapter and it lead me through a suspenseful, ghostly romp all the way to the end of the book. Giving this one four stars.

SanjinTop Contributor: Cooking
4.0 out of 5 stars Short page turner for a summer afternoon
Reviewed in the United States on June 25, 2017
Verified Purchase
This book was just what I needed, short and entertaining thriller for summer afternoon.
Premise of the story is very simple and used many times in literature or movies – our main hero goes to a seemingly peaceful retreat on an island, but he soon discovers that the island hides many unsettling secrets, scary things, ghosts and so on.
Like I said, nothing terribly original or innovative about the story, but it is done well. It is a short novel and that works to its advantage, pacing is fast and there is no unnecessary filler, what you expect is what you get. Main character is believable and he is not some kind of know-it-all super strong hero, he is easy to identify with. The author does a good job at creating tension and creepy atmosphere that works very well and makes this novel a proper page turner.
I can't say nothing too negative about this book, but it also doesn't stand out enough for me to give it a five star. Well-crafted story, scary elements, great pacing, all of that works and deserves a recommendation.

Grady HarpTop Contributor: Children's Books
HALL OF FAMETOP 50 REVIEWER
5.0 out of 5 stars ‘I felt distinctly uncomfortable with Lord Loftbury staring at us from the portrait.’
Reviewed in the United States on June 19, 2017
Verified Purchase
British author Geoffrey Sleight lives and writes in Aylesbury, the county town of Buckinghamshire, England and the home of the Roald Dahl Children's Gallery (another fine British novelist!). He is the author of eight novels of the mystery/thriller genre now after a history of working in journalism, acting, writing scripts for audio dramas and screenplays. Sleight's novels incorporate touches of history embroidered with the supernatural mysteries his pen scribes so well. Having read all of his novels, this reviewer can comfortably state that DEADLY ISLAND RETREAT is no exception - many of his constant readers will likely place this newest release of Sleight's high on their list of favorites. As is his bent, Sleight keeps his thrillers short (this one is only 139 pages) and that fact only intensifies the vigor of his novels - present the idea of the story, proceed into the characters, and spin out the suspenseful ending.

Geoffrey immediately captures our attention in his opening paragraph: ‘THERE are times in life when you wish you could turn back the clock. Reset the moment when you agreed to do something that seemed a good idea at the time, only later to find it was a big mistake. That's how the episode began after an old friend, Lawrence Keating, rang me one day. “Alex, how are you keeping? I've bought an island off the west coast of Scotland. Come and spend a few days with me.” Lawrence was the only person I knew who would have enough money to buy an island. We'd met five years earlier at a business college. The fact that we were both aged 22 and shared the same birth date in May had instantly connected us. He was the flyaway student, brilliant in sales and marketing strategies to the extent his knowledge often exceeded the tutors. But he was modest with it. Friendly, the life and soul of the party. No one could be envious or annoyed with him. “You've bought an island? That's amazing.” I was impressed, though not surprised Lawrence could do something like that. “It's not exactly a sun-baked paradise island, but fantastically atmospheric,” he said. “There's an old mansion there that needs a lot of renovation, but I've got plans in hand for it. Come and meet me.” As it happened I was between jobs. That is, having recently lost my job as manager of an office equipment store which had gone into liquidation. I wasn't a brilliant student like Lawrence, but the difference in ability didn't stop us from enjoying each other's company at the college. “Where should I meet you and when?” I asked. “Why now. No time like the present. I've got a motor launch moored at an old fishing harbour at Tullochrie on the north west coast of Scotland. The island's about five miles offshore there. It's called Fennamore. You might have heard of it.” I hadn't, but then I wasn't an expert on Scottish islands.’

The terse summary is a guidepost to the story – ‘When Alex Preston is invited to spend a short holiday on a private island owned by a friend, he looks forward to a restful break. But the only break on offer is his breaking point, stranded with ghosts, killers and a series of horrific secrets buried on the cursed island that threaten to stop him ever leaving alive.’

One of the primary reasons each of Geoffrey's books works so well is his inordinately strong ability to describe credible character upon whom the strange bizarre aspects of his tale are adhered. That is simply one reason he writes these adventures better that most. Once you have read one of his books, you are addicted. Highly recommended. Grady Harp, June 17
Read more
Helpful
Comment Report abuse

Darby Langford
5.0 out of 5 stars Deadly Island Retreat
Reviewed in the United States on November 10, 2017
Verified Purchase
Alex runs into his college friend and gets invited to spend a few days at his island retreat. It's 5 miles out and also has a big mansion on it. As soon as they arrive Alex feels like something is very wrong. After they get inside the mansion Alex begins to understand why his friend got such a good deal. His friend Lawrence leaves the island in the early morning with the excuse he had to pick up a few things. Alex begins to hear things being dropped/thrown, a woman's screams and seeing ghosts. From here on things moved along so fast I couldn't put the book down. It's a very well written fast paced adventure. I would recommend this to anyone with a vivid imagine. One of the best books I've read in a long time.
Read more
Helpful
Comment Report abuse