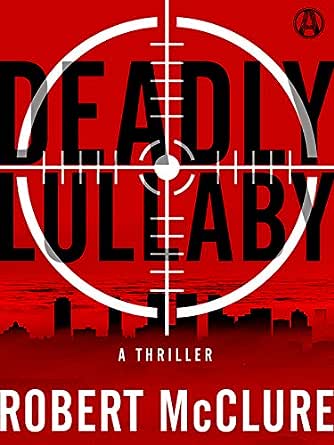 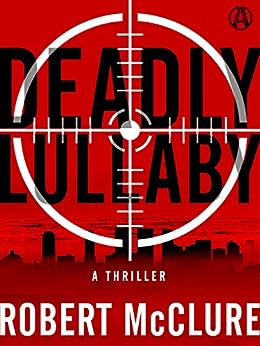 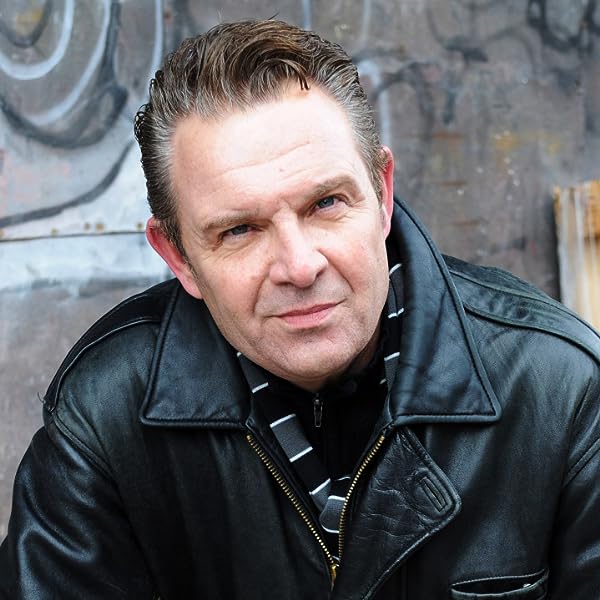 “Too compelling to put down.”—Roger Hobbs, bestselling author of Ghostman

“Deadly Lullaby is, at heart, a father-son story, but one in which the father is a ruthless gangster and the son a cynical cop. I loved both of these flawed characters. Robert McClure has written a rousing debut, elevated by pitch-perfect dialogue and a whiplash pace.”—Peter Swanson, author of The Kind Worth Killing

“The writing is excellent, and the family relationship offers an interesting angle.”—I Heart Reading

Susan O'Neill
5.0 out of 5 stars Crime and Parenthood, deftly served
Reviewed in the United States on December 6, 2015
Verified Purchase
As a fan of crime fiction, I was pleased and impressed with this debut novel.

I read the original story, My Son, and enjoyed it, but couldn't imagine an author expanding a story about a "connected" psychopathic killer into a successful novel. Psychopaths are one-note characters, by their nature; even though what a psychopath might DO can be very interesting in its perversity, the person himself usually lacks dimension beyond his acts. In "My Son," it was the struggles of the father--Babe--to connect with his severely bent policeman son that kept me reading, but ultimately the two of them were too alike, I felt, to carry the work onto a larger stage.

What a great surprise to find that McClure has managed the feat beautifully in this book. The original story has been left behind as an inspiration; the novel introduces us to a son who, while still shady, is much more savvy, much more unconventional, even--strangely--more principled, than his prototype. And that not only elevates the father/son struggle, it makes Deadly Lullaby work.

It also makes me want to read a sequel.

The plot has been summarized on these pages already. I'd like to give the writing its due: it is unpretentious, but colorful and very deftly-rendered. His characters, especially Leo, are more complex and nuanced than I've come to expect in the genre. Babe, still a psychopathic killer, feels more compelling in his fealty to a son who routinely disappoints him, and in his too-late faith in the duties and possibilities of Ideal Fatherhood. As a reader, I found myself alternately worried about Leo's potential for disaster (and the potential--justified--loss of his job with the LAPD), and cheered by the unique--and often illegal--paths he chose to juggle his relationship with his father and his boss, while achieving his own brand of justice.

Is the book bloody? Certainly! Is it testosterone-laden? Of course! Is it pulpy? Oh, yes. It's Crime Fiction, laced with that noir humor that makes Crime Fiction a tasty read. If that's not what you're looking for, don't read Deadly Lullabye (and for the gods' sake, don't diss it in a review--that's like ordering escargot, and giving the restaurant one star because you didn't really want snails).

But if you are a fan of the genre, read Deadly Lullabye and enjoy. McClure is the Real Deal.
Read more
One person found this helpful
Helpful
Comment Report abuse

Kathimcmac
5.0 out of 5 stars Gripping and gritty father-son story - make time for this one!
Reviewed in the United States on December 2, 2015
Verified Purchase
This is a gripping, somewhat gritty novel about a career hitman, Babe, and his son, Leo, an LAPD detective. Babe served two separate prison terms during his son's formative years and desperately wants to make up for lost time with his son. Leo, however, would prefer to keep his distance from his father for fear that Babe's lifestyle could taint his ability to advance up the LAPD ladder. But Leo is not squeaky clean either. By the time of his father's release from prison, Leo has racked up some gambling debts that he lacks the financial means to pay off and needs his father's help. Babe is all too eager to help his son in hopes of impressing and winning him over. The manner in which his father decides to take care of Leo's debt take Leo by surprise and only pushes Leo further away. Despite the ease with which Babe operates in the underworld to "take care of things", Babe wants to retire from the underworld. Ironically, however, his son is fighting the "bad boy" genes he inherited from his father. This makes for some interesting twists and turns in the novel, including a bloody struggle for power by those who desire to rule the underworld. As I read chapter after chapter, the plot kept thickening, which keeps the story suspenseful and moving. There were some pages in book that had me holding my breath, almost wanting to look away when turning the page in fear of what might lay ahead for Babe and Leo. At the same time I very much wanted these two characters to see their way clear through the tangled web they had weaved for themselves and their relationship with each other. I read the book on the way home from vacation while my husband was at the wheel and kept reading after arriving home until I finished the book at 3 am before catching a few winks and heading into the office for an 8 am meeting. I could not put the book down until I was at the end. The author has a writing style that is very unique and that aptly places the reader right in the heart of the action. I felt the writing did a good job of portraying the dialogue and gritty lifestyle of those who live their lives in and around distasteful characters in the underworld. This was a great read!
Read more
Helpful
Comment Report abuse

Paul
5.0 out of 5 stars Fascinating from the First Page
Reviewed in the United States on January 25, 2016
Verified Purchase
It was my pleasure to read Deadly Lullaby by Robert McClure recently. I love mysteries/action stories (as well as science fiction), and being, retired I have lots of time and not so much money. SO, I read lots of free Kindle stuff. Some of it is really crap, filled with grammar, spelling and punctuation errors and even use of the wrong word for the meaning (obviously) intend. Of course this one wasn’t free, but sometimes you get what you pay for, and Deadly Lullaby was well worth the modest cost. It was refreshing to read something that well written for a change.
Not only were the grammar, punctuation and use of the English language excellent, McClure does an excellent job of creating realistic characters with depth rather than cardboard silhouettes. They were very much flawed, but they were not pure evil. By the end of the book I had began to sympathize with them, root for them, maybe even like them. An article I read recently on fiction writing said that creating villains was a very difficult part of constructing believable fiction: the villain must not be pure, black evil but someone whose motives are understandable given their experiences. McClure does this with great skill. Thanks for the enjoyable story! I’ll look for this author again.
Read more
One person found this helpful
Helpful
Comment Report abuse
See all reviews