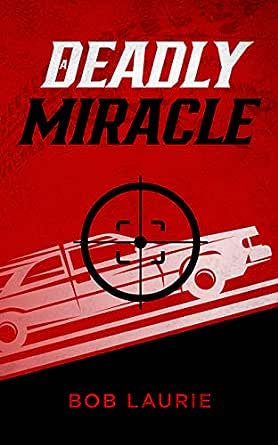 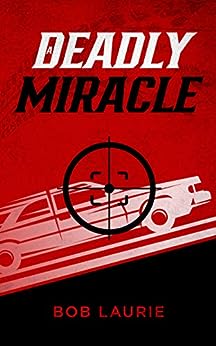 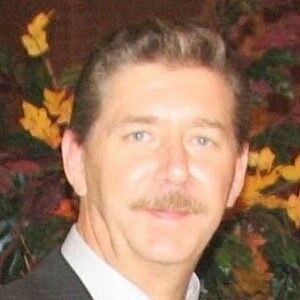 "I couldn't agree to review this book fast enough when I read the exciting description, and much of the story was a wild ride that had me wishing I had two seat belts and a passenger pedal. The tension was quite palpable, and I was on the edge of my seat with my stomach in knots for much of the reading. Bull appealed to my love of action heroes - or, in this case, antiheroes - so his scenes were exceptionally bright spots for me..."


"I am glad how this story is not just about suspense and thriller; it has values and relationships, and that's very rare in a novel that is mainly thriller or suspense. I think that will make this book stand out!"

"I literally prayed for Bull! That's the intensity of how much I am affected by this story and the characters!"
GoodreadsBeta Reader

It took a while for Bob to know where he wanted to go with his writing. He's always loved thrillers, but didn't understand why they never include an inspirational message that can uplift the reader after the suspense is over. Bob endeavors to achieve that in his writing and hopes his novels stand out because of it. You can find out more about Bob's books and other work at boblaurieauthor.com. --This text refers to the paperback edition.

Gary W. Ruppel
5.0 out of 5 stars A Thrilling Read
Reviewed in the United States on January 8, 2021
Verified Purchase
The author, Bob Laurie, delivers a thoroughly entertaining thriller which is fast-paced and exciting from cover to cover. The characters are well developed with very compelling human qualities that blend vulnerability with heroism. Guided by fate, each character must come to a deeper understanding of who they are and evaluate their relationships with loved ones and others. The Russia setting provides global intrigue, while the Pennsylvania setting paints a backdrop for suspense in a small aging industrial American city. This was a great read. Building on the success of this novel, I look forward to more to come from Bob Laurie.
Read more
Helpful
Report abuse

Denis L.
5.0 out of 5 stars Great Book!
Reviewed in the United States on December 22, 2020
Verified Purchase
A Deadly Miracle is one of the best books I have ever read! From the moment I started reading, I was fully engaged and did not want to put the book down. The story and the characters are developed very well throughout the book and there is a satisfying ending.
Read more
Helpful
Report abuse

Rob L
5.0 out of 5 stars Great Read!!
Reviewed in the United States on October 23, 2020
Verified Purchase
A great read! Bob Laurie does it again! You won't be able to put this one down. I look forward to Bob's next book.
Read more
Helpful
Report abuse

My Impressions: Togue in cheek tale of an assassin and a naive young man raised by extremely emotional parents.

Young Jace Hunter is going through his rebellious late teen years picking fights with his dad, Finn. But Finn is too stubborn and hardheaded to back off. His attitude is ‘my way or the highway’.
After Bull’s retirement ceremony his is told to find Major Yuri Petrov and bring two hundred boxes of a ‘miracle drug’ back to Russia. Bull refuses, but a general has Bull’s fiancée kidnapped to force Bull to find and kill his old buddy Yuri and return the two hundred doses of drugs that are worth thirty million dollars each.
Sage’s uncle Yuri offers to pay Sage and Jace twenty-five hundred dollars to deliver the drugs to a contact in New York. But Bull is waiting for them when they return (they stole his van to make the trip). Bull is a ruthless killer with a heart of gold. So he kills Sage, her dad, and her uncle Yuri.
Then he forces Jace to drive him back to where the drug delivery was made where he kills nine more bad guys.
Of course, to add to the conflict Jace’s dad is diagnosed with brain cancer and only has six months to live. He needs a dose of the miracle drug that cures a myriad of diseases. But if Bull returns to Russia without all two hundred doses he and Anya will be punished.
It’s a fast and entertaining read.

The poor editing and sentence structure drag the story down significantly.
Character Development is tongue in cheek.
Details and research are poor.
The plot is standard action hero and a teenager who gets dragged into deadly circumstances.

Note! A word to writers about firearms. Learn about them before making a fool of yourself by writing stupid comments. The Glock company sells magazines for their semiautomatic handguns. Not clips. Professional killers like Bull and Yuri do not wait until they’re ready to shoot to ‘cock’ the gun. Glocks are designed to be carried ‘HOT’ ready to fire by pulling the trigger. There is no safety switch. There are no firearm ‘silencers’. They are suppressors; they will knock the blast down, but it still sounds like a loud gunshot.

There is minimal cursing and no sexual situations.
The story is interesting but doesn’t rise to the thriller level. It relies on a fantasy drug and is a coming of age tale for Jace with a heavy dose of religion thrown in.