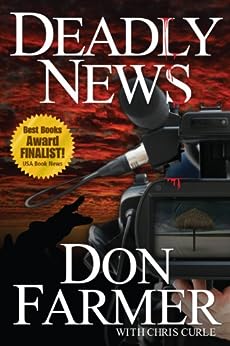 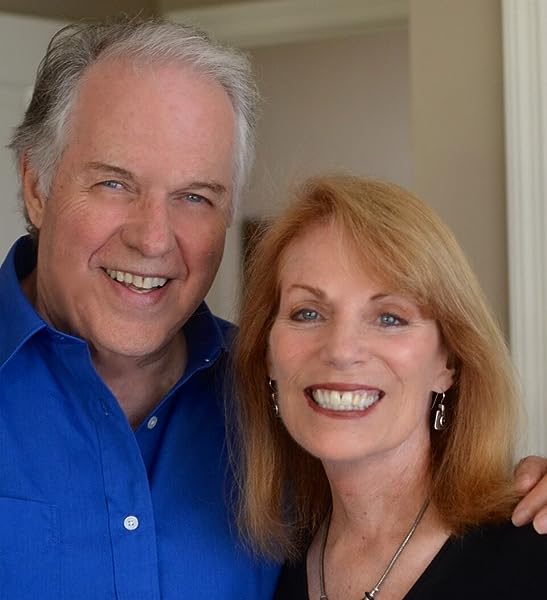 "Don & Chris were a dynamic duo when I worked with them in Atlanta, and they've proven they still are with DEADLY NEWS, set mostly in the city they know and love. Their wealth of experience from decades in the news business provides a rich and well-informed backdrop for an explosive, exciting thriller." --KATIE COURIC --- former Today show star, CBS Evening News anchor, host of her own nationally syndicated program, Katie

"From the Deep South to the edge of the Everglades, DEADLY NEWS is a riveting must-read that propels you full-speed on a roller coaster ride through intrigue, murder and the underside of the "news business!" --NANCY GRACE - --Host of Nancy Grace on HLN network and former felony prosecutor


--This text refers to the perfect edition.

Don Farmer and Chris Curle have been in the news business - television, radio and print -- for a combined total of ninety-nine years, from the headline events and back rooms of world politics to the front lines of wars and social revolutions.

They met in a TV newsroom in Houston, Texas. She was a reporter/anchor at KTRK-TV, the ABC station there. Don was there on assignment in his role as southern bureau chief for ABC News, based in Atlanta.

During this period, Chris covered international news for radio and print in Europe, Asia and the Middle East. Don's coverage abroad sent him to war and civil strife in Europe, the Middle East, Latin America and Asia, including Vietnam and Cambodia. He also covered the civil rights movement in the US, including Dr. Martin Luther King, Jr.'s historic movement, Dr. King's assassination and the violent aftermath in several American cities. He covered the unsuccessful presidential campaigns of several men named George --- Wallace, McGovern and Romney --- and one very successful George, the forty-first president. For five years, Don covered the US House of Representatives and the US Senate as a congressional correspondent for ABC News.

When Ted Turner created CNN, he hired Chris and Don to be among that all-news network's "pioneer" on-air news anchors. During their two-hour, live "Take Two" daily program on CNN, they interviewed thousands of interesting people, many of whom are world famous. Some of their more memorable conversations were with presidents, prime ministers, first ladies, generals, ambassadors, potentates and celebrities in the worlds of sports, Hollywood and Broadway.

One of Don's favorite assignments was his conversation with The Beatles, all four of them, after John Lennon had created a firestorm by remarking in 1966 that the Beatles were more popular than Jesus.

Chris's career before CNN included anchoring newscasts and a live "magazine" show on the ABC TV station in Washington DC, interviewing and reporting on the capital's movers and shakers. Among her career favorites were Nancy Reagan, Barbara Bush, Bob Hope, Benjamin Netanyahu, the Rev. Billy Graham, actor James Earl Jones and wildlife expert Jim Fowler, who brought some exotic critters with him to a live, on-air interview.

Don and Chris also anchored the news for the ABC TV station in Atlanta, WSB-TV, where their coverage included visits to such interesting places as Iceland, Honduras, Saudi Arabia, the Galapagos Islands, Africa and the fall of the Berlin Wall.

Chris and Don write columns for several newspapers in Atlanta and in Southwest Florida.

Don is the co-author of Roomies: Tales From the Worlds of TV News and Sports, a book he wrote with his lifelong friend, the late, legendary sportscaster, Skip Caray. --This text refers to the perfect edition.

4.3 out of 5 stars
4.3 out of 5
47 global ratings
How are ratings calculated?
To calculate the overall star rating and percentage breakdown by star, we don’t use a simple average. Instead, our system considers things like how recent a review is and if the reviewer bought the item on Amazon. It also analyzes reviews to verify trustworthiness.

StrawberryJoe
3.0 out of 5 stars An Okay Read
Reviewed in the United States on February 18, 2014
Verified Purchase
In my opinion, and I’m not a professional literary critic, the book is not so much a crime thriller as it is an insider’s commentary about how the news industry packages, hypes, sells, and even creates what passes for “news” today. Atlanta-area residents will quickly recognize several of the characters as well-known local news and talk radio personalities.

The Farmers provide exceptionally detailed descriptions of the characters and events, which help the reader form vivid mental pictures. The detailed, behind the scenes, machinations in and out of the newsrooms will confirm the readers’ suspicions about just how little the talking-heads know about just literally anything. The plot gets a little thin and ponderous at times, and the Farmers resort to a deus ex machina at the end to resolve the plot.

Overall, the book is a good read, mainly for Atlantans who are familiar with the thinly-disguised characters, events, and places. For those readers outside of the Atlanta area, maybe not so much.
Read more
One person found this helpful
Helpful
Report abuse

Rev Gurley
5.0 out of 5 stars Crime Treat for Altantans
Reviewed in the United States on June 26, 2013
Verified Purchase
Don Farmer knows Atlanta (and Marco Island, FL, as it turns out). He knows TV news. And now he's proven he knows crime drama, with hilarious touches of humor. Deadly News is a real treat for those who live in, and/or love Atlanta, but is written so well anyone will enjoy the characters, scenery, and plot.

We follow along as the quirky death of a Hollywood celeb before a second Atlanta Olympic Games turns the town to turmoil. The police need to find the murderer. The local, and national, TV press sniff for every lead. And local characters continue to do the things we, Atlantans, love them for.

If you like mysteries, pick up Deadly News. If you're an Atlantan, you MUST pick up Deadly News! I sincerely hope Don Farmer writes more, especially with these characters. By the end, you're wanting to know more about what happens to them when this plot line is finished. GREAT READ!!
Read more
4 people found this helpful
Helpful
Report abuse

David B. Hopkins
5.0 out of 5 stars Absolutely Loved "Deadly News
Reviewed in the United States on October 19, 2015
Verified Purchase
Absolutely Loved "Deadly News!" It was an excellent, well-written story that I could not put down! I am anxious for the next entertaining read from two wonderful authors, Don Farmer and Chris Curie.
Read more
One person found this helpful
Helpful
Report abuse

Bob Neal
5.0 out of 5 stars Entertaining and authentic
Reviewed in the United States on July 30, 2013
Verified Purchase
Don and Chris have written an engaging novel that's authenticated from their years in network and local TV news. The best newsroom depiction I've ever read, capturing the essence of today's news gathering and dissemination, including all the quirks of news people, good, bad and funny. With characters like the network owner Bren, Detective Hagan, reporter Cassandra and the host of others, I'm looking forward to a series of sequels. Think Harlan Coban novels. Being a veteran of national and local news myself, I KNOW how true it is!
Read more
2 people found this helpful
Helpful
Report abuse

Proud to Stand for Science
5.0 out of 5 stars Just Like On TV!
Reviewed in the United States on July 22, 2013
Verified Purchase
As someone who lived and breathed the heady network news atmosphere for 25 years (but never met Don or Chris), I read this in just a few sittings. They captured the spirit very well in this fast-moving fun read. I hope they will bring the characters back for another run!
Read more
One person found this helpful
Helpful
Report abuse

J. King
4.0 out of 5 stars Fast moving
Reviewed in the United States on November 19, 2020
Verified Purchase
It reflects the Atlanta reality of the TV / Cable industry

Don and Chris, I am sure, have depcited their world, NOT TO SAY the cast
Read more
Helpful
Report abuse
See all reviews

Colin
5.0 out of 5 stars Gripping read
Reviewed in the United Kingdom on July 27, 2013
Verified Purchase
A great first novel about news broadcasting together with murder and intrigue. The plot accelerates so that you want to keep turning the page.
Read more
Report abuse
See all reviews