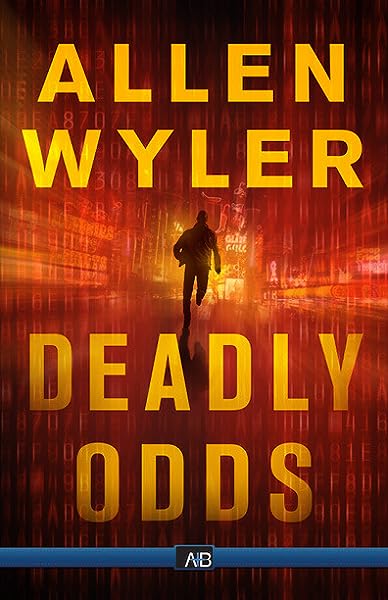 In Deadly Odds, Allen Wyler's unique thriller, Arnold Gold, an introverted, computer geek goes to Las Vegas to lose his virginity and ends up running from terrorists and the FBI as he tries to save his life and prevent a deadly attack that will rival 9/11. Deadly Odds is original and a first rate thriller. (Phillip Margolin, New York Times bestselling author of "Woman with a Gun")

“With Allen Wyler, you get thrills and a dash of humor combined in a high-tech plot written by a guy who knows what he’s talking about. I love his books and Deadly Odds was the best one yet. (Mike Lawson, Award-winning author of the Joe DeMarco series)

Brought up in Seattle, Allen Wylers parents died early which left him having to wholly support himself through college in a variety of ways including serving as a drive-in cook and playing drums as a professional musician in various blues and jazz groups. Medicine was his chosen discipline and he went on to have a distinguished career in his speciality, neurosurgery, which he determined on very early in his studies. Serving on the faculties of the University of Washington and the University of Tennessee, he earned an international reputation for pioneering surgical techniques to record brain activity. In 1992, he was recruited by the prestigious Swedish Medical Centre to develop a Neuroscience Institute. Ten years later, he left active practice to become Medical Director for a start-up Med-Tech company, and now chairs the Institutional Review Board of a major medical centre in the Pacific Northwest. In the early 1970s Wyler developed a love of reading thrillers, and later decided to leverage his medical knowledge by writing himself. After the publication of his first two medical thrillers, Deadly Errors, and Dead Head, in 2005 and 2007 respectively, he retired from full time day to day medicine to devote more time to his writing. He has also served as Vice President of the International Thriller Writers organization for several years. He and his wife, Lily, divide their time between Seattle and the San Juan Islands, and he continues to develop new plots from real-life situations met during his career. His writing has been described as right up there with the best and on another occasion, developing a high-speed plot with a startling but all-too-plausible premise.