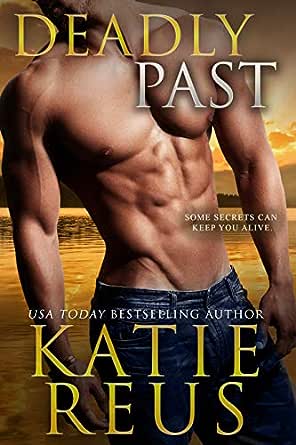 You've subscribed to Verona Bay! We will preorder your items within 24 hours of when they become available. When new books are released, we'll charge your default payment method for the lowest price available during the pre-order period.
Update your device or payment method, cancel individual pre-orders or your subscription at
Your Memberships & Subscriptions
There was an error. We were unable to process your subscription due to an error. Please refresh and try again. 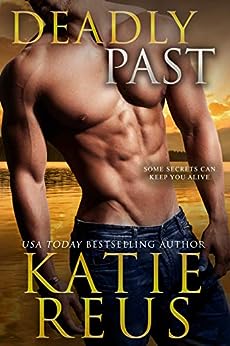 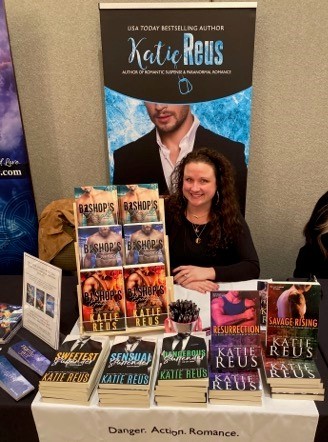 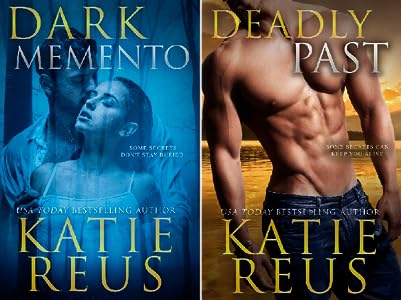 4.5 out of 5 stars
4.5 out of 5
173 global ratings
How are ratings calculated?
To calculate the overall star rating and percentage breakdown by star, we don’t use a simple average. Instead, our system considers things like how recent a review is and if the reviewer bought the item on Amazon. It also analyzes reviews to verify trustworthiness.

Zetter
5.0 out of 5 stars Danger Lurks!!!
Reviewed in the United States on October 20, 2020
Verified Purchase
Autumn Perez aka Ana Diaz witnessed a murder when she was twenty-two, she had to change her entire life after testifying against the killer. Fast forward ten years later, she'd been living in Verona Bay as an art teaching at the local high school. She found herself in a similar situation as ten years ago and the U.S. Marshals wanted to uproot her again. But she wasn't having any of it, she was tired of running, she loved her life and her friends. Plus she was pregnant with her neighbor's child, sheriff Lincoln Jordan.

Lincoln Jordan, Lucas's brother (DARK MEMENTO) and sheriff of Verona Bay. He had been attracted to his smart and beautiful neighbor from the first moment they met. They had a night of intense passion that was incredible, it left him wanting more yet she kept pushing him away, when the real reason why she wanted to keep her distance became clear. He made it his mission to keep her safe.

He needed her to learn to trust him cause the threats against her were getting more and more dangerous. Autumn's past caught up with her, putting herself and her loved ones in grave danger especially her unborn child. Together the lovebirds handled the enemies like the amazing duo they were.

It was a treat to catch with old characters and meeting new ones. Serenity being great friends with Autumn was a delightful treat. I also enjoyed the relationship that both women had with Adeline, as well as the one that was growing between the latter and Mac Collins.

Linc and Autumn got their HEA and they couldn't be happier.

DEADLY PAST is the second installment in Katie Reus' VERONA BAY series. It was fascinating, emotional and oh so incredibly breathtaking. Katie Reus had me on the edge of my seat and I loved every second of it. Five Golden Stars 🌟🌟🌟🌟🌟

****I received this book, without any obligation to review.****
Read more
One person found this helpful
Helpful
Comment Report abuse

Élodie Nicoli
TOP 1000 REVIEWER
4.0 out of 5 stars A lovely romance with a dash of suspense
Reviewed in the United States on October 20, 2020
Verified Purchase
Will her fears come between her and her happiness...

I have discovered the author with her paranormal romances, so when I saw this one listed to be released soon, I jumped on the opportunity.
I had no idea what to expect, yet I was surprised to have plural points of view other than the two main characters.
Both heroes are kind and caring persons, Lincoln is the epitome of the dream boyfriend, protective and understanding, not one to give up when he is certain to have met the right woman for him.
Autumn had most of her choices and dreams taken from her when she entered the witnesses protection program. Now a decade later, she has built a new life for herself, so she won’t budge and be moved elsewhere, whatever the risks.
So while the bad guys operate behind her back to exact their revenge, she must decide if a future of loneliness is one she really wants as she would have to let go of her past fears.

Their romance is sweet and long due, following its fated path once she faces the issues holding her back.
The suspense part was easy to see coming, and secondary to the plot.
There is also an insight about I suppose the couple who will be featured in the next book, I will definitively want to read.
In all, a nice and fast paced read.
4 stars
Read more
One person found this helpful
Helpful
Comment Report abuse

2nd book in the Verona Bay series. Spinoff from Redemption Harbor. Romantic suspense. Can be read as a stand-alone.

Autumn is in witness protection and still has a active threat after her.
Lincoln is the sheriff, her next door neighbor, and lover. When danger gets closer, Lincoln and her friends will protector her. She’s found a home in Verona Bay and wants to stay.

Immediately gripping and action packed. Multiple storylines and twists makes this a fast and engaging read. With Autumn and Lincoln moving their relationship from neighbors to lovers and friends, it includes some hot and steamy pages too.
Romantic suspense with all the feels.

I received a copy of this from NetGalley. I also purchased a copy to keep.
Read more
One person found this helpful
Helpful
Comment Report abuse

Deadly Past is the second book in the Verona Bay series. Although it was a cute story that centered around different characters, there were too many similarities to book one Dark Memento. The leading ladies in both books spent almost the entirety of the stories pushing their heroes away, plus they also had someone from their pasts that caused problems.

Lincoln was an absolute sweetheart and such a good guy. He was extremely patient and never pushed Autumn, although he did make it clear to her that he was interested in pursuing a relationship. Even when Autumn told Lincoln she was pregnant, he still waited patiently hoping she would give him a chance.

Autumn was an okay character. I tried my hardest to like her and to understand her fear of being hurt, but unfortunately I found myself annoyed and thinking Lincoln deserved someone better, someone who would appreciate the kind of man he was. I got aggravated when she blew him off after their heated night, and then I was frustrated that she kept her distance once she learned she was pregnant. I mean, they both liked each other, and she wanted to be with him as much as he did her.

I think Adeline and Mac will be the next couple in this series, but I’m not sure I’ll read that one. Adeline is already distancing herself from Mac, and basically walked off when he asked her out. She has scars on her back and her inner dialogue was thinking about something terrible from her past. Therefore it looks like the third book will be another stubborn leading lady with a dangerous past that comes back to cause problems.
Read more
Helpful
Comment Report abuse

SweetTea4me
5.0 out of 5 stars Worth A Read!!
Reviewed in the United States on October 22, 2020
Verified Purchase
Really enjoyed this book! Strong woman in the Witsec program and her sexy neighbor who happens to be the Sheriff! Absolutely loved both of these characters! Great setting in Verona Bay too. I really liked how the other characters were brought into the book and you got a glimpse into their lives, as well as, Amber and Lincoln's. I really want to read Mac and Adeline's story. I am also going to read Book 1 in this series. Katie Reus is one of my fav's and this book did not disappoint!!!
Read more
One person found this helpful
Helpful
Comment Report abuse

moonsy
5.0 out of 5 stars Great series
Reviewed in the United States on October 22, 2020
Verified Purchase
Just as entertaining as the first but even more with other couples intertwined with Autumn’s story. Look forward to the next book.
Read more
One person found this helpful
Helpful
Comment Report abuse
See all reviews

Elly Symonds
5.0 out of 5 stars Good Read
Reviewed in the United Kingdom on October 23, 2020
Verified Purchase
Katie Reus, certainly knows how to grab the readers interest, this is a good romantic suspense story, with a great cast of characters, looking forward to reading the next one in this series
Read more
Report abuse

Jodester169
5.0 out of 5 stars Excellent!
Reviewed in Australia on October 25, 2020
Verified Purchase
I thoroughly enjoyed the story for Autumn & Lincoln. As always it was fast paced with the right amount of passion and intrigue.
Read more
Report abuse
See all reviews