Deadly Reboot: The Paladin Group Book 1 and millions of other books are available for Amazon Kindle. Learn more 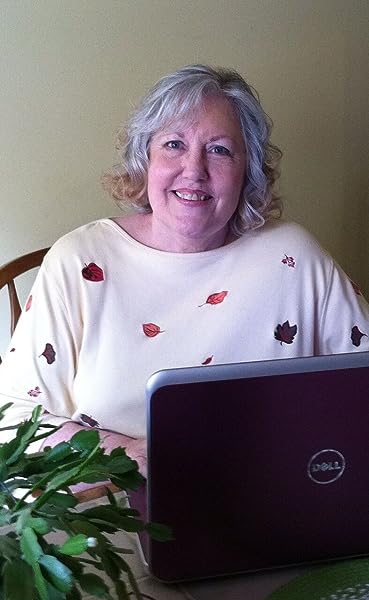 by CJ Matthew (Author)
4.7 out of 5 stars 16 ratings
Book 1 of 3: The Paladin Group
See all formats and editions
Sorry, there was a problem loading this page. Try again.

5 stars Great book, fantastic story! This hits all the right notes; the characters are exciting and the story flies off the page. Can't wait to read more from this series.

4 stars I actually really enjoyed it. Why? Because of the cast...... plain and simple.
CJ (only had a couple of) young, buff, 6-pack sporting, Dwayne Johnson look-alike, guys handling the case of "Who really shot Officer Ivey?"

She had military veterans, men/women injured in battle working the case. Heck, the youngest man from the Devil Dog crew was 64. Heck, they even had a beagle (Grunt) getting into the thick of things.

Favorite Paladin? Hale, lead investigator. He walked with a cane and used it as a weapon, too. Oh yes, he's still pretty badass!!
Seriously, you couldn't find a more diverse cast of characters.

CJ grew up in an Air Force family traveling all over the U.S. and around the world where she loved meeting real life heroines and heroes in uniform and flight suits. Her first romantic suspense series, The Paladin Group is set in a small southern town and features wounded Air Force veterans turned lawyers and investigators determined to continue their mission of rescuing people in danger. CJ's contemporary romance quintet, features five sisters raised in the air force. When each returns to the country of her birth, she meets the man of her dreams but she also meets her fate. After spending her high school and university years living in California, CJ was inspired by her love of marine life and the Pacific Ocean to create a paranormal romance series, the Dolphin Shore Shifters. The stories feature dolphins capable of shifting into human form and defending their oceans no matter what it takes. A member of RWA, Romance Writers of America, and GRW, the Georgia Romance Writers, CJ lives and writes near a lake in the woods northeast of Atlanta. When she isn't writing or reading romances, CJ likes to spend time with her two grown children, their spouses, a brilliant grandson, and a feisty cat named Max. Time permitting she also still loves to travel the US and the world. Max flatly refuses to travel.
Start reading Deadly Reboot: The Paladin Group Book 1 on your Kindle in under a minute.

C. B. Neff
5.0 out of 5 stars Hang on for a wild ride
Reviewed in the United States on March 29, 2016
Verified Purchase
Great book, fantastic story! This hits all the right notes; the characters are exciting and the story flies off the page. Can't wait to read more from this series.
Read more
Helpful
Report abuse

Sheri
5.0 out of 5 stars Amazing read!
Reviewed in the United States on March 15, 2017
I received this book from the author for free and am voluntarily reviewing it... gladly! This book was amazing. Once I started it I couldn't put it down until the end. The main characters were damaged but strong. I love when you have a sexy hero but the heroine isn't a sniveling coward. She had her weak moments as the weight of what she was going through hit her but then she squared her shoulders as best she could and moved forward.
So, Ginger, the heroine, is arrested for killing an officer. Her aunt works for a group that is a mix of lawyers and investigators who dig dealer for the truth. This group is made of wounded war heros. This is where Hale, the hero, comes in. He was wounded in combat and has a damaged leg. What I love about Ginger is she doesn't let him wallow. She comes to care for him and help him see past his insecurities. Love these two together! The twists around this story is all about how to prove she is innocent and where clues lead. I can't give more details without totally giving the story away. It is well worth your time to read. There are a few places where they have sex but if that is t your thing you can easily glance over those areas and not miss out on the whole of the story.
Read more
One person found this helpful
Helpful
Report abuse

Sharon Lee Thomas
4.0 out of 5 stars An Explosive Mystery and Romance
Reviewed in the United States on August 17, 2018
An in your face story from the get go when a struggling waitress, Ginger Odom is pulled over by a traffic cop for a minor traffic violation. While being served the ticket on the driver's side of her vehicle, an unknown person shoots the officer leaving her with the corpse, the gun, and the number one suspect in murder. Her aunt works for an organization called the Paladin Group whose employees are injured veterans of various military branches now working as lawyers, paralegals and investigators. The newest member, Hale Peters is tasked with heading up the mission to find out who the real culprit is and keep Ginger safe. A great cast of interesting lead and supporting players in a well written tale that will keep you reading. I received this book for free from eBook Discovery. I voluntarily review this book. This is my honest review.
Read more
Helpful
Report abuse

It starts off thrilling right away with Ginger Odom being framed for the murder of a cop. Lucky for her, Ginger's aunt knows a group of former military men and women who rescue people in trouble. They are the Paladin Group. The missions they take are called reboots. Hale Peters is a former Air Force Pararescueman, now working for Paladin. His first reboot is to keep Ginger safe until he and his team can prove her innocence. These highly skilled people find all sorts of leads in the right direction. Hale also asks the Devil Dogs to help out. They are also former military and highly skilled. The down-side to this group is their age. They range from their 60s to 90s. But they know their stuff are a huge help to the mission.

Once I started this book, I didn't want to stop reading. The writing is smooth making it an easy read. And the characters were great! It made the story even more interesting that the characters were mature and most had been the military. They left the military because of injuries they received while in service. The Devil Dogs were an amazing bunch too. They all used the skills they learned in the military to get information to prove Ginger was innocent as well as to help keep her safe. I loved these guys. Ginger was a good, strong woman. Yes, there were a few tears. I would cry too if I was in jail. Especially if I didn't commit the crime I was arrested for.

When I agreed to read Deadly Reboot and leave an honest review, I didn't expect to enjoy this story and the characters as much as I did. I'm grateful to have had the chance to find this author. I already have another of her books I can't wait to read. In the meantime, I highly recommend Deadly Reboot.
Read more
Helpful
Report abuse

Margaret Watkins
5.0 out of 5 stars A suspenseful romance with quirky humour
Reviewed in the United States on March 23, 2017
A well written suspenseful romance, Deadly Reboot kept me tapping my Kindle well after bedtime. The main characters are ordinary people caught up in extraordinary circumstances. Hale is being given his first assignment to "Reboot" and Ginger is put into his care. Only, she doesn't want to be there. The chemistry between Hale and Ginger took them by surprise; however they are both carrying so much baggage that it takes a while for them to work through it. The Devil Dogs were a delightful addition to the story, especially when the suspense started to escalate. Despite being elderly, these gentlemen were by no means past their sell-by date. I did not feel as if the story came to a satisfactory conclusion, but assume it is part of a series and questions would be answered at a later date. The book would have been incomplete without Grunt who ultimately played his part as well. The suspense and on-going romance kept my interest all the way through, and I thoroughly enjoyed the quirky humour between the characters. I received this book for free from eBook Discovery. I voluntarily post this review. This is my honest review.
Read more
Helpful
Report abuse

Kam Brook
4.0 out of 5 stars Love the diversity in character development.
Reviewed in the United States on June 14, 2016
(review request submitted by the author for an honest critique)

Despite the lack of "Who done it" in this mystery novel, I actually really enjoyed it. Why? Because of the cast...... plain and simple.

Nope, she had military veterans, men/women injured in battle working the case. Heck, the youngest man from the Devil Dog crew was 64. Heck, they even had a beagle (Grunt) getting into the thick of things.

Favorite Devil Dog --> Hale, lead investigator. He walked with a cane and used it as a weapon, too. Oh yes, he's still pretty badass!!

Seriously, you couldn't find a more diverse cast of characters.

With that said, there is something I would change about Deadly Reboot(small gripe). I wasn't a fan of the county and town's name being so closely related. Erinville and Erin County. I thought a bit more imagination could've been used here, but really as Shakespeare once said, "What's in a name?"
Read more
One person found this helpful
Helpful
Report abuse
See all reviews
Back to top
Get to Know Us
Make Money with Us
Amazon Payment Products
Let Us Help You
EnglishChoose a language for shopping. United StatesChoose a country/region for shopping.
© 1996-2021, Amazon.com, Inc. or its affiliates