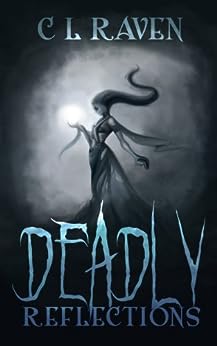 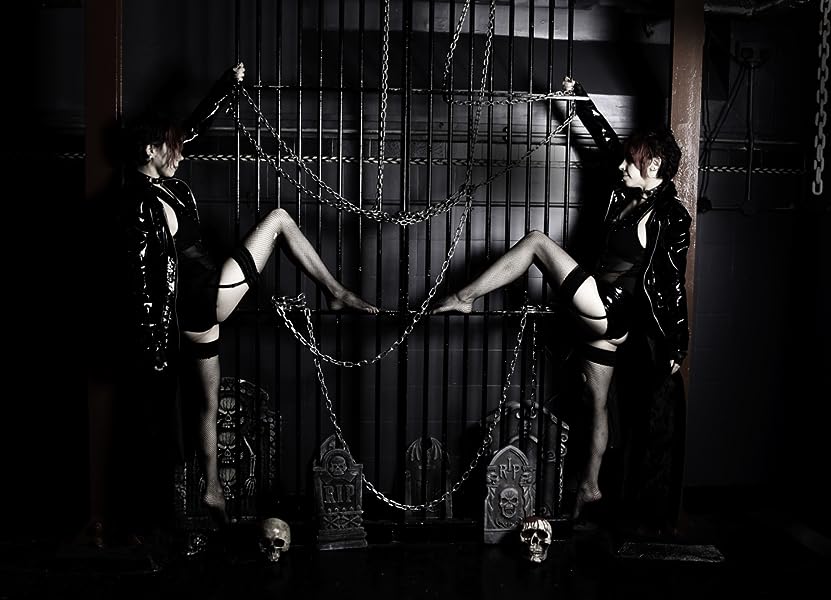 Death is only the beginning...

You’re born, you live and you die. And sometimes, you come back.

When the veil between life and death is torn down, the darkest souls crawl from the shadows to wander the world that rejected them.

But these are not the restless spirits that haunt the pages of folklore, or the childishly gruesome tales whispered over torchlight. These are the ghosts that dwell in the deepest dungeons of your imagination and prey on you when you think you’re alone: bored ghosts trapped in the monotony of office life at the Scare Department; a haunted jail where the prisoners believe in revenge over rehabilitation; a mirror that steals the souls of whoever falls under its spell; and a ghost bride who makes sure the wedding vows are never broken.

Thirteen stories that prove the monsters in your mind might just be real.

The past is no longer a nightmare.

"The Haunting of H. G. Wells" by Robert Masello for $7.25
A plot against England that even the genius of H. G. Wells could not have imagined.| Learn more

C L Raven are identical twins and mistresses of the macabre. They're horror writers because 'bringers of nightmares' isn't a recognised job title. They write novels, short stories, comics and film scripts. Their work has been published in magazines and anthologies in the UK, USA and Australia. A story of theirs was published in The Mammoth Book of Jack the Ripper, which makes their fascination with him seem less creepy. They’ve worked on several indie horror films as crew and reluctant actors and have somehow ended up with lead roles in the forthcoming indie horror film School Hall Slaughter. In their spare time, they hunt ghosts, host a horror radio show, look after their animal army, and try to look impressive with polefit. Their attempts at gymnastics should never be spoken about.

Anya Breton
5.0 out of 5 stars More mayhem, still laughs.
Reviewed in the United States 🇺🇸 on November 6, 2013
Verified Purchase
This is the third short story collection I've bought by C L Raven.
As usual there were some chuckles weaved in with the mayhem. I daresay the humor was a bit less than usual but the body count was way up. This will appeal to horror fans looking for tales of ghosthunting gone array.
My favorites were "Field of Screams" because of Jenkins-of-the-many-angry-colors, and "Sea of Souls" because it had many great one-liners and a funny ending.

Beth Plata
4.0 out of 5 stars Such a fun, scary read!
Reviewed in the United States 🇺🇸 on October 20, 2013
Verified Purchase
This is everything ghost stories around the campfire should be, scary, a little funny, a little racy! Good character development, innovative ideas, and writing that is luscious without being over the top!
Read more
Helpful
Report abuse

Isis the Vampire
5.0 out of 5 stars Daring duo delivers again!
Reviewed in the United States 🇺🇸 on December 23, 2014
Verified Purchase
The writing pair of C L Raven deliver their edgy and inventive brand of horror yet again. I loved this book as I have all of their others and was not disappointed in their particular style of gritty humor and chilling horror.
Read more
Helpful
Report abuse

Cinta Garcia de la Rosa
5.0 out of 5 stars Really scary stories!
Reviewed in the United States 🇺🇸 on December 4, 2013
Disclaimer: I got a copy of this book in a giveaway, but that won't affect my review, which will be as honest as ever.

C.L. Raven are just getting better and better. They are the ones who managed to make me read horror stories and I am glad I did that. I have already read her other three collections of short stories and, by far, Deadly Reflections is THE BEST one I have read. Why is it so good? Because after reading the different stories I felt utterly scared of going to my bedroom to sleep. You know a horror story has delivered its intended effect when you lay down under the covers and can't sleep because you think that every single noise you hear in the dark is someone or something that wants to kill you. Yes. They are that good. So if you like really scary stories, this is the book for you.

All the stories have a good balance and they will keep you reading almost non-stop. So don't worry if Halloween has just finished; enjoy this book and you will feel the Halloween spirit all the time. I strongly recommend it.
Read more
One person found this helpful
Helpful
Report abuse

Dancing Willow
5.0 out of 5 stars Best short horror stories!
Reviewed in the United States 🇺🇸 on February 17, 2015
I've read all of the ladies books and this one is the best so far. Each book has been different but you can tell that each of the books you read of theirs gets better and better. The horror stories in this book is great. Ghost hunting is deadly and each death is different, I loved how each death is tied together in the story as well. It will definitely have you hearing every noise in the house after dark.. Be careful you could be next!
Read more
Helpful
Report abuse
See all reviews

Oscar McCloud
4.0 out of 5 stars Cyhyraeth - Death spirit.
Reviewed in the United Kingdom 🇬🇧 on April 24, 2014
Verified Purchase
This is my first CL Raven read and I am entertained by the ghostly paranormal investigations. At first the stories reminded me of watching Scooby Doo adventures, how wrong I was. The serious search, well creeping around haunted buildings to prove or otherwise the myths and stories from the 'bowels of hell' sounds like fun - until the Gothic paranormal investigators, with their K2 meter and cameras actually come face to face with the Moat Hag. The tables turn and the investigators become the haunted, terrified and pursued with their souls at stake. WARNING don't disturb the tormented past. At my age I had moments when I was scared with goosebums and some hair tickling moments being so engrossed in the twists of the paranormal. I am only halfway through the thirteen short stories and enjoying every moment. It is my present bedtime reading and it is pure escapism from the ghouls of the real world. Life is too short to be serious all the time. Worth reading if you like the fun of a 'scare witch.' Good fun.
Read more
Report abuse

Bekki Pate
5.0 out of 5 stars I really enjoyed this short story collection
Reviewed in the United Kingdom 🇬🇧 on May 23, 2016
Verified Purchase
I had the pleasure of meeting CL Raven a few months ago in Walsall, and I decided to give their books a go. I really enjoyed this short story collection, it appealed to the side of me that loves to be scared, that loves ghost stories, and also that they weren't like usual ghost stories - that sometimes we see the world from the point of view of the ghosts which I found really interesting.

The characters were full of Buffy-esque humour (I'm not sure if that was intended or not, but as a Buffy lover I enjoyed the jokey interactions between the protagonists of each story) and it was interesting to learn the practical side of ghost hunting, which features quite a lot in the stories.

Peter Germany
4.0 out of 5 stars Chilling, captivating, with a little sprinkle of humour
Reviewed in the United Kingdom 🇬🇧 on May 13, 2016
Verified Purchase
There are some very captivating and chilling tales here, but there's also a little humour here and there which I felt worked very well. There are a couple of the stories that left me wanting to know more. I also loved the imagery in this collection.
Read more
Report abuse

theresabruton
5.0 out of 5 stars Brilliant read
Reviewed in the United Kingdom 🇬🇧 on May 24, 2018
Verified Purchase
Loved this book! Another one that I couldn’t put down
Read more
Report abuse

Jules
5.0 out of 5 stars Excellent and horrifying
Reviewed in the United Kingdom 🇬🇧 on November 14, 2013
Verified Purchase
Really excellent - written by my favourite self-publishing authors - who never fail to deliver an exciting and horrifying story line. Can't wait for the next book!
Read more
Report abuse
See all reviews
Report an issue
Does this item contain inappropriate content?
Report
Do you believe that this item violates a copyright?
Report
Does this item contain quality or formatting issues?
Report