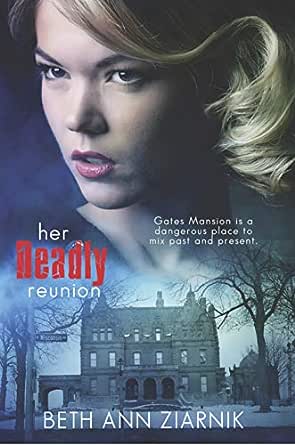 You've subscribed to Jill Shepherd Suspense! We will preorder your items within 24 hours of when they become available. When new books are released, we'll charge your default payment method for the lowest price available during the pre-order period.
Update your device or payment method, cancel individual pre-orders or your subscription at
Your Memberships & Subscriptions
There was an error. We were unable to process your subscription due to an error. Please refresh and try again. 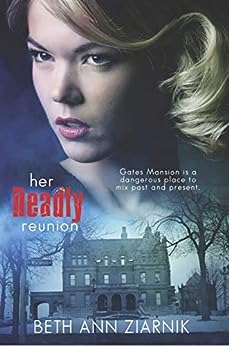 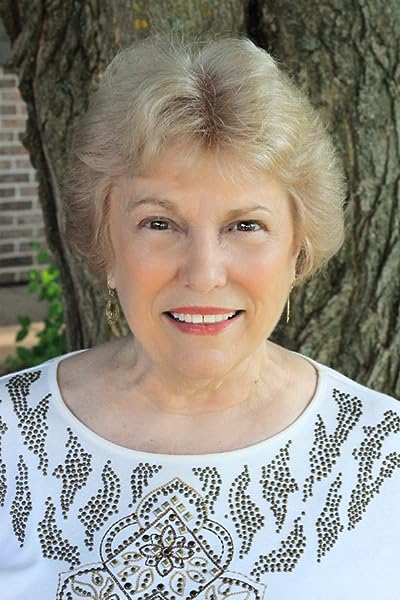 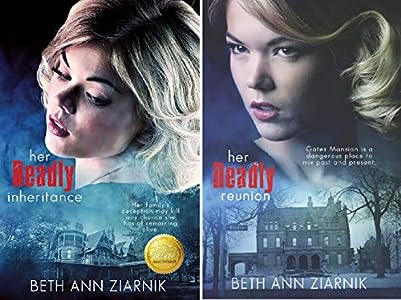 Beth Ann Ziarnik is an avid fan of romantic suspense. In Her Deadly Reunion, she again offers all the cliffhangers, twists and turns and romantic tension readers of the genre have come to love. Her debut novel, Her Deadly Inheritance, earned two awards: "Writer of the Year" at the 2016 Write-to-Publish Conference and the 2017 Selah Award for First Novel. She is co-founder of Word & Pen Christian Writers in northeast Wisconsin and a long-time member of American Christian Fiction Writers. --This text refers to the paperback edition.

4.6 out of 5 stars
4.6 out of 5
55 global ratings
How are ratings calculated?
To calculate the overall star rating and percentage breakdown by star, we don’t use a simple average. Instead, our system considers things like how recent a review is and if the reviewer bought the item on Amazon. It also analyzes reviews to verify trustworthiness.
Top reviews

linda galella
TOP 50 REVIEWERVINE VOICE
4.0 out of 5 stars Very good suspense novel with a decent romance
Reviewed in the United States on March 7, 2019
Verified Purchase
for even more fun ❤️ Beth Anne Ziarnik has created strong characters that are back in their second book for a new adventure. This is a stand alone story and not reading book one would not be a detriment as there is plenty of character development to support the story. Lots of literary tension and a finely woven plot line add to the enjoyment factor of this installment.

This installment is all about family relationships that go back Y E A R S for many of the characters. Unraveling those tangled memories becomes the clues by which the mystery of “Her Deadly Reunion” is solved. Jill’s father is very ill. Is someone purposefully trying to kill him? Is it Jill 🧐

Ziarnik could have devolved this story into a soap operaish mess but she took the high road. The characters are all believable, the dialogue is smart and the emotions are raw. The book falls into the inspirational category and there are prayers and concerns about eternal salvation that are “convenient”, at times; my only negative with this book.

Susan M. Baganz
5.0 out of 5 stars Love, Faith and Suspense at its best
Reviewed in the United States on March 27, 2019
Verified Purchase
It is with great joy that now I get to review her latest novel, Her Deadly Reunion, A Jill Shepherd Suspense Book 2 a sequel to the first novel Her Deadly Inheritance. Jill Shepherd is one of those characters that seems to find herself in difficult situations involving family!

She finally gets the chance to meet the father she's never met and thought was dead. The invitation though to spend the Christmas holiday at his home is not the Norman Rockwell dream any of us would hope for. Her fiance is unable to join her at first. She's turned away at the door and there's a snowstorm!

Once snuck inside by the devoted nurse, Alice, who extended the invitation, Jill is not met with gracious hospitality by the members of the household, but great disdain. Her father is gravely ill and thrilled to meet his daughter. His other daughters and mother-in-law are not quite as welcoming. One is willing to embrace her into the family even though their father had an affair (which produced Jill) after their own mother became psychotic after the second child was born.

Soon Jill begins to believe that someone is trying to kill John, her father, and Alice, the private nurse nurtures that fear. When her fiance Clay finally arrives, events are escalating and soon accusations are flying about just who is trying to kill the family patriarch? And why? This escalates the hostility and John Turner begs his youngest daughter, only recently reunited, to leave for fear that she is in danger, but just what kind of danger. Father is seeking to protect the daughter but the strong-willed daughter is bound and determined to save her father.

Clay is trying to keep them all alive and out of jail in the process. The author keeps you guessing just "who done it" and how, until the very end and once the mystery is resolved, faith blooms and reconciliation can occur... and just maybe a fresh new start for Jill and Clay. This is a well-written sequel that is hard to put down. I highly recommend it.
Read more
Helpful
Report abuse

The Voracious Reader
4.0 out of 5 stars Another Murder Mystery for Jill
Reviewed in the United States on March 19, 2019
Verified Purchase
Jill accepts the invitation to spend Christmas with the father she’s never met, but she arrives to find him ill. Clues that point to poison begin to emerge, which means someone is trying to kill him. Suddenly she is immersed in mystery and danger, and time may be running out for both her father and her.

I wondered at the title. Since Jill and her father have never seen each other, how could it be a reunion? Like the first book in the series, this one lacks that element of being pulled in to care deeply what happens to the main characters. I found Clay much more likable than Jill because she tends to make some illogical decisions. For example, spending so much time with her ex-fiancé while Clay was away just didn’t go with the woman of faith she seemed to be. Again, I knew who was trying to kill John Taylor. I didn’t like how the situation was solved in the book. People who hadn’t believed Jill before suddenly did and helped. Quite a few things in the book just didn’t seem logical to me. However, it wasn’t so bad I didn’t find it interesting.
Read more
Helpful
Report abuse

Kindle Customer
5.0 out of 5 stars Jill Meets Her Dad
Reviewed in the United States on November 9, 2019
Verified Purchase
Jill Shepherd has never met her father, but he has invited her for Christmas. She goes to meet him at his home with her boyfriend, Clay Merrick. Clay has to leave for business in Haiti. When she gets there no one in the huge house seems to want her there except Alice the nurse and her father. But her father is ill, and seems to get better and then worse. Is someone trying to kill him?
A challenging mystery and who to suspect? Fortunately Clay makes it back late Christmas day. Can they figure it out? Or will Jill be suspected? Very well written.
Read more
Helpful
Report abuse

Lowie
5.0 out of 5 stars Her Deadly Reunion
Reviewed in the United States on March 17, 2019
Verified Purchase
The first book was a page turner. This book is a page turner. I'm sure the next sequel will be a page turner. Her books are difficult to put down, once you begin to read. I've known this author as a friend, since 1986. It's amazing how she writes fiction to look so real. Thank you Beth.
Read more
One person found this helpful
Helpful
Report abuse

anon
4.0 out of 5 stars lovely christian romance with a bit of intrigue
Reviewed in the United States on August 26, 2019
Verified Purchase
a young woman finally gets a chance to meet her father and receives a poor welcome from his family. almost upon her arrival she is told someone might be trying to kill him. later it appears that she's been added to that list. her love of God, and His love for her gets her through it. her keen boy friend joins her as they attempt to unravel the mystery while keeping her father, and herself alive.
Read more
Helpful
Report abuse

Sheryl M. Baker
5.0 out of 5 stars Worth Waiting For!
Reviewed in the United States on December 24, 2019
Verified Purchase
I have waited for this book, the sequel to Her Deadly Inheritance, to be published and was not disappointed. Beth Ann Ziarnik nailed it again with her storyline, suspense, and cast of characters. An excellent read if you like mystery, suspense, and God moments.
Read more
Helpful
Report abuse

Ann Keeran
5.0 out of 5 stars A Christmas to Remember
Reviewed in the United States on February 8, 2019
Verified Purchase
Mysterious, thrilling, romantic and murderous with an underlying veil of spirituality. Jill Shepherd has finally found her father after a lifetime without him. When she arrives at his home she finds him in ill health and a household filled with enmity. Jill must find who is trying to kill her father.
Read more
Helpful
Report abuse
See all reviews

Wendy C
5.0 out of 5 stars Solid writing, great novel!!
Reviewed in Canada on March 21, 2019
Verified Purchase
Ms. Ziarnik has outdone herself again with this second book in the Jill Shepherd series!
I don't willingly forgo sleep for just any nvoel, but "choice" was almost negligible b/c I couldn't stop reading 😄
Stellar writing, well-developed characters, great storyline, and satisfying conclusion all work together to make this clean read a great contender in the rom/suspense category!
Loved it, looking forward to more of this author's work, and highly recommend!
Read more
Report abuse

Jean Gilbert
4.0 out of 5 stars Great read, full of faith and suspence
Reviewed in Canada on November 25, 2020
Verified Purchase
This was a great story, even better than the first full of suspense and wonderful message of forgiveness. Look forward to reading more by this author.
Read more
Report abuse
See all reviews