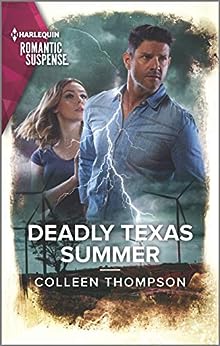 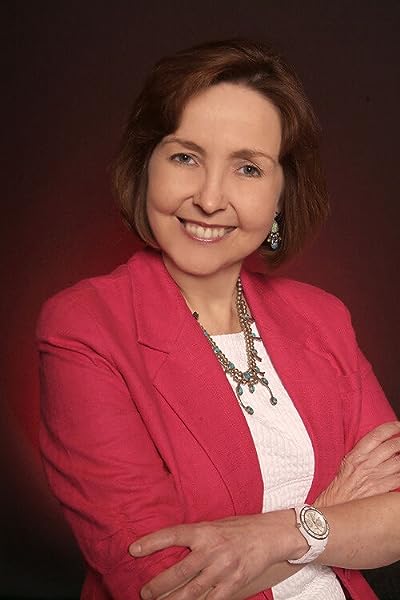 Colleen Thompson began writing the contemporary romantic suspense novels she loves in 2004. Since then, her work has been honored with the Texas Gold Award and nominations for the RITA, Daphne du Maurier, and multiple reviewers'choice honors, along with starred reviews from Romantic Times and Publisher's Weekly. A former teacher living with her family in the Houston area, Colleen can be found on the web at www.colleen-thompson.com. --This text refers to an alternate kindle_edition edition.

Kay Hudson
5.0 out of 5 stars Fast and tense
Reviewed in the United States on September 1, 2020
Verified Purchase
Colleen Thompson’s Deadly Texas Summer is a tense and fast-paced tale of romantic suspense. Wildlife biologist Emma Copley is studying the effect of wind turbines on endangered birds, but her project begins to unravel as she gets more and more threatening calls from her unbalanced ex-husband. When her research assistant is killed, Emma is sure her ex is somehow responsible, but the local sheriff pronounces the death an accident.

Beau Kingston, owner of the ranch who’s future may depend on the success of the wind turbines, doesn’t want to believe the researcher was murdered—he has a whole pile of other problems to worry about, including the sheriff, who is his cousin and rival for control of the ranch. But he finds it harder and harder to ignore Emma’s concerns—or Emma herself.

With the sheriff playing them against each other for his own reasons, Emma and Beau don’t know who to trust, but it’s so hard to resist their growing attraction to each other. With suspects mounting amid contradictory alibis, will Emma survive to discover the truth? Well, it’s a romance, folks. You can count on a happy ending. But getting there will be quite a struggle, with layers of suspense and mystery—and two irresistible little boys.
Read more
One person found this helpful
Helpful
Report abuse

A. Richard
5.0 out of 5 stars Grippingly suspenseful plus emotionally engaging
Reviewed in the United States on March 2, 2020
Verified Purchase
Mysteries abound in this very riveting story from Colleen Thompson, where facts that are thought to be known may not be as accurate as believed. I was immediately pulled into the lives of the two main characters, as several personal issues haunt them both. Emma is really trying to move past any concerns, while Beau also wants to work through his own share of troubles. When he becomes caught up in her dilemmas, their lives become even more complicated. I certainly never knew what direction any situation would go, as the author just kept creating more and more hurdles for this couple to overcome.

Her dedication to protecting birds that are being killed by wind turbines has Emma Copley working on a Texas ranch and trying out a new piece of equipment which might keep them safe. Upon finding her assistant dead at one of the turbines, the wildlife biologist feels certain he was murdered, yet the local county sheriff says it was suicide so there will be no further investigation. Emma is not willing to let a potential killer go unpunished, and despite what it might cost her, she keeps looking for any key information. Luckily, the ranch owner where the turbines are located is more inclined to help her, so she and Beau Kingston begin searching for any confirmation that will prove her theory.

There were numerous times when I did not know for sure what was actually a fact or if something was a falsehood, as the truth is concealed about a huge number of circumstances in this story. Whether an incident is related to the murder or if it has to do with what is happening in either Beau and Emma’s lives, one secret after another eventually comes to light about these matters, and many of their disclosures definitely came as quite a shock.

What Emma is having to live through is frequently frightening, as peril can occur at any time. I admired her for how she perseveres and does not give up regardless of what she faces. Beau has some tough decisions to make about his life, too, because of problems not of his making. As this couple attempts to work through the multitude of obstacles that keep plaguing their lives, having any type of relationship is also filled with lots of challenges. DEADLY TEXAS SUMMER is grippingly suspenseful plus emotionally engaging.
Read more
Helpful
Report abuse

Sugar
4.0 out of 5 stars Fast paced romantic suspense!
Reviewed in the United States on May 22, 2020
Verified Purchase
This was a fast-paced suspense novel that I really enjoyed. The book opens with Emma Copley, a professor and wildlife biologist, looking for her student and partner in her research project. When she finds him, she doesn't expect him to be dead. The sheriff in the town has a beef with his cousin who owns the land that the wind turbines are on, and the murder of Russel opens up a can of worms for Emma and Beau, the landowner.

Emma wants to work together with the sheriff to find Russell's killer, but the sheriff just wants her out of his town so he can focus on stealing the ranch from Beau, who he's convinced isn't a real Kingston. Unfortunately, he doesn't know Emma well enough and has no idea the lengths she will go to in order to avenge her students death and prove that it was her ex-husband who did the killing.

Beau is a single widowed dad who's busy raising two boys while trying to keep his ranch alive. He's been faced with the lawsuit brought on by his cousin, the new wind turbine contract he signed to keep his ranch alive, and now a murder on his land. What really has him confused are his feeling for Emma Copley. The beautiful, but obviously broken, woman needs help and Beau plans to be the one to offer it. Only to the extent that gets the murder solved and her off his land before he does something he'll regret.

The romance part of this romantic suspense was a bit of a stretch until about 60%, which I'm finding more and more common in a genre that starts out with the word 'romantic.' I wish the relationship between Emma and Beau had been better explored. They got in their own way all the time rather than fight through their demons in a constructive way. The author didn't tell us how several things happened at the end, but the HEA for Emma and Beau was worth it!

The proofing errors in this book were off the charts. I know that's not the author's fault, but Harlequin needs to take another look at this one because it was distracting how many simple proofing errors there were.

With all of that said, would I recommend this book to a friend? Yes! I loved the mystery/suspense of the story, the characters, especially Aunt Alicia, Cort, and Leland. Two sweet puppers who make the story fun, and a bunch of bad guys that you can't help but want them to find their way into a jail cell. If you're looking for a strong suspense novel with a vein of romance running through it, you'll love Deadly Texas Summer.
Read more
Helpful
Report abuse
See all reviews