Add to Cart
$15.09
& FREE Shipping on eligible orders. Details
Sold by: Amazon.com
Have one to sell?
Sell on Amazon 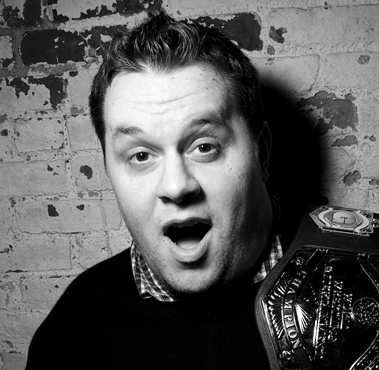 Deadpool: The Ones With Deadpool Paperback – February 10, 2015

Start reading Deadpool: The Ones With Deadpool (Deadpool (2012-2015)) on your Kindle in under a minute.

4.7 out of 5 stars
4.7 out of 5
18 customer ratings
How does Amazon calculate star ratings?
Amazon calculates a product’s star ratings based on a machine learned model instead of a raw data average. The model takes into account factors including the age of a rating, whether the ratings are from verified purchasers, and factors that establish reviewer trustworthiness.
Top Reviews

This volume collects various standalone issues which leads to a bit of mixed bag. Fortunately the stories are usually good and sometimes very good!

Deadpool Annual #1 contends for the best issue in the collection. Annual #1 is situated between Deadpool - Volume 1: Secret Invasion and Deadpool, Vol. 1: Dead Presidents and reveals the backstory behind the white thought captions that appear in panels of Deadpool comics. The insane, madcap, and slightly bittersweet story of the visualization of split personalities guest stars Thor, Luke Cage, as well as Daredevil set against a thoughtful reflection on New York City. 5-star story

Deadpool Annual #2 is a solid entry especially for Spider-Man fans. Spidey and Deadpool team up to foil the Chameleon. This issue is a classic team-up and was especially memorable for the costume swapping antics. 4-star story

Bi-Annual #1 stumbled significantly when Deadpool is hired to defend the Marvel-verse version of Sea World from a "Brute Force" (a nano-tech powered group of animals that liberate regular animals from Sea World). For this reader, the humor fell flat and the action seemed especially unimportant. Agent Coulson and the nod to TV's Marvel's Agents of S.H.I.E.L.D.: Season 1 save this issue from total failure. 2-star story.

Death of Wolverine: Deadpool & Captain America #1. The tie-in with Death of Wolverine works brilliantly (if you read the Death of Wolverine series). Deadpool and Cap are scouring Wolverine's DNA to make sure no nefarious forces attempt to resurrect Wolverine for evil purposes. A covert op against an AIM facility in Moscow centers the issue and the Cap/Deadpool team-up is funny. The issue pays tribute to Wolverine's memory. The ending of this issue is not to be missed! 5-star story.

This collection is for the Deadpool fans out there. There is no overarching story to tie these issues together, but each issue generally offers fans of Deadpool something entertaining. Marvel fans who read Wolverine or other X-Men titles will want to read the "Death of Wolverine" tie-in.

joel wing
TOP 500 REVIEWER
3.0 out of 5 stars Uneven mix of DP comics
Reviewed in the United States on December 22, 2018
Verified Purchase
The Ones With Deadpool is a literal throw together, a hodge podge, a party mix of comics. There’s the Deadpool Bi-Annual where DP can’t kill Madcap. Not a real fan of that character. Then Deadpool Annual 2 where DP and Spider-Man hook-up to catch the Chameleon. Deadpool Bi-Annual #1 is truly hilarious where Wade is hired by an animal park to protect it from a group of mutant animals set on animal liberation. Was that enough animals for you? Finally there’s Death of Wolverine where an aging Captain America and Wilson try to take care of the legacy of Logan. Have to say the comics are up and down. All but one are included in other Deadpool collections as well.
Read more
Helpful
Comment Report abuse

vince west
5.0 out of 5 stars Deadpool: The Ones With Deadpool...
Reviewed in the United States on February 19, 2015
Verified Purchase
4 great very funny stories. 1) While on a job in Hell's Kitchen ends up seeing a huge super hero battle and meeting a new bad guy with healing powers too called Madcap. Thor accidently uses too much lightning against Madcap while close to Deadpool and fuses them together. They have to find a way to get back in their own bodies. 2) Deadpool finds Spiderman possibly losing his mind fighting a shapeshifter. To help Spidey he has to become Spidey web shooter and all. 3) Deadpool is hired to protect amusement parks from a small army of modified animals into transformer like soldiers freeing animals everywhere. He learns he might be fighting on the wrong side. 4) A very old Steve Rogers needs Deadpool's help getting back a dead Wolverine's DNA from a mysterious group before they clone him.
Read more
One person found this helpful
Helpful
Comment Report abuse

Prasaja Mukti
5.0 out of 5 stars Fun thing to read over a weekend
Reviewed in the United States on May 31, 2018
Verified Purchase
I read deadpool because he is the silly anti hero with but and great one liner. Even with cheesy line. This is why I love it
Read more
Helpful
Comment Report abuse

Pete A
5.0 out of 5 stars Deadpool Greatest Hits
Reviewed in the United States on March 12, 2016
Verified Purchase
Deadpool teamed up with a REALLY OLD Captain America (along with a way for Deadpool to resurrect the VERY DEAD Wolverine) is just one of a bunch of amazing Deadpool adventures.
Read more
Helpful
Comment Report abuse

Roman Katz
5.0 out of 5 stars Five Stars
Reviewed in the United States on June 8, 2016
Verified Purchase
you should read this
Read more
Helpful
Comment Report abuse

karen Tissington
5.0 out of 5 stars Five Stars
Reviewed in the United Kingdom on April 14, 2016
Verified Purchase
Happy. With the itam
Read more
Helpful
Sending feedback...
Thank you for your feedback.
Sorry, we failed to record your vote. Please try again
Report abuse

ginga
5.0 out of 5 stars Five Stars
Reviewed in the United Kingdom on May 25, 2015
Verified Purchase
Spot on
Read more
Helpful
Sending feedback...
Thank you for your feedback.
Sorry, we failed to record your vote. Please try again
Report abuse

Page 1 of 1 Start overPage 1 of 1
This shopping feature will continue to load items when the Enter key is pressed. In order to navigate out of this carousel please use your heading shortcut key to navigate to the next or previous heading.
Back
Next
Pages with related products. See and discover other items: marvel comics trade paperback