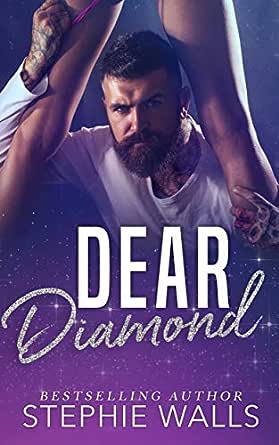 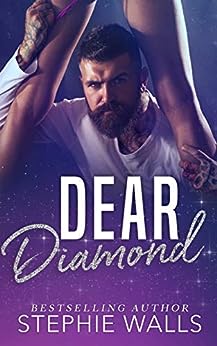 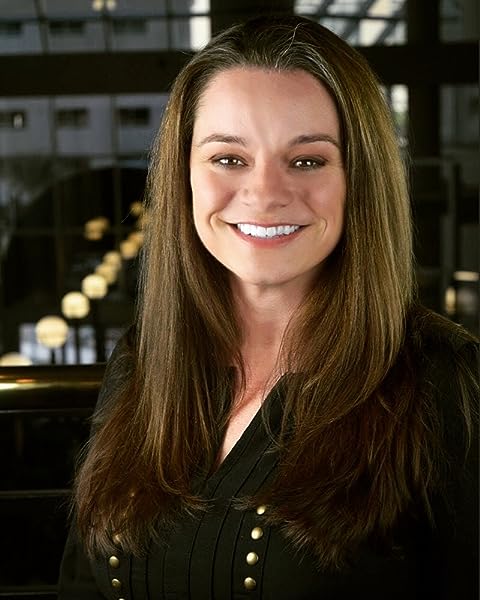 "Raw and Edgy. Dear Diamond grabs you on page one and holds you hostage right up until the end." Angela James, Goodreads

"The story was so well written I was hooked from the very beginning." A Book Lovers Emporium

"Dear Diamond is something a little different from Stephie Walls! I have loved all her past offerings, and couldn't wait to see what this was about! Dear Diamond is a little darker, a little bit edgier and a whole lot of awesomeness." Rebecca Abrook, Goodreads

"The characters still haunt me today, in a good way. I miss them, I want to be their friend and have their story never end." Denise Wells, Author


"I loved this book. It was a bit steamier than other books by this author. It was hot and intense. The writing was superb. I couldn't put it down!" Mandi, Goodreads

"Dear Diamond is an unputdownable read filled with a swoon-worthy alpha-male, an edge of danger, and the perfect amount of steam." Stevie J. Cole, Author

"There are good books, great books, and then there are Stephie Walls' books. It doesn't matter what she writes about, it'll leave you desperate to keep reading. Dear Diamond is undoubtedly one you can't put down." Leddy Harper, Bestselling Author

Nancy Reads
5.0 out of 5 stars Diamond is a STAR
Reviewed in the United States on November 19, 2018
Verified Purchase
I have read almost all of the books written by Stephie Walls, but after reading DEAR DIAMOND, I must say it is an entirely different book from any of her others. When I first started reading, I actually turned back to the title page to make sure she was the author. I was drawn into the story from the first page, and even stayed up late to finish the book in one day. It really was that good!

On the west side of Dacon, Illinois, the Union 21 was run by the Silvano family and they controlled the entire place. Ryker Davis grew up there, but never wanted any part of Union 21. Unfortunately, his best friend since they were babies, was Chase Silvano. Being a Silvano in this world was like being royalty. Chase's grandfather Jesse was the king of the Silvano clan, making Chase second in the line to the throne. Ryker's affiliation with the Silvanos had not worked well for his future plans of leaving there, or any of the dreams he had worked hard to earn. He had been stuck remaining there and forever tied to the Silvano family.

Ryker was to attend a bachelor party for his best friend Chase. He hated that it was at Club Swank. A strip club run by Union 21, and wasn't his kind of scene. He was at the bar having a drink, when a new girl took the stage. Her name was Diamond and he had not a clue why but she intrigued him. He did know that if she was on Swank's stage that she was in deep trouble with U21. He had never crossed any of the Silvano family, but he knew for this girl he would make a stand at whatever cost. He also knew that no doubt that cost would be very high.

It wasn't long until Ryker had to make a stand to rescue Diamond. And as they rode away with her on the back of his bike, their fate was aligned. Their stars had crossed, and now she had to trust him. What was a girl like her doing in a place like that? Did he rescue every damsel in distress? Her real name was Nikki Wilson and she was young, a bit immature, and in more trouble then she even knew. By helping her, he now was in danger from the very people that he considered family. Their souls touched. Their spirits bonded. She had fallen into the safety net of a man who appeared more dangerous than explosives, but had the heart of a warrior. The cards still seemed permanently stacked against them.
Read more
5 people found this helpful
Helpful
Comment Report abuse

Leddy Harper
5.0 out of 5 stars Gritty. Intoxicating. Page turner.
Reviewed in the United States on November 20, 2018
Verified Purchase
I couldn’t put this book down. It starts off with a bang and the adrenaline carries through the entire book. There are good books. There are great books. Then there’s Dear Diamond. Ryker stole my heart from the very beginning. What I wouldn’t do to have an alpha like Ryker in my life!! And Diamond/Nikki. Ahhh! Talk about a rockstar! I wanted to BE her! Another must read by Stephie Walls!
Read more
4 people found this helpful
Helpful
Comment Report abuse

Brittany Hively- Book & Babble
3.0 out of 5 stars Not bad.
Reviewed in the United States on April 16, 2019
Verified Purchase
I can't remember the exact way I found Dear Diamond. I think it may have been a recommendation somewhere across social media, but I did and it looked good and people were raving about it, so I grabbed it up!

I was immediately sucked into the story and felt a connection to the characters and their story. It was a whirlwind of a story.

I love angst. If you can give me a book full of angst, I will most likely fall in love with it. This book had angst, it did. However, I felt like all of the angst was built up and did not lead to the dynamic climatic point that I was suspecting from the buildup. Which was slightly disappointing.

I still enjoyed the story. I felt like the last bit of it was more of an extra epilogue, which is fine. Overall, it was a good read and I look forward to more of Stephie Walls books in the future.
Read more
Helpful
Comment Report abuse

Katie Jones
5.0 out of 5 stars Speechless
Reviewed in the United States on December 8, 2018
Verified Purchase
I absolutely loved this book! "Diamond" is such a bad ass and I felt for her with her relationship with her mom. Can I have my own Ryker?! Things were rough in the beginning with him, but damn did he immerse himself in my heart. No spoilers, but the ending was absolutely perfect! If you haven't read this yet, you've got to! Stephie did a phenomenal job on this book!
Read more
Helpful
Comment Report abuse

Amazon Customer
5.0 out of 5 stars Stephie does it again!
Reviewed in the United States on December 18, 2018
Verified Purchase
I'm honestly in awe of how Stephie pulls readers into her stories and makes you fall for the characters. Every book is a quick read because you are unable to put it down once you start! Thanks Steph for another great story!
Read more
Helpful
Comment Report abuse

Rebecca A
5.0 out of 5 stars Another great one!
Reviewed in the United States on November 22, 2018
Ryker Davis is best friends with Chase Silvano and has been for many years. Their association landed Ryker in jail and a connection to the gang Union 21 which he has tried to avoid at all costs. When he goes into Club Swank he sees a girl there that he knows he wants to protect and have.

Nikki "Diamond" Wilson has always kept on the good side of things but now she finds herself having to pay for the things her mom has done. Now she must work at Club Swank to pay back Jessie Silvano the money her mom stole from him through drugs. Nikki knows how long it will take to pay him off as long as her mom stops adding to the debt.

When Ryker steps in to protect Nikki from Sam, one of Jessie's employees, things begin to get heated. Is Ryker willing to risk everything for Nikki and will she accept what he is willing to do for her?

This is another great book by the author!

I really liked Ryker and it was sad at how much he lost in one night and he was innocent. There was something about "Diamond" that drew him in and once he heard what was happening with her, he knew he had to protect her.

Nikki was stuck in such a bad place and it had nothing to do with her. I was so mad that she was being forced to repay her mom's debt and that her whole life had to change because of it. I understood why she was so scared that Ryker was going up against Sam as she knew what kind of trouble it could get her in with Jessie.

I loved when Nikki met Ryker's parents and just how normal everything seemed at that point.

I was mad at Nikki for sneaking out as it landed her in trouble with Sam and then when she decided to go to her mom's on her own it made me so frustrated!!

The end was awesome and I am so glad how it all turned out!!
Read more
2 people found this helpful
Helpful
Comment Report abuse
See all reviews