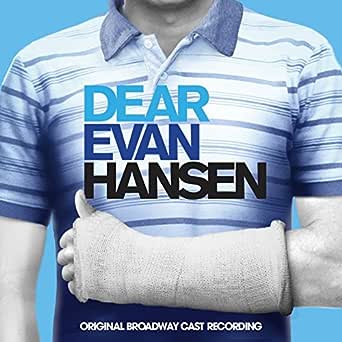 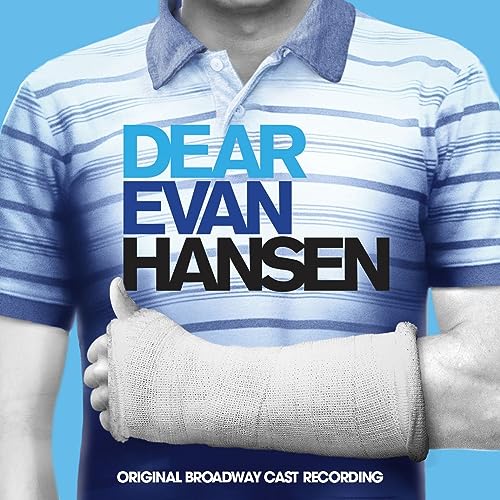 4.8 out of 5 stars
4.8 out of 5
1,455 global ratings
How are ratings calculated?
To calculate the overall star rating and percentage breakdown by star, we don’t use a simple average. Instead, our system considers things like how recent a review is and if the reviewer bought the item on Amazon. It also analyzes reviews to verify trustworthiness.

Quaker
5.0 out of 5 stars A Singular Performance Captured Beautifully
Reviewed in the United States on March 1, 2017
Verified Purchase
In a season filled with outstanding musicals, Dear Evan Hansen seems like a shoe-in to win this year's Tony Award for best new musical. Composers Benj Pasek and Justin Paul teamed with stellar librettist Steven Levenson and musical director Alex Lacamoire to produce a singular and completely original work of beauty, and Lacamoire has done a masterful job of capturing it in this original cast album.

In the stage production, Ben Platt delivers what might be the greatest individual performance ever on a musical theater stage, portraying Evan, a teenager struggling to cope with crippling social anxiety. Pasek and Paul break musical conventions by handing the character a blockbuster first solo number, "Waving Through A Window." It's a beautiful song that showcase's Platt's effortless tenor while dragging you in and setting up all that follows.

In the musical, Levenson's dialog combines humor and suspense to unfold a plot in which Evan gets tangled up in a painful lie with the parents of another troubled boy, Connor Murphy. Unable to admit his own dark truths, Evan keeps digging himself deeper in a script that channels the best writing of Alfred Hitchcock. It's astonishing to watch, and while the dialog is not part of the cast album, Lacamoire has done a masterful job of capturing the tensions and beauty of the performances in this recording.

Listen for example to "For Forever," the song in which Evan is trapped into fabricating the fake backstory of his friendship to Connor's parents. It's a beautiful, hopeful, soaring song capturing Evan's dream of what a real friendship might be, while allowing him to reinvent the painful truth of how he broke his arm; but every time Evan starts to lie, an electric guitar enhanced with reverb and delay provide a haunting suggestion that something's not right.

As the lie ultimately collapses in the second act song "Words Fail," Platt somehow manages to have a complete breakdown while singing on stage. It's a tour de force, and it is lovingly captured here for posterity. Platt surely will walk away with the Tony Award for lead in a musical, and soon after this recording is all we'll have left to remember his astonishing performance.

As for Pasek and Paul's songwriting, you aren't human if you can keep a dry eye through Rachel Bay Jones' heart wrenching rendition of "So Big/So Small," a mother's apology to her son for having "come up short a million different ways," but promising to always be there for him. Here again, Lacamoire's restrained acoustic arrangement is perfection, allowing Jones' love and despair to transmit to the recording.

The "supporting roles" in this cast are not to be ignored, particularly the more "minor" roles such as Evan's fellow students. They are all exceptional singers, and they blend to lift songs such as Waving Through a Window, You Will Be Found, and Finale.

I wish everybody could see this show, but it's a comfort to know that this cast recording has captured the essence so beautifully for generations.
Read more
48 people found this helpful
Helpful
Report abuse

William S. Oser
5.0 out of 5 stars Best New Musical in many a moon!
Reviewed in the United States on March 11, 2017
Verified Purchase
I would like to join several other reviewers who are proclaiming this score the best new score in a long time. Someone else suggested Next to Normal as a point of reference for the last truly great Broadway score, and I can't disagree. This is where the very talented Benj Paskek and Justin Paul have been headed since they debuted with Dogfight which suggested the heights of greatness they were capable of but didn't quite get us all the way. The characters, as revealed in the musical score (I have not seen the show, but trust me I can't wait) are emotionally honest and take the listener from unbelievably exhilarated (For Forever and To Break in a Glove) to Gut Wrenching (Good For You, Words Fail) and in a final mixture of despair and wishful hope, So Big/ So Small. I am completely blown away by this score.

To fully grasp how excited I am, I have to mention a recent experience with another teen age angst musical, Jason Robert Brown's 13. In preparation for seeing 13 I bought and listened to the cast album. I HATED it, found the behavior of the characters bordering on out and out bullying. I found the show plays a bit better than the CD because the book softens some of the incredibly obnoxious actions and when you are looking at a group of sweet faced youngsters, it becomes possible to overlook some of their worst actions.

Dear Evan Hanson portrays characters caught up in social anxieties of the day, more comfortable talking to someone through a computer or cell phone than face to face, but basically decent people who would like to be better than they are. That is the emotional richness that Pasek and Paul serve us. At this moment I find it hard to imagine that this score will not win the Tony and if the entire show is as good as the score, Best Musical of the Year. I haven't been this excited by a new musical in a very very long time. Hamilton which has excited many others simply is not my cup of tea, the musical styles do not fit me. Now that I think of it, Dear Evan Hanson might be the greatest entirely original musical ever written. Almost all of the greatest musicals started from previous source material.
Read more
13 people found this helpful
Helpful
Report abuse

redsoxfan
5.0 out of 5 stars Beautiful and relatable, a gut-wrenching but hopeful view of today's world
Reviewed in the United States on April 12, 2017
Verified Purchase
I had Hamilton on repeat until I discovered Dear Evan Hansen. The two shows could not be more different, but what they share in common is their pure genius. If you are a teen, if you've ever been a teen, if you are a parent (especially the parent of a teen), this cast recording, this show is for you. #youwillbefound
Read more
14 people found this helpful
Helpful
Report abuse

DJDavis
5.0 out of 5 stars Wonderful modern musical
Reviewed in the United States on August 10, 2018
Verified Purchase
Fantastic. Good storyline, even if, as my father says, "it's a bit juvenile" - but I found it to be relatable for me and my 17 year old son. The songs are beautifully written and masterfully performed. If you love musicals, I think you'll love this. Even some friends who aren't into musicals really liked this. It's refreshing to see a new musical that's focused on the issues of social media and how people interject themselves into others lives to feel a part of something, while safely not having to be seen, and how awkward it can get when you step out from behind the keys. I would highly recommend looking up the basic storyline online before listening, because the story is not really explained from just the songs, as this is a musical with spoken parts, whereas most musicals the entire story is in song. I listened to it without knowing what was happening and still loved it, but was confused about what the heck happened lol thank goodness the internet was there to sort me out!
Read more
3 people found this helpful
Helpful
Report abuse
See all reviews

Cliente Amazon
5.0 out of 5 stars You will be found
Reviewed in the United Kingdom on March 25, 2018
Verified Purchase
Awesome. Great musical that is not afraid to speak about dark themes such as depression, suicide, feeling alone and sad, feeling invisible, relationships between chindren and their parents and how difficult but at the same time how important communication is. It teachs you about hope and that you are not alone, to ask for help if you need it. Great cast and great songs. My new obssesion.
Read more
5 people found this helpful
Report abuse

Bookie
3.0 out of 5 stars Hmm
Reviewed in the United Kingdom on December 4, 2018
Verified Purchase
Heard the show was coming to the UK so thought I’d listen to soundtrack before deciding whether to get tickets. I haven’t yet managed to listen to the whole thing. It’s typical broadway shouty duets. I will persevere and try another time but I won’t be first in line for tickets
Read more
3 people found this helpful
Report abuse

JJ
5.0 out of 5 stars Musical nerd says yes!!
Reviewed in the United Kingdom on February 17, 2021
Verified Purchase
Bought as gift for 14 year old musical obsessed child. She says it's fantabulous.

So guess she likes it!
Read more
One person found this helpful
Report abuse