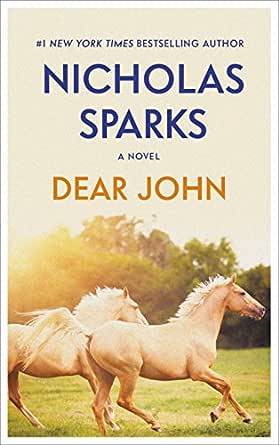 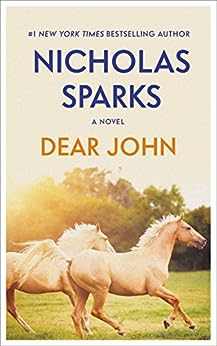 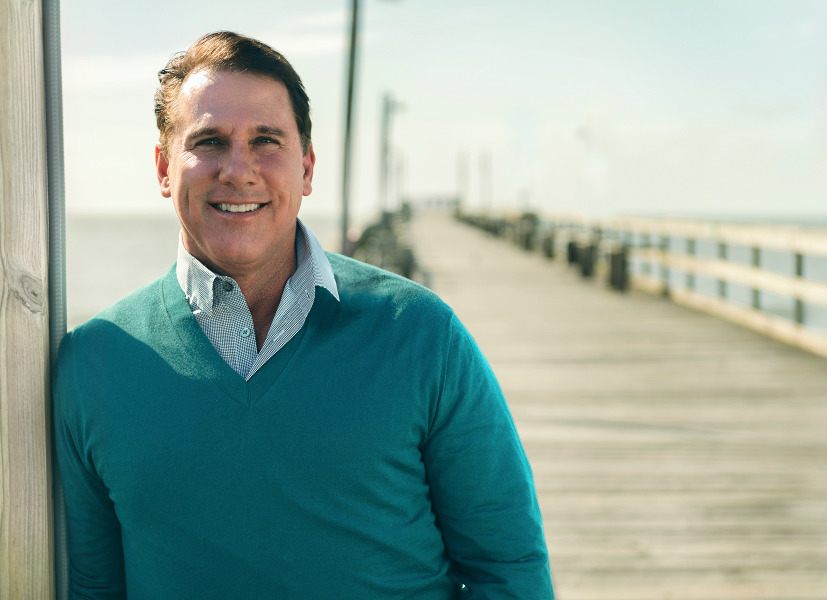 With over 100 million copies of his books sold, Nicholas Sparks is one of the world's most beloved storytellers. His novels include fifteen #1 New York Times bestsellers, and all of his books, including Three Weeks with My Brother, the memoir he wrote with his brother, Micah, have been New York Times and international bestsellers, and were translated into more than fifty languages. Eleven of Nicholas Sparks's novels--The Choice, The Longest Ride, The Best of Me, Safe Haven, The Lucky One, The Last Song, Dear John, Nights in Rodanthe, The Notebook, A Walk to Remember, and Message in a Bottle--have been adapted into major motion pictures. --This text refers to the mass_market edition.

An angry rebel, John dropped out of school and enlisted in the Army, not knowing what else to do with his life--until he meets the girl of his dreams, Savannah. Their mutual attraction quickly grows into the kind of love that leaves Savannah waiting for John to finish his tour of duty, and John wanting to settle down with the woman who captured his heart. But 9/11 changes everything. John feels it is his duty to re-enlist. And sadly, the long separation finds Savannah falling in love with someone else. "Dear John," the letter read...and with those two words, a heart was broken and two lives were changed forever. Returning home, John must come to grips with the fact that Savannah, now married, is still his true love--and face the hardest decision of his life.

Go Behind the Scenes of the Motion Picture Dear John (Sony Pictures, 2010)
Starring Amanda Seyfried and Channing Tatum
(Click on each image below to see a larger view)

John Tyree is on the fast track to nowhere. At 20 he has no real relationship with his strange and dispassionate father, no attachments to anyone else, and no job, so after breaking up with his girlfriend, he decides to join the army. Military life does alter him, yet he remains disconnected. While home visiting his father in Wilmington, North Carolina, however, he meets Savannah Curtis, a college coed who is everything he is not. A warm, morally straight-ahead woman with a commitment to special education, she captures John's heart and he hers. In the short time they spend together, he opens up to Savannah and true love develops as they plan for a future. Then September 11 changes everything. John feels that it is his duty to renew his commitment to the army, while Savannah wants him home with her. The good soldier now lives in dread of receiving a "Dear John" letter. Sparks, a perennially popular novelist whose name is synonymous with romance and bittersweet endings and whose work translates so readily to movies, lives up to his reputation with his latest novel, a tribute to courageous and self-sacrificing soldiers. Patty Engelmann
Copyright © American Library Association. All rights reserved --This text refers to an alternate kindle_edition edition.

Holter Graham provides what sounds like effortless narration in the uncommon love story of 23-year-old rebel John Tyree, army enlistee, and Southern belle Savannah Lynn Curtis. Savannah must cope with John's anger when she tries to tell him that his father isn't "slow," as he's always thought, but instead has Asperger's syndrome. Graham's depiction of Savannah's calm confidence as she explains to John why his father fixates on coin collecting and needs repetitive routine to function well is compelling. Graham captures the theme of mutual attraction and conflicting values with subtle vocal nuances, strong pacing, and controlled timing. His deft narration carries the story to a surprising conclusion that listeners won't want to miss. G.D.W. 2007 Audies Award Finalist © AudioFile 2007, Portland, Maine-- Copyright © AudioFile, Portland, Maine --This text refers to an alternate kindle_edition edition.

'I have to admit to never having read anything like this before - that is about to change. I wonder if all his stories are as heart-wrenching as this one' SUFFOLK JOURNAL 'We have a soft spot for Nicholas Sparks ... his stories are a reminder of the man we wish our boyfriends could be' **** HEAT 'Very moving.' CLOSER --This text refers to an alternate kindle_edition edition.

In the days following Sept. 11, 2001, hardly anyone, not even the late night comedians, knew what to say. Now, more than five years later, the roster of books and films addressing 9/11 and its consequences has grown long. There are explorations of religion and foreign policy, memoirs of life on the 21st-century battlefield, depictions of global culture, investigations, predictions and elegies. With Nicholas Sparks's contribution to the list, Dear John, we see our political climate in yet another light: candlelight, maybe. Or moonlight.

Narrator John Tyree is a wayward son of Wilmington, N.C., reformed first by the service (he seems to shed most of his rebelliousness at boot camp) and later by love. John meets Savannah Lynn Curtis while home on leave, in June of 2000. Savannah, a rising senior at UNC, is spending her summer building houses for those without. The couple share two fleeting weeks -- including an innocent scene under a half-built roof that's as big-screen-ready as they come -- before John must return to his post in Germany. For more than a year, he pines and she endures, counting the days until he will be honorably discharged.

Then the Twin Towers fall. Rather than returning to his love, John reenlists. In January 2003, his unit is sent into Turkey, then transferred to Kuwait. In March, he takes part in the invasion of Iraq. While John's days play out in the desert (when asked about his time there, all he mentions is the sand), Savannah must face her own unlucky destiny. Finally, with the death of John's father, whose somewhat unbelievable tale provides the main subplot of the book, the two are reunited and left to sort things out amid their tears and ours.

It isn't hard to picture John Tyree. We can simply imagine his predecessors, men in uniform staring pensively from earlier wartime romances. Apart from the occasional detail -- e-mail, cellphone, Outback Steakhouse -- Dear John could take place in any modern American era. For Sparks, weighty matters of the day remain set pieces, furniture upon which to hang timeless tales of chaste longing and harsh fate. Only in a novel such as this could we find our political buzzwords -- peacekeeping, IEDs, hurricane relief -- interspersed with these sentiments: "And when her lips met mine, I knew that I could live to be a hundred and visit every country in the world, but nothing would ever compare to that single moment when I first kissed the girl of my dreams and knew that my love would last forever."

There's a reason, after all, they call it escapism.

Reviewed by Margaux Wexberg Sanchez
Copyright 2006, The Washington Post. All Rights Reserved. --This text refers to an alternate kindle_edition edition.

Hot on the heels of True Believer and sequel At First Sight, Sparks returns with the story of ne'er-do-well-turned-army-enlistee John Tyree, 23, and well-to-do University of North Carolina special education major Savannah Lynn Curtis. John, who narrates, has been raised by a socially backward single postal-worker dad obsessed with coin collecting (he has Asperger's syndrome). John bypasses college for the overseas infantry; Savannah spends her college summers volunteering. When they meet, he's on leave, and she's working with Habitat for Humanity (he rescues her sinking purse at the beach). John has a history of one-night stands; Savannah's a virgin. He's an on-and-off drinker; she's a teetotaler. Attraction and values conflict the rest of the summer, but the deal does not close. Savannah longs for John to come home; her friend Tim longs to have a relationship with her. On the brink of John and Savannah's finally getting together, 9/11 happens, and John re-ups. Savannah's letters come less and less frequently, and before you know it, he receives the expected "Dear John" letter. Sparks's novel brims with longing. (Oct. 30)
Copyright © Reed Business Information, a division of Reed Elsevier Inc. All rights reserved. --This text refers to an alternate kindle_edition edition.

For Sparks, weighty matters of the day remain set pieces, furniture upon which to hang timeless tales of chaste longing and harsh fate.

Sparks, a perennially popular novelist...lives up to his reputation with his latest novel, a tribute to courageous and self-sacrificing soldiers.