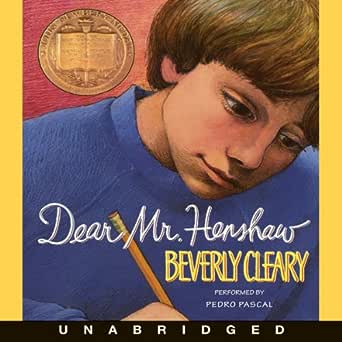 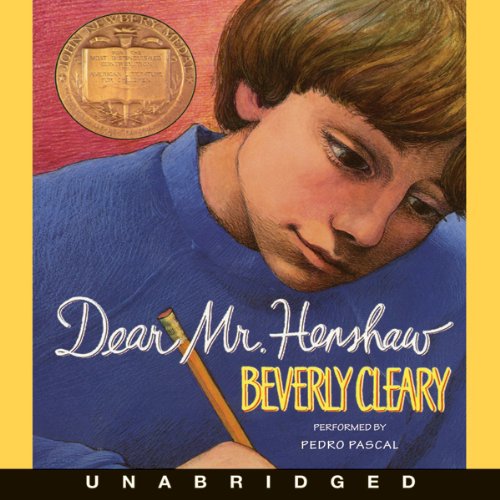 4.7 out of 5 stars
4.7 out of 5
418 global ratings
How are ratings calculated?
To calculate the overall star rating and percentage breakdown by star, we don’t use a simple average. Instead, our system considers things like how recent a review is and if the reviewer bought the item on Amazon. It also analyzes reviews to verify trustworthiness.
Top reviews

Jeremy Rodden, Author
5.0 out of 5 stars 35 years old and this book is just as good now as when I was 8!
Reviewed in the United States on May 15, 2017
Verified Purchase
Why I Think Boys May Enjoy This

I decided to review this book as the first one on my Books for Boys blog for a very personal reason: this is the book I recall that both got me in love with reading and also made me want to be a writer. In preparation for this review, I reread the book to see how different it is with 35 year old eyes instead of 8 year old eyes and this is what I learned:

I am still Leigh Botts, but grown up. In one of the first letters, Leigh wrote “when I grow up I want to be a famous book writer with a beard like you.” And that’s what I became! Also, I remembered a major reason why I felt this story connected with me as a youth. Leigh’s experience with a hard-working single mother and an often absentee (but likable) father mirrored my childhood exactly. Cleary handles this situation that has become more and more common in complex family structures and does such an amazing job of filtering it through the eyes of a middle school boy.

I also think that the first-person perspective and epistolary (meaning, a series of letters presented as a story) makes the material extremely accessible to any young reader. Further, it handles very challenging pre-teen situations such as divorce, being a new kid at school, & being bullied (his special lunch foods being stolen repeatedly) with a finesse that makes you feel like it actually was written by a sixth grade boy. She even does a great job of demonstrating some of the angsty rage that ebbs and flows in such a person throughout the book.

This book is more than appropriate for anyone even younger than middle school. Since it is written in first-person from Leigh’s perspective, the language selection and sentence complexity are simplified as well. This adds to both the realism of the book and the ease of accessibility.

Obviously, as is well known with an author like Beverly Cleary, there is no age inappropriate content to scare away parents that might be concerned about such things. The most difficult emotional material stems around the divorce and broken promises by Leigh’s dad, but you can tell by the end of the book that Leigh is well on his way to accepting the positive aspects of his father along with understanding his shortcomings.

DanburyBowhunter
1.0 out of 5 stars Great book.. terrible Kindle experience - Part IV
Reviewed in the United States on August 30, 2019
Verified Purchase
Had to download this thing daily. Sometimes 2-3x per day. It would not stay on our Fire 7. Amazon help is about worthless as the only place this is even addressed is in the device forum. The suggested fix did not fix. Why does there even need to be a fix? I paid money and download. Should be done. Why would a device and/or system delete something I've download w/o my knowledge or intervention. We downloaded this for summer reading requirements. In the future we will skip Kindle books and go old school regular books. Those don't return themselves!
Read more
One person found this helpful
Helpful
Comment Report abuse

DJ Faz
VINE VOICE
5.0 out of 5 stars Classic
Reviewed in the United States on January 22, 2020
Verified Purchase
I bought this for my niece's son who loves to read. When I was in elementary school (many, MANY years ago), Dear Mr. Henshaw was a favorite book of mine. I was happy to see that it's still in print.
Read more
One person found this helpful
Helpful
Comment Report abuse

Robert Mark Genevro I
4.0 out of 5 stars Not Your Dick and Jane Book
Reviewed in the United States on December 12, 2019
Verified Purchase
I recommend this Young Readers book because of the honesty of a boy living in a single -parent home. He misses his father. He wonders if his parents will reunite. He thinks he is the reason they divorced.
The book also encourages youth to write and journal.
Read more
Helpful
Comment Report abuse

Oli
5.0 out of 5 stars Enjoyed :)
Reviewed in the United States on October 5, 2020
Verified Purchase
I enjoyed reading the book as an adult. This was the book that got me to love reading when I was a child. Rereading was interesting... I definitely took away some lessons as an adult that I might have missed as a child.
Read more
Helpful
Comment Report abuse

Kindle Customer
5.0 out of 5 stars Good way to get kids talking
Reviewed in the United States on March 1, 2016
Verified Purchase
Fantastic book. Sparked many conversations with my 9 year old daughter about divorce, family, perseverance, finding your own way, and growing up in general. She really enjoyed reading it. The audible version is also very good. The narrator does a terrific job.
Read more
3 people found this helpful
Helpful
Comment Report abuse

Mohammed Chowdhury
5.0 out of 5 stars As if a diary
Reviewed in Canada on August 13, 2020
Verified Purchase
To guide my grand children writing skills
Read more
Report abuse
See all reviews