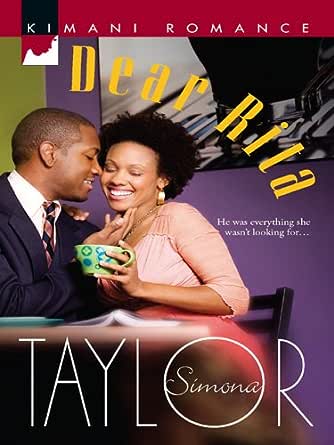 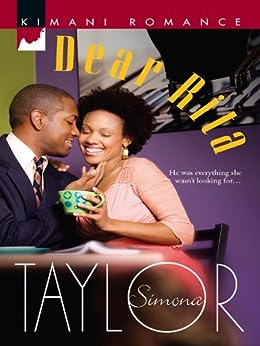 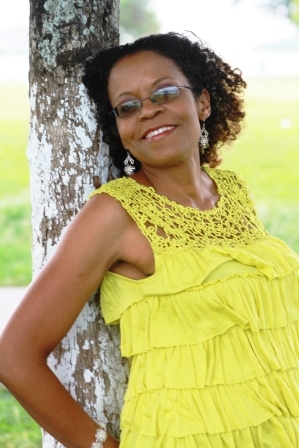 Simona Taylor dreams up scorching romance in her native Caribbean island of Trinidad. She's found a sensual setting is half the pleasure to be found in reading—and writing—a book. While Simona loves to show off the charms of Trinidad and its sister island, Tobago, she has also set her romances in the south of France, Barcelona, Martinique, and the fictional city of Santa Amata in the eastern United States. She has three literary novels under her real name, Roslyn Carrington. --This text refers to an alternate kindle_edition edition.

Spam… How in the world did people dream up half this stuff? And who in the world was crazy enough to buy it? Rita held down the Delete key and shook her head. She had no intention of buying cheap aphrodisiacs online, had no cellulite to speak of and was quite happy with the extra eight pounds or so she carried around on her five-foot-six-inch frame. After all, on the scale of the universe, what was an extra eight pounds?

But spammers certainly made life difficult, especially when her job involved spending hours online each day. People out there relied on her, women who were hurting and confused, who needed her help. Clearing junk mail took longer and longer every day, and when you worked freelance, time was money.

She settled into her Starbucks seat, glad that she had come early enough to bag her favorite, a comfy, funky one near the window, and slurped on her thick, aromatic White Chocolate Mocha. Rita knew her frailties, and coffee was one of them. She could start the day without food. She could start the day without air, if it came to that. But caffeine? Noooo.

She patted her mocha mustache with a napkin and got down to work. A dozen e-mails down, she found a likely prospect.

My husband and I share a computer. Last night I was surfing the Net when I began to type in the address of a Web site I wanted. Guess what? The Auto-complete feature was on, and before I could finish typing, another address popped up. It was a singles Web site specializing in girls under thirty. My husband is fifty-two, and we've been married twenty-nine years. Rita, I'm devastated. My husband's registration dates back almost a year, and he's been using another name, claiming that he's only forty-one, and single.

Is it just a phase? Hopeful

What do you do? Try to figure out his password (it usually isn't all that hard), go into his account with the Web site and cancel it. Then look through his History, dig around in his cookies and Temporary Internet Files, and try to find out where else he's been. If he has memberships in any other sites, cancel those. Then sit back and wait.

Next time he tries to access the site, he'll know you know. The measure of the man is what he does next. Either he'll stay quiet, in which case he's a coward as well as a cheat, or he'll 'fess up, in which case he's honest—for a stinking cheat, that is.

Either way, any man who passes himself off as being ten years younger just to chase women has issues. Is it a phase? Probably. Should you sit back and accept it? No. Either thrash it out before he gets lost in cyberspace, or toss him in the Recycle Bin. Your choice. But I've got to tell you, honey, in your shoes, I'd cut the stinker loose and go find a Web site that specializes in men under thirty… Rita

And that was why she loved the Dear Rita job. Niobe, a glossy, chatty magazine for women, came out in hard copy monthly. With a wide ethnic base and a decent print run, it was chock-full of everything a women's magazine should have: fashion, makeup, financial advice, contests and giveaways and an advice column. Her advice column.

Even better, her column ran weekly in the online version of Niobe, creating four times the income for her, and four times the chances to provide a sympathetic ear for sisters in need. It didn't get much better than that.

She opened up another e-mail.

Holler at ya Rita girl!

Big-ups on your column! You're a hoot! I have to ask you something. I'm seventeen and still in High School. I've been going with a college junior for five months, and he is totally phat!!;-) I'm a virgin and I want to save myself for marriage. (Don't laugh, my Grandma is a preacher and she'd kill me!) He says he understands.

Thing is, he's been having sex with other girls. He told me so himself. Not a whole lot. Only once a week or so. He says he loves me and all, but he's a grown man and has needs.

My girlfriends say he's a dawg and he could get me sick and I should kick him to the curb, but I love him so awful much, and plus he is so, so cute!! ;-)!

Rita tapped out an answer, wishing she could thump the girl on the head while she was doing so.

I think your friends are right.

She hoped the silly little girl took the hint, but she wasn't banking on it. What was it with these young women nowadays? Why were they in such a hurry? Was there no more room in the world for friendship rings and promise pins, she groused to herself, feeling a good sixty years older than the twenty-seven she really was.

From deep in the recesses of her coat pocket, her cell phone rang. She fumbled, trying to fish it out, and dropped it on the floor. It survived, but by the time she retrieved it, it had stopped ringing. She recognized the number at once. Beatrix.

She took a few deep breaths. The right thing to do would be to call her mother back. But the idea of it brought a twinge of anxiety to the pit of her stomach. She hadn't spoken to her mother in, what, a week, maybe two?

She could ignore the call, at least for a day or so, and then plead deadlines, but that would be a bug-eating lie. She was on top of her deadlines for the time being, and it wasn't as though her social calendar was all penciled in. Besides, the daughter's rulebook said that a mother's call had to be returned, even if it amounted to buying an economy-sized bag of trouble at the discount store. She hit Recall.

Her mother picked up. "Rita! Sweetheart! Are you all right?"

"Glad to hear it. I thought you'd fallen off the edge of the Earth. And you didn't take my call just now! Did I catch you at a bad time?"

"Sure I'm not interrupting anything?"

"Bea," her mother corrected her automatically. If there was one thing Beatrix hated, it was being called Mom. It made her feel old. She'd been discouraging Rita from doing that since she was fourteen.

Rita started over contritely. "No, Bea, you weren't interrupting anything. I'm in the coffee shop, actually."

"With someone?" Beatrix sounded hopeful.

"No." Rita tried not to sound too sharp. It was just that whenever she and her mother—or her father, for that matter—talked, the conversation always swung around to Rita's rank among the unattached. Every time she asserted her loner status, the response was surprise and disappointment. Beatrix, especially, seemed to think that SantaAmata was a metropolitan version of Temptation Island, throbbing with sexy young singles just waiting to hook up. It was downright ridiculous. In spite of all evidence to the contrary, Beatrix remained hopeful that once, just once, Rita's story would be a little more titillating. She was like an older sister who sat up on a Saturday night waiting for her younger sister to come home from a date with the boy next door, hoping that the news would be juicy.

But neither of them was a teenager, and there was no boy next door, or high school sweetheart, or football hero, or break dancer or biker boy. As far as Rita was concerned, Beatrix needed to grow up.

"I hate to disappoint you, Bea, but I'm alone."

"Well, a coffee shop's not so bad. Lots of young businessmen fueling up on their way to work. Nice and creative ad execs. Pinstriped suits from Banker's Row. Yummy. You should start up a conversation with one or two. They're not as stuffy as you'd think, you know. Trust me." She could almost hear her mother wink.

"I'm writing," Rita answered pointedly. "It's how I get paid. I haven't got time to throw myself at strangers."

She thought she heard her mother mumble, "Might do you some good."

"Nothing, kiddo." Bea went quiet for a while, then sighed.

"No, thanks," Rita said hastily. She wasn't sure she wanted to know what Beatrix had on offer this time.

"Because, you know, speaking of writing…"

Rita braced herself. Moving from her dismal, manless state to her abysmal writing was only the second verse in an all too familiar song.

"I read your column last week…"

"And I was thinking…"

Bea went on. "I was just thinking, you know, sweetheart, if you ever need a few pointers… For example, what you said to Fidgety in Phoenix? Well, I don't agree with you. This poor woman was having serious sexual issues, and I don't think you took the right approach. You had the wrong perspective. Not that you probably could have had the right one, given the fact that you choose to live your life in cloisters."

"I do not," Rita managed. "And there's nothing wrong with what I said to Fidgety." Her throat was tightening up, and it was the kind of automatic response that even a swig of her favorite coffee couldn't fix. Being a relationship writer, seeking out the right words with which to say the right things, was enough of a challenge. Being a relationship writer, and living in the shadow of parents whose two blockbusters on sex and relationships had taken up permanent residence on every bestseller list in Christendom, and whose names were buzz words on the talk-show circuit, was a different story. Beatrix was a sexologist with a collection of erotic art that made her cocktail parties a hit. Her father was an anthropologist whose doctoral thesis on the primal nature of human sexuality was still one of the most requested documents in half the universities on the East Coast. As proud as she was of them, it didn't cheer her up to know they scrutinized every word she wrote.

Beatrix was undeterred. "Feel free to run your column by me next time. It wouldn't b... --This text refers to an alternate kindle_edition edition.