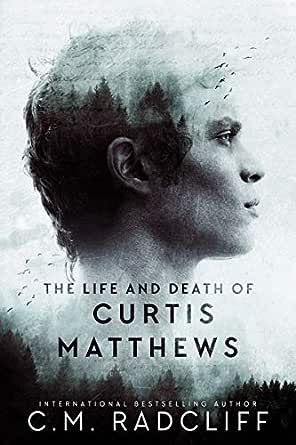 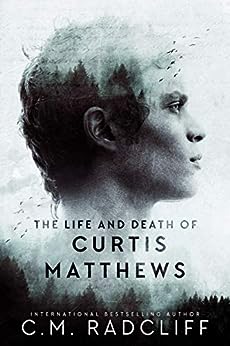 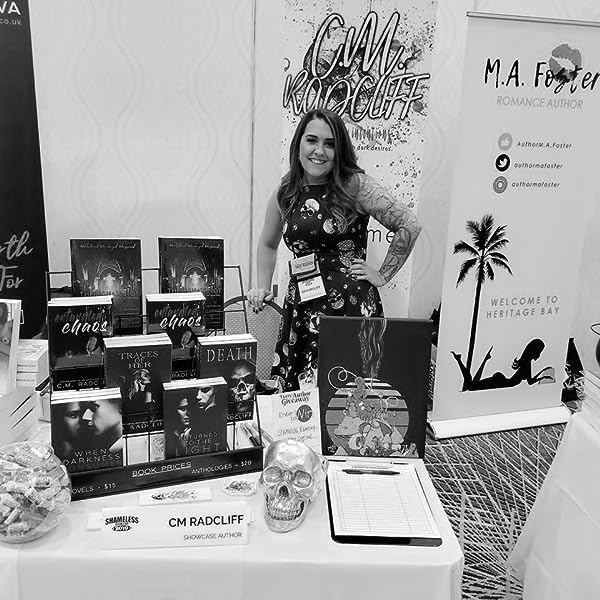 The Life and Death of Curtis Matthews Kindle Edition

4.7 out of 5 stars
4.7 out of 5
61 customer ratings
How does Amazon calculate star ratings?
Amazon calculates a product’s star ratings based on a machine learned model instead of a raw data average. The model takes into account factors including the age of a rating, whether the ratings are from verified purchasers, and factors that establish reviewer trustworthiness.

Mali Mor ❤ The Romantic Blogger
4.0 out of 5 stars NOT what I expected!!!
Reviewed in the United States on October 16, 2019
Verified Purchase
I accidentally came across this book... The cover intrigued me and the blurb pulled me in... but it was really NOT what I expected!

30-year-old Curtis is a prisoner in a guarded prison, awaiting for his execution. He agreed to meet a journalist named Christine so he could tell her his story... He has nothing more to lose... But when will he begin? After all, since birth, his life has not been easy - To say the least.

I'll admit, it is hard for me to connect with characters who do extreme acts of violence - I knew what his sentence was, but I didn't know what he actually did... so I really liked that Curtis didn't try to justify his actions... He was torment because of them.

The plot jumps from past to present - from age 6 to adulthood. This is not a sweet story, it's dark with harsh descriptions (Note: this is NOT a novel of any kind!!! This is a dark psychological thriller!!!) about an innocent child who has been humiliated, bullied, neglected and experienced violence from his parents, kids at school and from the only girl he ever loved... And that made him became who he is - a man pushed to the edge.

This book broke my heart!!! There is no romance here, only a presentation of his life in the most real way possible - like watching a documentary. The book proved how easy it is to break an innocent soul... how important it is to keep children from bullying and violence.

It is not a novel and it is not an optimistic story, it doesn't have a love story, so it's not for everyone! I think the writer's goal was to shock, raise awareness and leave a mark - and she certainly succeeded... because there is no way I will EVER forget this book!

So if you ever wondered how an innocent child becomes a dangerous man and if you want to hate all humanity (LOL)... you have to read this book!!!
Read more

Book Boyfriend Whoarder Mari
5.0 out of 5 stars Dark, raw and gritty emotional rollercoaster.
Reviewed in the United States on July 25, 2019
Death by CM Radcliff is a story like no others.

This is not a romance, but it is a journey we witness and immerse our own emotions in.

We see Curtis grow and develop as a character, we feel and go through the motions alongside him. His story is a beautiful tragedy that will pull you in. This book will push buttons you didn’t know could be pushed.

When an author humanizes what society deems a villain, but does it so well you can’t find it in your heart to fault that character, you know you’re reading a great story.

That’s exactly what Radcliff does here, you attach your own emotions to Curtis, you feel for him, you cry for him, you become angry for him. You’re left at the end, distraught, not by what society would think is normal, no you are pissed off because this character deserved more. Unfortunately life and everyone in it failed him, yet as a reader you cannot fault him for his actions. I couldn’t. And I still can’t.

There is no monster under the bed, no evil lurking in the shadows, only pain. Pain that no person should ever go through. Pain that you will feel in this well written coming of age tragedy.
Read more
27 people found this helpful
Helpful
Comment Report abuse

terri handschumacher
4.0 out of 5 stars A raw and soul gripping story
Reviewed in the United States on March 30, 2020
Verified Purchase
I am writing this review with my heart still racing after just reading the words THE END...

How can I tell you how emotionally wrecking this book was, but make sure that you understand that I actually say this not as a bad thing. Well let's just see if I'm able to do this with the justice that it deserves...

This book was one that I really didn't know what I was getting into when I first picked it up. And then the next thing I know I'm in the story that I found myself having to walk away at times, due to the emotions that were going through me. The story that is written in the pages of this book was one that was so real. Curtis's story could be that of anyone in this life that we live in. The way that Radcliff weaved this story the reader isn't just showed the man, but also the little things that made him who he is. There are many things that make a person what they are and this is a story that shows just that.

The only way that Curtis sees himself is that of a monster that is getting what he deserves, death. But, as he shares the story that is his life is he really the monster that he sees himself as being. Its the story of the little boy names Curtis that made me have to put this book down for a moment so that I could get my emotions in check. It was the way that this poor boy endured everything that he had to in order to live. Then the story of the teenager that made my heart break into pieces, when it was showed what he didn't only go thru at home but also at school. We are showed the breaking point that anyone would reach, that lead to his downfall. Finally we are showed Curtis the man that excepts his end.

I know that this story had to be a tough one for Radcliff to write, mainly because it was a hard one to read. Yet this is a story that needed to be written. When I first went into this book I didn't know what I was suppose to feel when you are first introduced to the Curtis. Was I suppose to go in knowing that he was not someone that deserved sympathy, or was he one that as a reader I was to be completely open minded with. I'm glad that I went in with an open mind. I did so by not reading the blurp or any reviews of this book. And that was the right way to go, because I was able to feel all the emotions that was bleeding off the pages. And yes the way that Radcliff wrote this story you cannot help but feel all the emotions that are going through Curtis from the first page till the end.
Read more
Helpful
Comment Report abuse

Jaime Reynolds
5.0 out of 5 stars Raw, emotional story
Reviewed in the United States on July 25, 2019
Verified Purchase
Utterly speechless and emotionally broken. Definitely not for the faint of heart and there is no happily ever after. This is a raw, emotional look at situations that no one wants to deal with but happen everyday. I go into every one of her stories with an open mind because I never know what to expect or the level of emotions it will rip from me. This is one of her best, if not the best, she has written. My mind is blown and her brilliance continues to shine in every piece of writing. A story I will never forget.
Read more
2 people found this helpful
Helpful
Comment Report abuse
See all reviews from the United States

missd24
5.0 out of 5 stars Top 2019 read
Reviewed in the United Kingdom on July 25, 2019
Verified Purchase
On my list of top reads of 2019!
Absolutely loved this book and cannot tell you how much it moved me.
We follow Curtis and his family through his life and what battles he's faced along the way that have a knock on effect to where he is today.
It is raw, gritty, sad, horrifying, in no way a romance or even a HEA and i could not put it down.
It's very rare i find characters that move me so much i wish they were human but Curtis is certainly one of them. This will definitely be a book i reread and glad to have the paperback on my shelf.
Read more
Helpful
Sending feedback...
Thank you for your feedback.
Sorry, we failed to record your vote. Please try again
Report abuse

karlie lindsay
5.0 out of 5 stars Dark,gritty and heartbreaking,loved it
Reviewed in Australia on July 25, 2019
Verified Purchase
If I could give this book more than 5 stars I would.
This book is heart breaking and has some horrible,dark situations written in it,but cali has done it brilliantly,definitely not for the faint hearted,but I urge you to please give it a go.ome of my top reads this year
Read more
Helpful
Sending feedback...
Thank you for your feedback.
Sorry, we failed to record your vote. Please try again
Report abuse