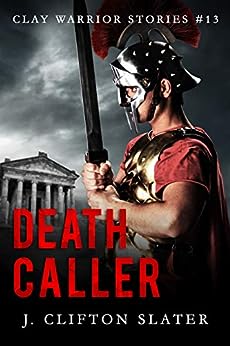 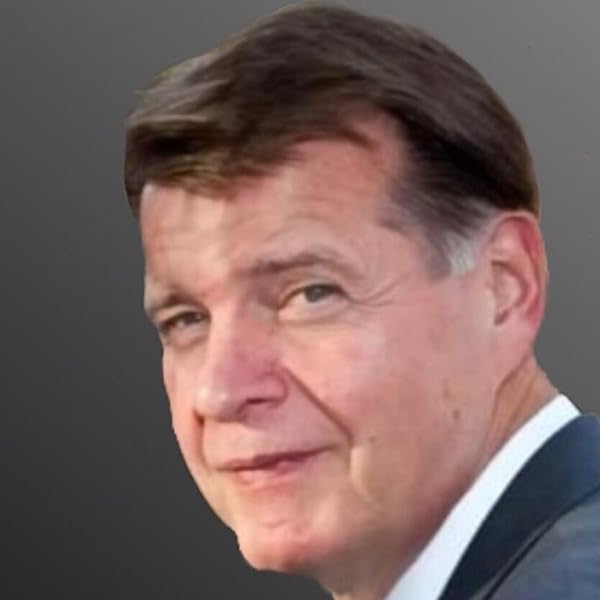 A clash of deities…

“You claim to speak for the Sky Father. That must give you an amazing feeling of power,” Alerio suggested. “But Priest of Jupiter, the Goddess Nenia speaks through me. And it is not a feeling of power. In fact, the voice of death creates a sensation of hopelessness.”

The expanding war with the Qart Hadasht Empire is changing the Republic’s military supply structure. Suppling scattered Legions and far-flung naval squadrons are overextending the provincial quartermaster system. Growing awkwardly to handle the needs, the military organizations are evolving, slowly. Now evil men have found a way to profit from the disorganization.

The mission for Alerio Sisera is to bring the thieves to justice. But the Tribune has no idea exposing a criminal enterprise will cause a clash between a God and a Goddess. And require vengeance from his alter ego, Death Caller.

Death Caller is book #13 in the Clay Warrior Stories series

The Clay Warrior Stories are deeply researched historical fiction combined with high adventure. There are no dragons, wizards, or magic spells. Just blades and men skilled in the art of war, living in a time when empires clashed. An era when death rode on the edge of sharp steel and only the lucky or the good walked away from a fight.

I write military adventure both future and ancient

Other books by J. Clifton Slater

#1 Hawk of the Sorcerer Queen

#2 Magic and the Rage of Intent

My Three Rules of Writing

1. It must be History before it is Story

2. It must be Science before it is Fiction

3. Movement and plot shall be choreographed

I am a military brat and a USMC veteran (1968-1971). Until I transitioned to writing full time, I worked in advertising & marketing.

After six years of night school, I graduated from the University of Maryland in 1987. My hobbies include Martial Arts and gaming on my X-Box 360 (favorites include Elder Scrolls, Fallout and other RPGs). I live with my wife and three rescue dogs.

Why do my novels have so many locations and foreign names?

My life has been a journey of flow-through-people with books as the only constant. I moved from Springfield Massachusetts to Tacoma Washington; Dover Delaware to Rome Italy; Greenville South Carolina to Morocco; Cape Canaveral Florida to the Panama Canal Zone; Charleston South Carolina to the Republic of Vietnam; College Park Maryland to Las Vegas Nevada. Most people remember friends from elementary school. I can't remember the three elementary schools I attended. But, I do remember reading books.

Who gave me the push to write?

After my wife found piles of paperback books in a spare bedroom, she said, “Write your own novel”. She may have been facetious, but this was the beginning of my 14 year quest to find a story.

Why Historical Fiction for the Clay Warrior Stories and A Legion Archer series?

Beyond my love of Science Fiction, I am fascinated by history. There are few book set in the Roman Republic before the Roman Empire. Prior to the Punic Wars, Rome and the Legion had 200 years of history. I've researched this ancient world where making steel and clay bricks were the height of technology. Hopefully, you'll enjoy the stories.

Other than history, I love space operas and science fiction. So, when I set out to write my first series, it had to be Science Fiction. An article in Forbes magazine triggered my start. The article told of a mineral, Erbium, used to coat fiber optic cables. I began a story about a mining operation on a small planet. It had a marvelous geo-synced transportation system to collect the ore. As I wrote, my mind began to ask questions. Where does the Erbium go? Who smelts it? Who is the end user? The answers to these question grew until the Galactic Council Realm began to form.

I write military adventures both future and ancient.

A Legion Archer series follows Cornelius Scipio, who would become one of Rome's greatest generals, and Jace Kasia, an archer who saves him. When Hannibal Barca invaded, he began the 2nd Punic War and almost brought an end to the Roman Republic. Hard times require men of courage and daring. Thankfully, Cornelius and Jace have both of those. Welcome to 218 B.C.

Clay Warrior Stories series follows the exploits of Alerio Sisera. He's a young swordsmen who climbs the ranks of the Roman Legion. During the 1st Punic War, the Legions were seasonal, not the full-time Imperials Legions and they were messy.. Welcome to 264 B.C.

If you have comments on any of my books, please e-mail me. I'd love to hear from you.

For blogs on ancient Rome, to see the progress on my books, or to sign up for my monthly Author Report go to

Until we meet in person or chat online, I wish you faith, courage, and enthusiasm.

T. R. Harris
5.0 out of 5 stars Another excellent adventure!
Reviewed in the United States 🇺🇸 on October 16, 2020
Verified Purchase
Alerio keeps on the move, going to sea before returning to Rome for more intrigue and ancient butt-kicking. Slater has more twists and turns in this one than most of the other books in the series, making this a mystery to be solved. Of course, there are the bad guys giving him grief ... at least for a while. Alerio's enemies never seem to last too long. I wonder why that is? Great read, highly recommended. And I must say, J. Clifton Slater is perfecting his craft. Each book in the series keeps getting better and better.
Read more
Helpful
Report abuse

Kindle Customer
5.0 out of 5 stars Couldn't put it down
Reviewed in the United States 🇺🇸 on October 15, 2020
Each book is a joy to read and I really liked the twist and turns of the plot in this one. I read it all start to finish in one sitting couldn't put it down. I always look forward to each new book in this series. I am very thankful for the author to keep writing these books. I recommend this to anyone who like the underdog and romna history. Someone looking for unconventional guy to do the right thing and survive crazy situations.
Read more
Helpful
Report abuse

Lou
5.0 out of 5 stars Death Caller
Reviewed in the United States 🇺🇸 on October 30, 2020
Those who cross Tribune Alerio Sisera find out the hard way that his connection with the Goddess Nenia is as real as the swords and daggers he wields. Regardless of station you cross the young Tribune you might end up losing far more than your gold coins.
Read more
Helpful
Report abuse

KZ
5.0 out of 5 stars Great
Reviewed in the United States 🇺🇸 on November 10, 2020
As always I thoroughly enjoyed reading this addition to the series and look forward to reading the next book. Enjoy.
Read more
Helpful
Report abuse

MD in Orlando
3.0 out of 5 stars Not Slater's Best
Reviewed in the United States 🇺🇸 on November 3, 2020
There were quite a few typos in this book and the story line was not as gripping as any of the 12 others in the series. I love the hero and the setting. It has been fun watching Alerio rise in the ranks and escape the many traps (physical and political) that he finds himself in. However, this particular story line feels cobbled together and for me lets the reader down from my usual high expectations. I'll continue to follow along because I'm hooked but Mr. Slater you can do better than this. You've proven it. Proof read!
Read more
Helpful
Report abuse
See all reviews

SOLI DEO GLORIA
5.0 out of 5 stars LIKED IT A LOT
Reviewed in the United Kingdom 🇬🇧 on November 15, 2020
Verified Purchase
As with all the other 12 books, in this series: 'The Clay Warriors Stories', this "LUCKY 13" 'book was no exception, I liked it a lot that I cannot wait for the '14' in the series to become available in Hardcover/Paperback.
Read more
Report abuse

Dave
4.0 out of 5 stars Corruption in the Priesthood
Reviewed in Australia 🇦🇺 on December 13, 2020
Verified Purchase
Another good story in the series. This time Alerio is used by the Legion to uncover corruption in the supply chain, and comes up against the Temple priests and others involved.
Read more
Report abuse
See all reviews
Report an issue
Does this item contain inappropriate content?
Report
Do you believe that this item violates a copyright?
Report
Does this item contain quality or formatting issues?
Report