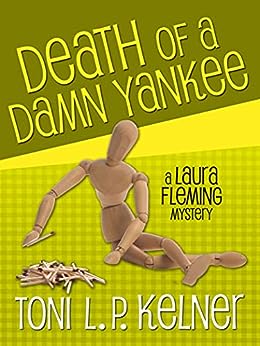 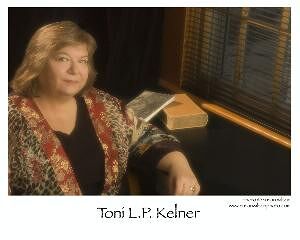 by Toni L. P. Kelner (Author) Format: Kindle Edition
See all formats and editions
Sorry, there was a problem loading this page. Try again.
A Boston woman visiting her Southern hometown must smoke out a fire-starting killer in this cozy mystery by a New York Times–bestselling author.

Laura Fleming is always happy to visit her ever-extending family in Byerly, North Carolina. This time, though, it’s not kin calling her back home, but businessman Burt Walters. Burt’s hoping Laura can dig up dirt on Marshall and Grace Saunders, proposed buyers of Walters Mill.

Laura knows Burt has good reasons for opposing the deal, and not just because the Saunderses are Yankees. But the mill has long been Byerly’s bread-and-butter, and stakes are high. Half her family is pro-buyout and half against—Laura’s Shakespeare-quoting husband, Richard, likens it to the feud between the Montagues and the Capulets, only nastier. Soon it’s more than tempers flaring, for a spate of suspicious fires culminates in Marshall’s death. With her cousin Linwood a prime suspect, Laura is called to uncover the truth. Amid a mess of double-crossing, blackmail and fraud, she sets a trap to catch a killer—but may catch more than she bargained for…

Toni LP Kelner is an award-winning author of three mystery series: the eight Laura Fleming novels and related short stories; the Where Are They Now? series, which includes three novels and a forthcoming short story; and the Family Skeleton series, which consists of four books with a fifth forthcoming.

Over twenty years ago, Agatha award winner Toni L.P. Kelner moved up north, and after years of being told to write-what-you-know, discovered that what she knew about was the South and murder. Well, the murder part is mostly research, but she's a born-and-bred Southerner. Soon after her move she started writing the Laura Fleming mysteries about a North Carolinian transplanted to Massachusetts. (Wonder where she got that idea....)

After eight books and a number of short in that series, she tackled writing with a northern accent to produce the three books of the Where are they now? series about Tilda Harper, a Boston-based freelance entertainment reporter.

In the midst of that, she teamed up with NY bestseller Charlaine Harris--another Southerner--to co-edit urban fantasy anthologies. They've published five and GAMES CREATURES PLAY, their sixth, is due out in April 2014.

Kelner is also a prolific short story writer, and has published over two dozen for various anthologies and magazines. They're all mysteries, but feature vampires, witches, pirates, PIs, zombies, and demonic phone calls. Her stories have been nominated multiple times for the Agatha, the Anthony, the Macavity, and the Derringer, and she won the Agatha for "Sleeping With the Plush."

After two series under her own name, Kelner added the pen name Leigh Perry, and started publishing the Family Skeleton Mysteries. A SKELETON IN THE FAMILY, the first, was released in Sept. 2013, with THE SKELETON TAKES A BOW due out in Sept. 2014.

Kindle Customer
5.0 out of 5 stars Death of a Damn Yankee (A Laura Fleming Mystery Book 6)
Reviewed in the United States on July 21, 2014
Verified Purchase
Toni Kelner's Laura Fleming mysteries just "keep getting better". , Laura Fleming returns once again to her hometown of Byerly, North Carolina. To the folks of Byerly, carpetbaggers rank right up there in popularity with death and taxes. So when Northerners Marshall and Grace Saunders try to buy out the town's largest mill, it's no shock the proposed sale nearly causes a second Civil War. But Laura is surprised when the mill's president, Butt Walters, confidentially asks her to muckrake through the Saunders' backgrounds, even though Big Bill Walters, Burt's dad, the controlling owner of the mill, wants to sell. Matters grow even more complicated when the Byerly fire brigade pulls Marshall Saunders' body from a burning barn, and police name Laura's cousin Linwood as the number one suspect. Now, a twisted pyromaniac is on the loose and if Laura doesn't untangle the myriad deceptions surrounding a small city of suspects, the mill - and her life - may soon go up in smoke. This series keeps getting better and better the more I read. I have looked head to the next two books and see there are no more after them. I sure hope she continues to write the Laura Fleming Series. The Charaters in this series are very relatable. The story grabs you through the end of the story making you want to read the next book. Great series.
Read more
Helpful
Report abuse

Aus cosy fan
5.0 out of 5 stars Worth waiting for
Reviewed in the United States on March 10, 2014
Verified Purchase
A few years ago I found a dusty copy of "Tight as a Tick" the 5th book in this series in a 2nd hand bookshop. I really enjoyed the book and wanted to read the rest of the series, I managed to get hold of more in the series but had to wait until the rest became ebooks to complete the story of Laura & Richard Fleming and their adventure filled trips when visiting her family in North Carolina. Laura (or Laurie Anne as she is to her family) lives and works in Boston but is often called back to her home town to help out with family troubles. In this book she is actually asked to help by Burt Walters the son of the Byerly mill owner. He is hoping she can dig up some dirt on the prospective Yankee buyers of the mill. As most of her family are employed at the mill Laura and Richard find themselves torn between competing interest.
Although this story is a murder mystery it also deals with the vexed problem of a clash between the union and the mill in which Laura's family are deeply involved as well as an outbreak of arson. Once again Laura and Richard are called upon to help smooth family relations. I really enjoyed all the books in the series particularly the character development and getting to know the family better. This is a book full of gentle humour and it feels like a real picture of a time and a place,
Read more
Helpful
Report abuse

Hilary E. Ayer
5.0 out of 5 stars Kelner is great!
Reviewed in the United States on June 23, 2014
Verified Purchase
I enjoyed her short stories in several anthologies, so I decided to look her up for full length novels. They are delightful.
Read more
Helpful
Report abuse

Lora Angley
5.0 out of 5 stars It's a little strange sometimes reading the books.....
Reviewed in the United States on June 4, 2000
I live in the area where the ficitonal town of Byerly is located. Trust me. It can get a little strange sometimes reading the Laura Flemings books and see a mention of a location familar to you in a work of fiction. It's almost like you're in Wonderland where everything is familar but yet different in some way. I'll admit that it has been fun trying to figure out where Byerly is located.
Can't wait until the next book.
Read more
4 people found this helpful
Helpful
Report abuse
See all reviews