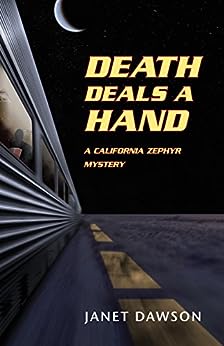 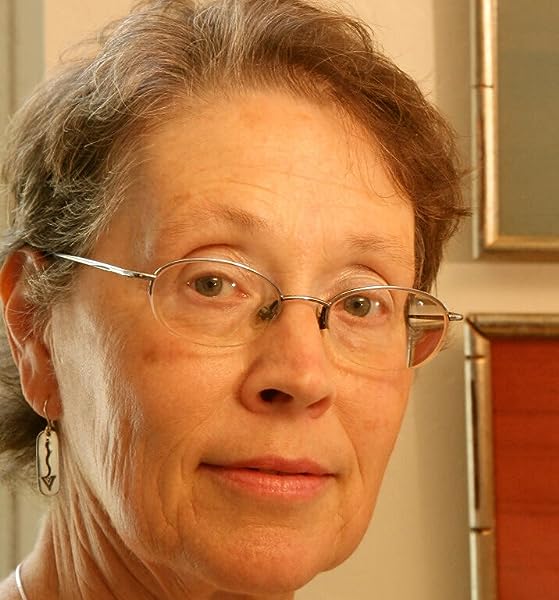 "A storied train rushes toward a date with death... Jill is a charming and intelligent heroine."
--Kirkus Reviews


"Rail enthusiasts will welcome this light mystery full of information about train travel of an earlier era."
--Publishers Weekly


"Well worth a read... a top-rate accomplishment. My interest in the plot never wavered."
--BookLoons.com


"It's a very authentic trip, rides and reads smoothly... A lovely step back in time."
--Mysterious Women

This is Janet Dawson's second mystery in the California Zephyr series. In her other series, PI Jeri Howard has sleuthed through eleven books, the first of which won the St. Martin's/PWA award and other mystery award nominations. Dawson was nominated in 2012 for Left Coast Crime's Golden Nugget Award for Bit Player. She lives in California's East Bay Region and welcomes visitors at her website. --This text refers to the paperback edition.

Thomas Boles
5.0 out of 5 stars An ideal combination: "the most talked about train" and interesting people
Reviewed in the United States on January 22, 2020
Verified Purchase
I'm biased. I rode the real California Zephyr. Janet Dawson did a marvelous job of recreating this experience. Her writing is the next best thing to a seat in a Vista Dome. She even adds the dining car treat--fresh Rocky Mountain trout--and the Zephyrette's guide to scenery and points of interest.
There was an interesting philosophical point. One of the few things I know about poker is that it is usually unwise to draw to an inside straight. Here Death apparently does this and gets away with it. But, of course, he can do things ordinary mortals cannot.
I loved the family meetings and reconciliations. The only thing missing from my rides on the Zephyr was someone to share my enjoyment of "the best seat in the house for the greatest show in the country."
Read more
Helpful
Report abuse

D. C. Shoemaker
5.0 out of 5 stars Take a Ride on the Zephyr
Reviewed in the United States on June 29, 2016
Verified Purchase
I'm not a fan of murder mysteries in general, but I genuinely love the great old trains like Santa Fe's Super Chief, which I was fortunate to ride four times, and the California Zephyr (CZ), which I rode twice, all at their peaks before 1962. In the world of murder mysteries, I can't honestly say where Death Deals a Hand fits, but it's certainly readable. Like the Zephyr, not fast-paced, but a very enjoyable ride. Where Janet Dawson shines is in the details. She lists her consultants at the conclusion of the book, and not only did they know their stuff, they shared, and she listened carefully. The detail is spectacular, and I learned something I didn't know after all these years about the Denver and Rio Grande Western locomotives*. Most would find a description of even a spectacular train like the Zephyr dull reading, but Dawson's two CZ-based books are much more than that. Highly recommended, together with her previous book, Death on the Zephyr, especially to rail fans; you might just as well have been there, 60-plus years ago.

* The D&RGW ran five of them together to get the CZ through the Rockies. I'd believed they could only run four.
Read more
One person found this helpful
Helpful
Report abuse

Richard
5.0 out of 5 stars Informative relaxing read for California Zephyr buffs.
Reviewed in the United States on June 25, 2018
Verified Purchase
I enjoyed this book as much as her first. Very informative descriptions of the California Zephyr train, and the areas it travels through. A must for railroad buffs. All the characters come to life and I felt as though I was right there to meet everyone. A pleasant casual and easy read, I have bought her third book to read now. I have nothing negative to say. Somehow I hope she can continue this series after her third book.
Read more
Helpful
Report abuse

Jack Durrett
5.0 out of 5 stars As good as Death Rides the Zephyr
Reviewed in the United States on March 14, 2018
Verified Purchase
Again, the setting is what I like about these books. The Golden Age of passenger trains such as the Twentieth Century Limited and the various "City" trains such as the City of New Orleans and the City of San Francisco. It is amazing telling the story from the perspective of the train crew. But, with jet airplane travel reducing a journey from days to hours, passenger train travel and passenger ship travel was reduced significantly. Now both of them are excursions rather than primary
Read more
Helpful
Report abuse

Amazon Customer
5.0 out of 5 stars Great California Zephyr Travel Mystery!
Reviewed in the United States on May 4, 2016
Verified Purchase
The mystery took awhile to get going, but if you love the nostalgia of the California Zephyr travel days, you will really enjoy travelling back in time.
Read more
Helpful
Report abuse

HelenH
VINE VOICE
4.0 out of 5 stars Another Delightful Mystery in this Series
Reviewed in the United States on April 1, 2016
Got a copy of this book prior to publication (won it in a contest!), and am very glad I did! Janet Dawson skillfully waves a mysterious tale while giving her historical mystery fans a delightful look at days gone by, when traveling by train -- in this case, the California Zephyr -- was a relaxing, comfortable experience. That, however, doesn't stop someone from taking exception to one of the passengers, and once again Jill McLeod, the "Zephyrette," i.e., hostess aboard the west-bound, San Francisco train is called upon to uncover a murderer. Which she does, in fine fashion.

The glimpses of passengers and train personnel are well developed, and interspersed with the fine amount of research that Ms. Dawson brings to the book (also developed in the first entry in this series), make for an entertaining tale. There's just enough backstory to keep people interested in what Jill is doing in her life (which hopefully includes many more train trips!), and she is a level-headed, entertaining protagonist in this book.

karen r
5.0 out of 5 stars Loved my second ride on the Zepher.
Reviewed in the United States on October 16, 2016
Love the time period, the details and getting to know the folks on the train. A great story well told. Janet Dawson knows how to draw you in for the ride. Thank you Ms. Dawson. I hope there are more rides for me on the California Zepher.
Read more
Helpful
Report abuse
See all reviews

J-Bar
5.0 out of 5 stars A great mini series
Reviewed in the United Kingdom on September 26, 2017
Verified Purchase
What a great find. I have loved the Jeri Howard series for years. A fascinating insight into 50s rail travel in the USA and a great story too.
Read more
Report abuse
See all reviews