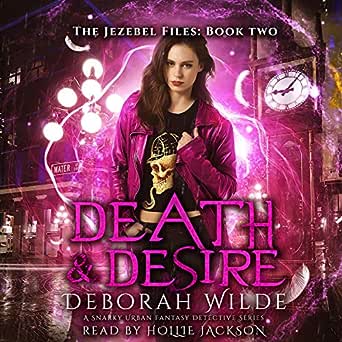 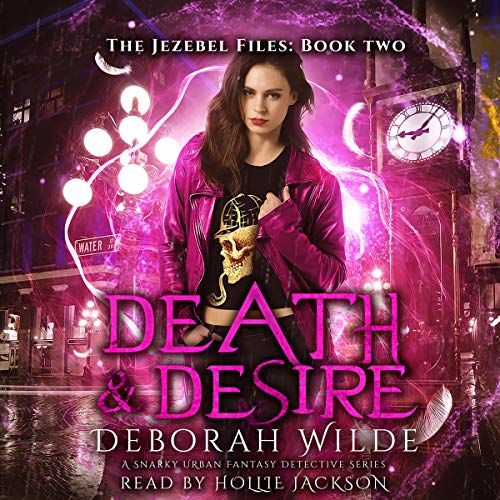 4.6 out of 5 stars
4.6 out of 5
298 global ratings
How are ratings calculated?
To calculate the overall star rating and percentage breakdown by star, we don’t use a simple average. Instead, our system considers things like how recent a review is and if the reviewer bought the item on Amazon. It also analyzes reviews to verify trustworthiness.
Top reviews

Lawmom
5.0 out of 5 stars An amazing ride that will keep you guessing along with some of the funniest lines ever!
Reviewed in the United States on March 9, 2020
Verified Purchase
Snark level - 10/10 in all areas - it’s amazing when not just the female protagonist; but every main character in the book has their own brand of “snarky” that drives the wordplay between the characters, especially Ash and Levi, who take it to a whole new level.
Ash is torn between wanting the world to know she is now a Nefresh, so she can build her PI agency to the top, and realizing that if people know that she can remove and destroy their own power, they would treat her as more of a pariah than she was when she was “just” mundane. Throw in a murder that wasn’t a murder, the constant trust/don’t trust, but hot as a firecracker, relationship she has with Levi, and the queen of Hearts threatening to turn Ash into one of her garden statues along with Ash still trying to figure out her powers; where they come from, what is their purpose, and who to trust with its knowledge, and this book is like one of those carnival rides that aren’t a smooth up and down like a roller coaster, but jerk you from one side to the next, while spinning your round and round at the same time, and then maybe upside down and backwards, just for good measure, and you have an ideal of the action and the amazing storyline that Deborah Wilde drives forward with this book. Simply amazing, and I couldn’t put it down. I get ARC’s for her books, but I like them so much that I always buy them, too, bc they are definitely keepers, and it shows the writer how much I respect her writing. Deborah’s play on words is hilarious and hilarious lines zip back and forth the entire book. RUN TO GET THIS SERIES if you haven’t already son so.
Read more
7 people found this helpful
Helpful
Report abuse

SCambra
5.0 out of 5 stars Can’t get enough!!
Reviewed in the United States on March 9, 2020
Verified Purchase
My favorite snarky, badass is back! Ash is irreverent, feisty, and I can’t get enough of her and the rest of the gang. In book two of the Jezebel Files we learn more about the Jezebels. We get some Ash and Levi sexy time and so much more. Can’t wait to see what happens next!
Read more
4 people found this helpful
Helpful
Report abuse

CS
5.0 out of 5 stars Another great book I couldn’t put down
Reviewed in the United States on March 15, 2020
Verified Purchase
Death and Desire, by Deborah Wilde is a fast past thrill ride with a smart mouthed woman leading the charge. In this second book of the series, we continue with the world Deborah has created in which some pep have power and some do not . Ash, the protagonist, is walking a tightrope between the two world and adding a third. To top it off, the non- magic society is starting to make trouble for those with magic; with non- other than Ash’s mother at the helm. This second book doesn’t loses its momentum at all as we continue down this rabbit hole.
Read more
One person found this helpful
Helpful
Report abuse

MissEntropy
5.0 out of 5 stars Enjoyable Snark
Reviewed in the United States on May 29, 2020
Verified Purchase
I loved Deborah Wilde’s “The Unlikable Demon Hunter Series” and was excited to see what new world she was going to introduce her readers too. I wasn’t disappointed. It is an enjoyable romp with plenty of snarky humor, simmering sexual tension, and unique characters. I can’t wait to read her next book in the series.
Read more
2 people found this helpful
Helpful
Report abuse

Chantelle
5.0 out of 5 stars How is she this amazing?
Reviewed in the United States on July 3, 2020
Verified Purchase
How is wilde such a fantastic writer? Her books are funny and deep and fantastic. They're intriguing and never bore. This book is fantastic with a a great character, chemistry, thrill, fantastic writing with a punch of humor. Wilde has outdone herself again!
Read more
One person found this helpful
Helpful
Report abuse

Pklagrange
4.0 out of 5 stars Fun follow up novel
Reviewed in the United States on March 23, 2020
Verified Purchase
Loved the storyline and the characters. The plot is well done as well. This book felt a little Buffy-like (despite the protests), but not enough the prevent me from enjoying the story and adding book #3 (coming in June) to my wishlist
Read more
One person found this helpful
Helpful
Report abuse

Belladona
5.0 out of 5 stars Love it
Reviewed in the United States on March 15, 2020
Verified Purchase
I’ve been hooked on Ashirah’s story since book one and book two didn’t disappoint! Wilde expertly weaves mythology into tantalizing mysterious. The only downside is waiting for the next book in this amazing series
Read more
One person found this helpful
Helpful
Report abuse
See all reviews

Nicci
4.0 out of 5 stars A gritty, snark-filled, rollercoaster of fun!
Reviewed in the United Kingdom on April 6, 2021
Verified Purchase
Death and Desire is book two in the Jezebel files and wastes no pages before jumping straight into the action! It's a snark-filled rollercoaster of fun that doesn't shy away from dark and gritty realities.
Ash has a new mystery to solve but she's not alone... Her colourful assortment of friends and frenemies are on hand to lend a hand!

Throughout the book, we learn more about the origins of Ash's powers, her relationships evolve, the world-building improves (or maybe its easier to follow after the crash course of book one?) and the series plot thickens.
Pretty much everything I said regarding book one can be applied here: Fast-paced, engrossing, and hilarious. Wonderful characters and a romance that is still very much will they/won't they (with a side dish of super-steamy fun).

Deborah Wilde writes spiky women with heart. There's bad language and hard realities galore. Characters make decisions that you'll find frustrating and people will annoy you more than they thrill you but that's part of what I've enjoyed about the first two books... This may be urban fantasy but the problems arising, the political wrangling (between those with and without magic) and the personal trials and issues of the characters are all too real.

I'm very much loving this series and will be continuing... Not to mention reading the author's other work.
Read more
Report abuse

S PARSONS
5.0 out of 5 stars Another amazing addition to s great series
Reviewed in the United Kingdom on December 5, 2020
Verified Purchase
loved it, its full of action, magic, with romance, friendships and the characters jump of the pages...a some times gritty who dunit other times so sparky I laughed out loud. This book has a bit of everything, I was hooked from page one and couldn't put it down. the audible version was excellent, the narrator captured the characters essences perfectly...really made them come to life...I highly recommend this series!
Read more
Report abuse

Dobbss
5.0 out of 5 stars A good series to get your teeth into
Reviewed in the United Kingdom on May 11, 2020
Verified Purchase
I really enjoyed this book, the second in this series and it didn’t disappoint. Ash is brilliantly sarcastic and I love how she interacts with people. Stories with the secondary characters are superb and give the plot extra depth. We learn more about the MC’s, imperious one is a hot as ever, makes you crave biscotti.

Kindle Customer
5.0 out of 5 stars Story
Reviewed in the United Kingdom on March 12, 2020
Verified Purchase
This has a story not just ott sex scenes! I loved it because the characters are developed and developing along the way. Good story can't wait for next installment asap please
Read more
Report abuse

Scott Arthur McKillop
4.0 out of 5 stars Good series but only if you like the style
Reviewed in Canada on August 19, 2020
Verified Purchase
So first off the author is someone whose style isn't for everyone and I think Snarky isn't a bad word for it. If you can read an excerpt or a chapter for free I highly recommend you do so as even fans of the mystery/urban fantasy genre mix won't all like this. That said I quite enjoyed the first two books of this series. There is a solid mystery element and a solid urban fantasy element and I enjoyed both. My issue with the second book is that there is that there was the book mystery and the series mystery and not enough time was spent on the book mystery. As far as the series goes the main characters are interesting with strengths and flaws and people actually complement each others strengths and flaws. The romance angle was interesting enough in the first book but is starting to get painful in the second but not so bad that it took away from the parts I actually wanted to read.
Read more
Report abuse
See all reviews
Back to top
Get to Know Us
Make Money with Us
Amazon Payment Products
Let Us Help You
EnglishChoose a language for shopping. United StatesChoose a country/region for shopping.
© 1996-2021, Amazon.com, Inc. or its affiliates