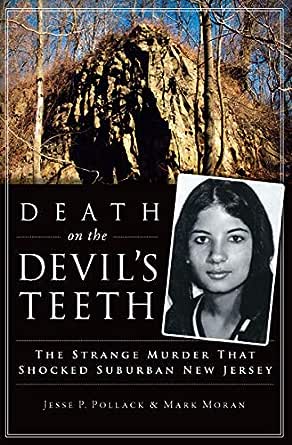 You've subscribed to True Crime! We will preorder your items within 24 hours of when they become available. When new books are released, we'll charge your default payment method for the lowest price available during the pre-order period.
Update your device or payment method, cancel individual pre-orders or your subscription at
Your Memberships & Subscriptions
There was an error. We were unable to process your subscription due to an error. Please refresh and try again. 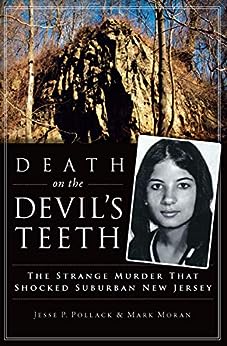 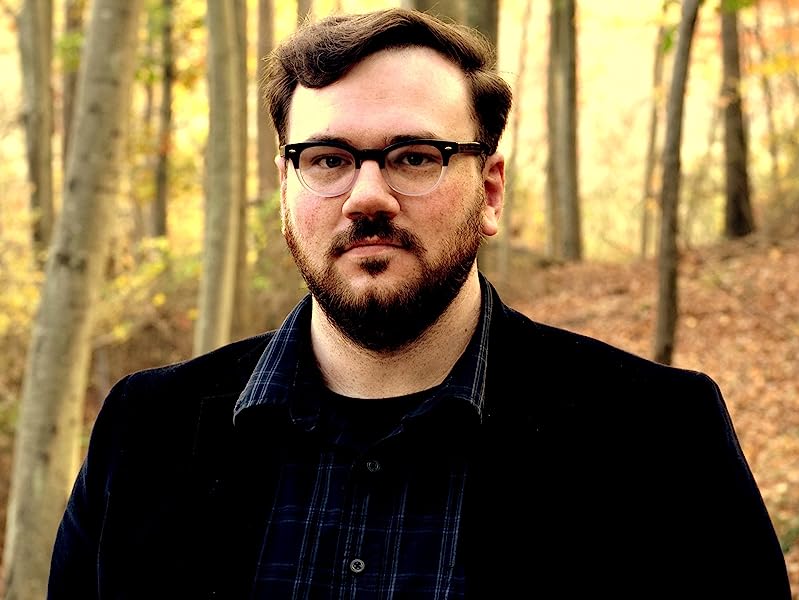 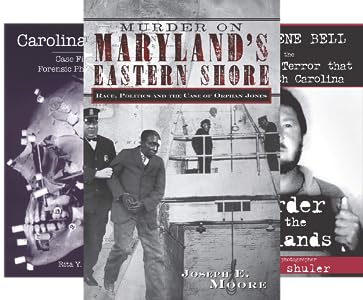 Jesse P. Pollack was born and raised in the Garden State, and has served as a contributing writer for Weird NJ magazine since 2001. Also an accomplished musician, Pollack's soundtrack work has been heard on Driving Jersey, an Emmy-nominated PBS documentary series. Death on the Devil's Teeth is his first book.


Mark Moran graduated from Parsons School of Design in New York City, where he studied fine art, illustration and photography. In the early 1990s, Moran teamed up with Mark Sceurman to create Weird NJ magazine, the ultimate travel guide to the Garden State's local legends and best-kept secrets. The magazine has since spawned several books and a History Channel television series. Moran lives with his wife and their two daughters in suburban New Jersey.
--This text refers to the paperback edition.

4.0 out of 5 stars
4 out of 5
111 customer ratings
How does Amazon calculate star ratings?
Amazon calculates a product’s star ratings based on a machine learned model instead of a raw data average. The model takes into account factors including the age of a rating, whether the ratings are from verified purchasers, and factors that establish reviewer trustworthiness.
Top Reviews

Mary K.
5.0 out of 5 stars Interesting accounting of unsolved NJ murders
Reviewed in the United States on January 11, 2018
Verified Purchase
I wanted to read this book because I grew up in the area. I don't remember Jeanette's murder but vividly remember some of the other murders that took place around the same time (Joan Kramer & John List). The book is written by 2 writers from the Weird New Jersey magazine. It's a little choppy in parts and sometimes leads you down a path that goes no where but the information is interesting and shines a light on several unsolved murders that happened in the early 1970's. I'd say if you grew up in any of the towns mentioned or you have an interest in true crime this is a good read.
Read more
10 people found this helpful
Helpful
Comment Report abuse

Kathleen M. Collins
5.0 out of 5 stars If you love true crime mysteries...you will enjoy this book!
Reviewed in the United States on October 6, 2018
Verified Purchase
Such an interesting story. It's an actual account of the investigation of a mysterious, as yet unsolved, murder case in suburban New Jersey in the 1970's. As a native New Jerseyan, I found the details riveting, recognized many of the location details and absolutely came away with a better understanding of this case and an opinion of what probably transpired.
Read more
4 people found this helpful
Helpful
Comment Report abuse

J. Force
3.0 out of 5 stars Interesting if you’re from NJ.
Reviewed in the United States on April 11, 2018
Verified Purchase
Fairly easy read and held my attention. That being said, I live locally so I found the material intriguing. I don’t believe I would’ve enjoyed this book if I weren’t from New Jersey. It does jump around quite a bit and some parts can be a bit dull. Ultimately there isn’t much closure, which I suppose isn’t the authors’ fault, but the conclusion of the book was a bit of a letdown.
Read more
6 people found this helpful
Helpful
Comment Report abuse

KM
5.0 out of 5 stars If you liked the "Serial" podcast
Reviewed in the United States on July 26, 2015
Verified Purchase
Having grown up nearby, I first heard about the unsolved case years ago and I found myself checking for updates every few months after that. For some reason, Jeannette always stuck with me even after I moved away. I was excited to see a book was being put together when I looked up the case again a few months back - the book did not let me down. I finished it in just a few days.

The book presents a thorough look at the usual aspects of a true crime story - the victim, her home life and family, the town, and detailed descriptions of the scene of the crime. The authors interviewed many people connected to the case whose statements often contradicted the memories of others. While it could be frustrating at times, I appreciated the authors presenting the differing testimonials alongside actual facts and letting the reader decide who to believe. In addition, the authors researched other crimes in the area with potential links to the murder that really gave a sense of time and place. If you liked the "Serial" podcast, this book will definitely be something you would like - it has a very similar feel and structure with each chapter leaving you needing to know more.

There's a lot of information presented in the book, but the one thing that struck a chord with me was how no one really seemed to know the teenage victim, Jeannette - she comes off as pretty mysterious. Friends and surviving family are interviewed about her but they give such varying accounts that it left me feeling like no one really knew her at all. I guess that's part of being sixteen years old though, and Jeannette would never get the chance to figure out who she was either which is part of what makes the whole thing so sad. Without giving too much away, it will become clear when reading the book that the authors did more 40 years later to avenge the murder than any police agency did back when it happened. I hope the book is a success and wakes someone up at the prosecutor's office or Springfield Police who may have more information or who might be able to locate the "lost" files. Even if it doesn't, the authors should be proud to have put together such a compelling account.

Amy Jessup
5.0 out of 5 stars Herculean Effort to put right a horrific time
Reviewed in the United States on April 23, 2016
Verified Purchase
I began reading this out of my own curiosities. And I wasn't disappointed. I couldn't put the book down! And for this Mom of four, it was a most captivating compilation of all available information that could be gathered. Five stars all the way.
Jesse P. Pollack and Mark Moran have really dug far and wide in their search for the truth and made impressive headway. Especially considering all the road blocks and potential, intentional police/civilian cover-ups and egotistical behaviors. To those who helped these great authors, Thank you. It's tragic what happened, and more so because this case, and others, are still unsolved.
May this book bring more answers to light and hopefully peace to Jeanette.
Read more
6 people found this helpful
Helpful
Comment Report abuse

Love to Read
3.0 out of 5 stars Interesting
Reviewed in the United States on June 18, 2020
Verified Purchase
It is an interesting true story. One that I haven't heard before. It is too bad that murders like this can not be solved or will not be solved. I think we are better than this to let murders like this slide through.
Read more
Helpful
Comment Report abuse

natalie palmer
5.0 out of 5 stars Highly recommended.
Reviewed in the United Kingdom on December 21, 2019
Verified Purchase
Thoroughly researched, well-written and absorbing. I had only read a brief description of this enigmatic case previously but this book tells the story as completely as possible without knowing who the perpetrator is. The book also covers a number of cases, that may be linked, in some detail. Highly recommended.
Read more
Helpful
Sending feedback...
Thank you for your feedback.
Sorry, we failed to record your vote. Please try again
Report abuse

oona
4.0 out of 5 stars Gripping
Reviewed in Canada on February 24, 2019
Verified Purchase
This book holds the readers attention right to the end. As I neared the end of the book I was hoping for a conclusion as to the murderer but was left to decide for myself,
Read more
Helpful
Sending feedback...
Thank you for your feedback.
Sorry, we failed to record your vote. Please try again
Report abuse